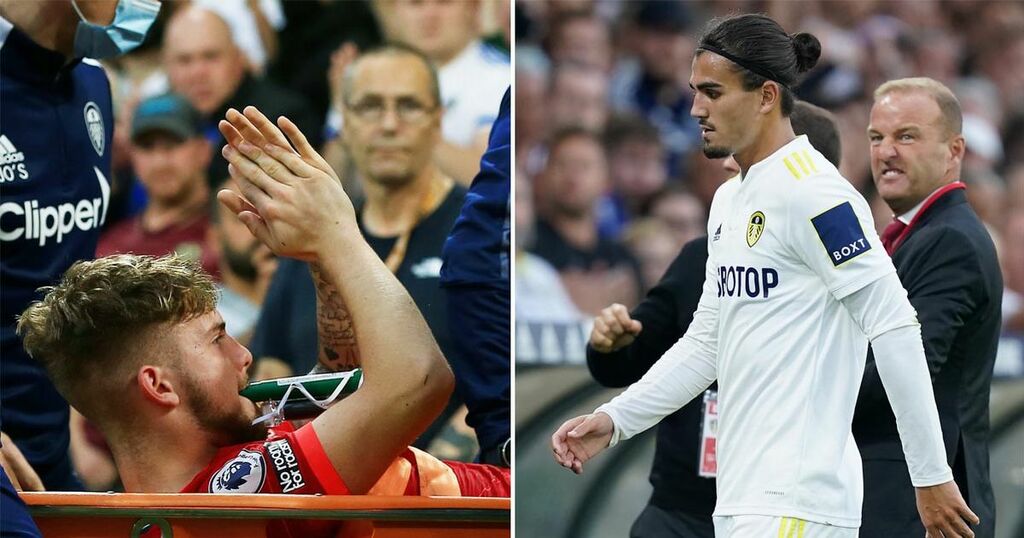 Struijk lunged in on Liverpool youngster Harvey Elliott during Sunday's Premier League clash and his tackle resulted in the 18-year-old suffering a dislocated ankle.

Elliott left the pitch on a stretcher and underwent surgery on Tuesday, while referee Craig Pawson showed Struijk a straight red card as the Reds went on to win 3-0 at Elland Road.

Leeds appealed the decision earlier this week but their attempts to have his ban overturned have been unsuccessful, with the FA's disciplinary department rejecting their plea.

That's according to The Athletic , while the FA's decision comes after Elliott himself absolved Struijk of blame for his injury.

The teenager faces many months on the sidelines as he recovers from surgery and rehabilitates, but he has acted magnanimously since the moment he was applauded off the pitch by Leeds supporters.

"[It] wasn’t his fault whatsoever," Elliott wrote in an Instagram post. "Neither was it a red card just a freak accident but these things happen in football."

Further, Elliott sent an encouraging message to Struijk, 22, telling him to "keep positive" as he learned the ban had not been overturned via social media.

Replying to an Instagram post sharing the news, he wrote: "Sorry about this, Pascal. I think it's wrong! But it'll soon blow over brother and you'll be back in no time smashing it again. Keep positive."

Pundits and fans have compared the incident to Son Heung-min's challenge on Andre Gomes which resulted in the Everton midfielder suffering an ankle break in 2019.

Son was shown a red card for the incident but Tottenham successfully appealed the decision.

Leeds have not been so fortunate and will be without versatile stalwart Struijk for their Premier League clashes with Newcastle United and West Ham United, as well as the Carabao Cup clash with Fulham.

Do you agree with the Football Association's decision not to rescind the red card? Comment below.

Meanwhile, Liverpool manager Jurgen Klopp provided an update on Elliott's condition ahead of his surgery on Tuesday.

"I spoke to him right after the game, he was in the best possible place," said Klopp of the youngster. "He had accepted already that he would be out for a while.

"He is in London and will have the surgery today. That is the next step on the way back and we all wait for news on that."

Reds goalkeeper Alisson added: "What happened with Harvey made me sad. It's difficult to deal with that when you're on the pitch.

"All the players have a big role to support him, we need to do our best in this time."

Elliott was enjoying his best run in the Liverpool first-team prior to his injury, having started three Premier League games in a row.

His lengthy spell on the sidelines will leave Klopp facing a selection headache in midfield, starting with the Champions League clash with AC Milan on Tuesday night.