But while Monte Carlo's glamour, intensity and uniqueness are the most obvious elements of the weekend that make it so popular, it has also thrown up some pretty memorable tech solutions in the past too.

Here we look at some of the craziest ideas that teams have used throughout the years in a bid to try to find extra performance.

Here we have Bruce McLaren in his M7C which featured what became known as 'guillotine wings'. These weren't new for Monaco, and that's why they don't make the main list. But, with a win at all costs culture resulting in some rather precarious versions being deployed, Monaco was the point at which the governing body stepped in and said enough is enough.

The Matra MS80 didn't feature a front mounted guillotine wing, just the high mounted rear wing which would also be banned as part of the clampdown. It is worth nothing that the car was fitted with a wider than normal front wing for the Monaco GP.

Here's Jack Brabham at the wheel of his BT26 which also featured high wings.

Ferrari's high rear wing was adjustable, with the driver able to alter the angle of the wing to reduce drag on the straights. It was a DRS-style system well ahead of its time.

In search of more front-end downforce, McLaren introduced its 'winklepicker' nose for the Monaco GP (for reference, the normal nose width is marked out with the blue dotted line). The narrower nose would allow for wider front wing elements, whilst small tabs were placed on the endplate (highlighted in yellow) so the driver could see where the wing ended from the cockpit.

Trawling through the Motorsport Images archive the other day has unearthed this gem, when McLaren trialled a low-slung rear wing in the attempt to increase downforce.

Ferrari arrived in Monaco with a specially commissioned pair of front and rear wings, both designed to interact more effectively with the bodywork at lower speeds, improving downforce and agility.

Ferrari as at it again the following year, but this time it also opted to adjust the car's wheelbase, moving the front wheel axle line in an attempt to make the car more nimble through the low speed corners.

Modelled on McLaren's mid-wing solution from a year earlier, Jordan arrived with its own variant for Monaco. Mounted astride the engine cover, the wing was not only used to create some downforce in its own right but also helped tidy up flow ahead of the rear wing.

This one is slightly cheating, as X-Wings made famous by Tyrrell were actually used at the San Marino GP, a race ahead of Monaco. However, they are still strongly associated with the street race.

Ferrari's F399 featured a high downforce rear wing configuration in Monaco. Note how the flaps (highlighted in yellow) differed (Monaco, right), with the second tier of flaps becoming the dominant factor, whilst the beam wing below saw its elements increased to three.

Jordan fitted what was considered, at the time, to be a bonkers wing on its EJ11 in 2001. As it supposedly impaired the drivers view, it was banned before the team could qualify or race with it. However, that spar in front of the driver looks to be in a mightily similar position to the Halo's forward mounting point…

Just like London buses, you wait ages for a crazy solution to come along and two appear at the same time. This time it was Arrows, which like Jordan had decided to sling something controversial on its car for the 2001 Monaco GP. And, just like Jordan's solution, it was considered a non-starter, with the stewards banning it before it could be raced. 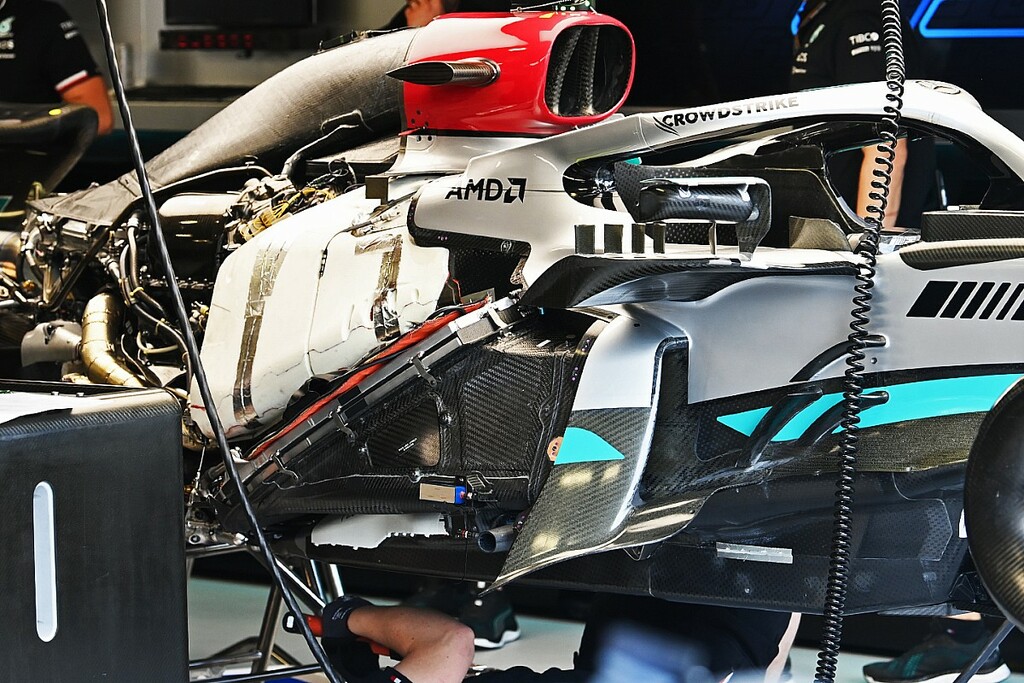 Monaco GP: Latest F1 technical images from the pitlane
Join us as we delve into the new and interesting technical features on display up and down the pitlane as…

Motorsport
One subscription that gives you access to news from hundreds of sites
Top 10 F1 Monaco GPs ranked: From Mansell to Moss