Extreme Cold Threatens New York And These Other U.S. Cities 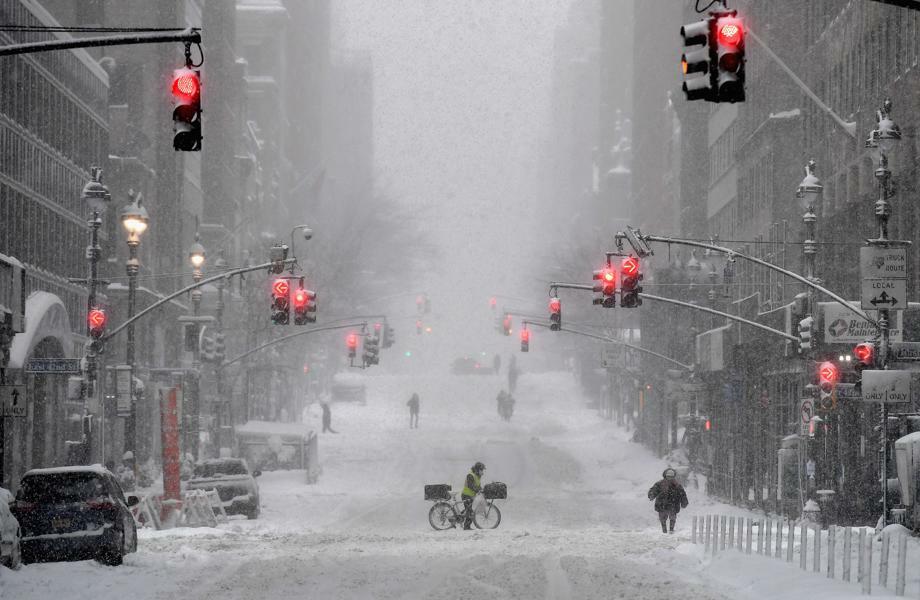 Temperatures in New York City are forecast to fall as much as 20 degrees below normal Tuesday morning, threatening residents with frozen water pipes, flooding and other infrastructure damage, the National Weather Service warned, as 12 states spanning from Montana to Maine face wind chill warnings and advisories.

Windchill is forecast to reach negative 25 degrees in Burlington, Vermont, and negative 8 degrees in Boston, where schools have been closed Tuesday.

In spots across the Upper Midwest and Great Lakes regions, windchill temperatures are expected to drop as low as negative 40, prompting the NWS to issue wind chill warnings and advisories for parts of 12 states including Montana, Maine, New Hampshire, New York, Pennsylvania and Vermont.

The Midwest and South will also be affected, with Tuesday morning temperatures reaching 29 degrees in Atlanta, 22 degrees in Nashville, 6 degrees in Detroit, 4 degrees in Chicago and negative 6 degrees in Green Bay, Wisconsin, according to NWS data.

A cold front entering the eastern Atlantic Ocean and Arctic air moving into the northeast U.S. contributed to the extreme cold forecast for Tuesday. Climate change has led to increasingly extreme and variable weather. While 2022 is forecast to be one of the hottest years on record, with temperatures rising 1.96 degrees over pre-industrial norms, last year ended with winter storms that put 24 states under weather alerts, triggered avalanches and flooding and disabled power grids. Extreme winter weather in the U.S. is caused in part by warming in the Arctic, according to a study published by Science last year that found climate change could stretch the "polar vortex," a weather system that normally traps cold air in the globe's northernmost regions.

Most deaths from winter storms are caused indirectly by events like traffic accidents on icy roads and heart attacks while shoveling snow, the National Oceanic and Atmospheric Administration’s National Severe Storms Laboratory reported. The laboratory found that about 70% of winter storm injuries related to ice and snow occur in automobiles.

“Cities across US expecting coldest air of season this week” (ABC)