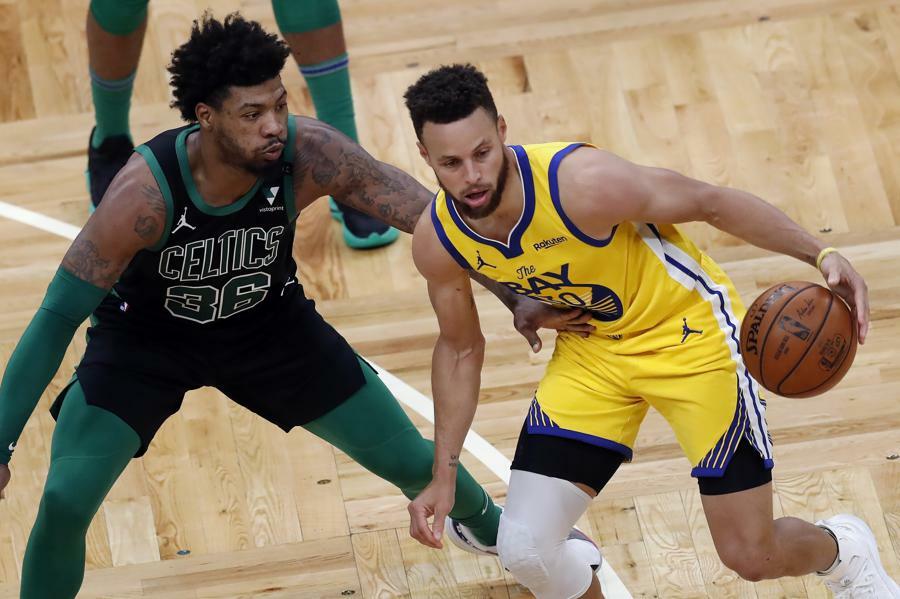 The past few months haven't been kind to NBA teams who were planning to make a big free-agent splash in 2022.

On Tuesday, Aaron Gordon came to terms with the Denver Nuggets on a four-year, $92 million extension, according to Shams Charania of The Athletic. In doing so, he became the latest in a growing list of would-be 2022 free agents who instead have preemptively taken themselves off the market.

Throw in max extensions for Trae Young, Luka Doncic and Shai Gilgeous-Alexander, and the 2022 free-agent class is suddenly looking barren outside of the top few names.

If Harden and Irving extend with Brooklyn, Bradley Beal should be the biggest prize on the free-agent market. However, the Washington Wizards might have done enough this offseason to convince him to stick around the nation's capital long term.

Beal has long stated his desire to retire in Washington, but three straight sub.-500 seasons seemed to open the door for his departure. As Jake Fischer of Bleacher Report first reported and Charania later confirmed, the three-time All-Star began seriously weighing whether to request a trade in the days leading up the 2021 NBA draft.

Before he could, the Wizards overhauled their roster, sending Russell Westbrook to the Los Angeles Lakers for Kyle Kuzma, Kentavious Caldwell-Pope, Montrezl Harrell and the No. 22 overall pick. They then sent that pick to the Indiana Pacers for Aaron Holiday and No. 31 (Isaiah Todd), and they acquired Spencer Dinwiddie via sign-and-trade once free agency began.

In one fell swoop, the Wizards increased their financial flexibility around Beal, became far more well-balanced and significantly bolstered their depth. They still don't seem like a real title threat, but they appear far less hopeless than they did two months ago.

Beal might prefer to let the 2021-22 season play out and test the free-agent waters rather than signing an extension in the coming months. However, the Wizards believe their offseason makeover will "enhance their chances" of keeping Beal one way or another, according to Marc Stein of Substack.

Chicago Bulls guard Zach LaVine looms as the other top target on the free-agent market, but his team also strengthened its case for keeping him around beyond next season.

The Bulls were one of the most aggressive teams in free agency this year, as they signed Alex Caruso and sign-and-traded for both Lonzo Ball and DeMar DeRozan. They also somehow managed to parlay Lauri Markkanen into Derrick Jones Jr., a 2022 lottery-protected first-round pick from Portland and a 2023 second-round pick from Denver (via Cleveland).

Chicago can now trot out a starting five of Ball, LaVine, DeRozan, 2020 No. 4 overall pick Patrick Williams and Nikola Vucevic with Caruso, 2019 No. 7 overall pick Coby White, Troy Brown Jr., Jones and Tony Bradley coming off the bench. Like the Wizards, they don't appear to be a major threat to the Nets or Milwaukee Bucks in the East, but they should vault back into playoff contention for the first time since 2016-17.

If Beal and LaVine re-sign with the Wizards and Bulls, respectively, the 2022 free-agent market will be largely devoid of difference-makers.

Indiana Pacers forward T.J. Warren should be in line for a significant raise over the $12.7 million he'll make this upcoming season, but he's nowhere near a max-caliber player. The same goes for New Orleans Pelicans center Jonas Valanciunas and Portland Trail Blazers center Jusuf Nurkic, both of whom will be among the top options left in free agency.

There should be plenty of quality role players available, from Thaddeus Young, Joe Ingles and Robert Covington to Ricky Rubio, Patrick Beverley and Delon Wright. Patrick Beverley, Serge Ibaka and Goran Dragic could all help a contender as well. Restricted free agency may be teams' best hope of acquiring a marquee player, though.

While Doncic, Young and Gilgeous-Alexander all signed max extensions, Phoenix Suns center Deandre Ayton and Memphis Grizzlies big man Jaren Jackson Jr. have yet to do so with their respective teams. Suns wing Mikal Bridges, Cleveland Cavaliers guard Collin Sexton and Nuggets forward Michael Porter Jr. should have plenty of suitors if they reach restricted free agency, too. (Sexton and Porter are among the front-runners for Most Improved Player this year, per FanDuel Sportsbook.)

Those five stand out as the top RFA options, but they likely won't be the only ones to draw interest from other teams. From Orlando Magic centers Wendell Carter Jr. and Mo Bamba to Charlotte Hornets forward Miles Bridges, Atlanta Hawks swingman Kevin Huerter and Bucks guard Donte DiVincenzo, there are plenty of young, intriguing players who could become restricted free agents.

However, given the pitfalls with restricted free agency—namely, that the incumbent team can match any offer sheet—it's become increasingly difficult to pry one of these players away without agreeing to a sign-and-trade. Teams typically must overpay to dissuade the original team from matching or give up an asset to convince them not to match.

None of this is to say that the 2022 offseason won't feature the typical whirlwind of player movement. If the Philadelphia 76ers and Portland Trail Blazers don't trade Ben Simmons or Damian Lillard over the coming months, those situations may be worth revisiting next summer. Other players are bound to developing wandering eyes as well.