EXPLAINER: What was, and is, al-Qaida? 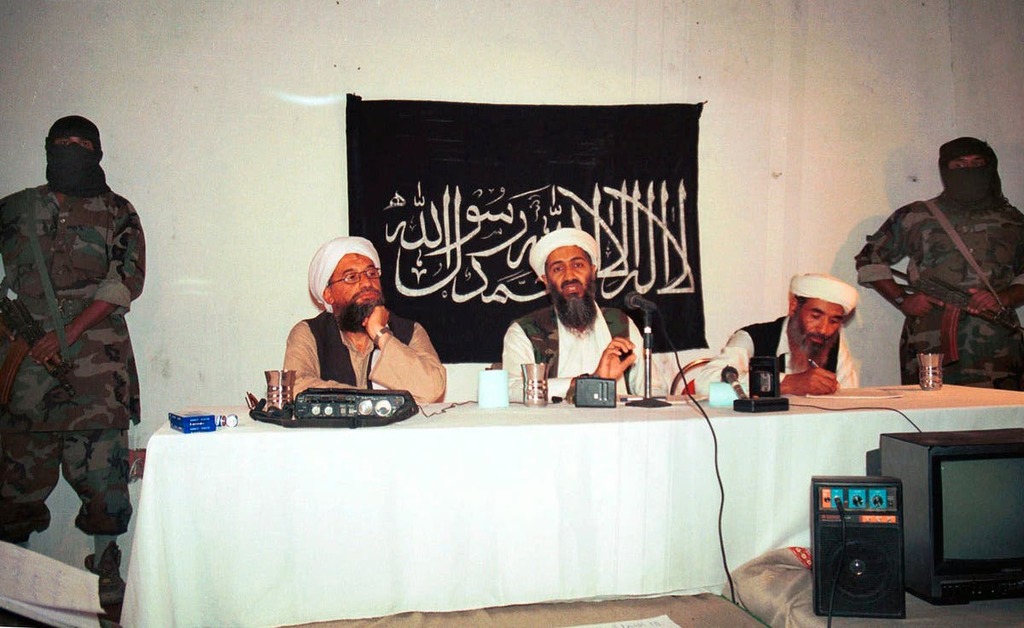 Born out of the 1980s war against the Soviet Union s occupation of Afghanistan the terror group al-Qaida under Osama bin Laden grew into a generational threat to America that culminated in its Sept. 11, 2001, attack that brought down the World Trade Center in New York.

The 9/11 attacks, which also saw the Pentagon struck by the commercial airliners hijacked by the group's militants, led to the U.S.-led invasion of Afghanistan and the start of America's longest war that just ended with the military's frantic airlift from Kabul.

It also represented a new kind of danger, a war not against a nation per se but a shadowy network of financiers, acolytes and suicide bombers that continues even after bin Laden's killing at the hands of U.S. Navy SEALs in 2011 in Pakistan. Others have followed their model to even-more horrific results.

Al-Qaida, or “the Base” in Arabic, organized as the Soviets pulled out of Afghanistan. Hoping to capitalize on the support the mujahedeen, or the “holy warriors,” received during their war against Moscow, bin Laden formed al-Qaida and became its leader. The son of a construction magnate in Saudi Arabia bin Laden also enjoyed familial wealth as well.

He demanded U.S. forces withdraw from Saudi Arabia, home to the holiest sites in Islam. America deployed troops there in the lead-up to the 1991 Gulf War over Iraqi dictator Saddam Hussein's invasion of Kuwait.

In 1996, bin Laden issued a formal declaration of war. But it wasn't until trucks loaded with explosives detonated outside of U.S. embassies in Nairobi, Kenya, and Dar es Salaam, Tanzania, killing more than 200 people on Aug. 7, 1998, that the threat became real.

The al-Qaida suicide bombing of the USS Cole off Aden, Yemen, followed in 2000. Seventeen people died. Then came the Sept. 11 attacks. Bin Laden fled the U.S.-led invasion of Afghanistan, only to be hunted down in Abbottabad, Pakistan, a decade later.

Ayman al-Zawahiri, an Egyptian who became leader after bin Laden's death, has faded in prominence in recent years and is believed to be in poor health. Bin Laden’s son, Hamza, who became a leading figure inside al-Qaida, was later killed.

But al-Qaida's prominence following Sept. 11 saw it gain affiliates across the Mideast. One became the Islamic State group, whose filmed beheadings and takeover of large parts of Iraq and Syria shocked the world.