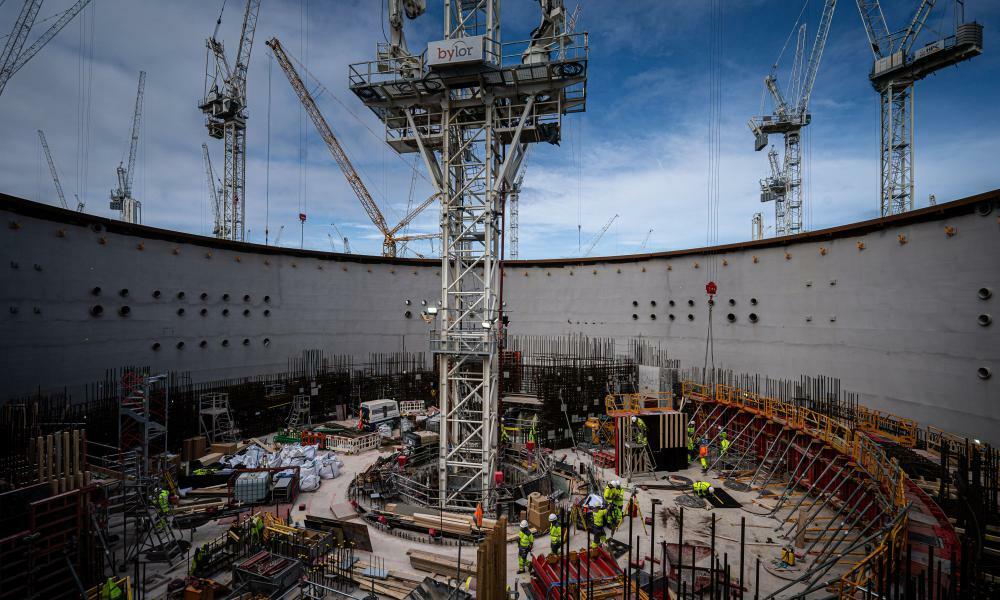 Weeks out from the Cop26 climate summit in Glasgow, political figures and commentators have again suggested Australia should consider nuclear energy as part of its future power grid.

Though renewable energy could meet 100% of demand by 2025 at certain times of day at current rates of progress – a trend that could be turbocharged with active support from the federal government – the prospect of an Australian nuclear power station still looms large in the public conversation.

Here is what we know about the pros and cons of nuclear power in an Australian context.

Why was nuclear never adopted in Australia?

Australian governments have always talked about building nuclear power plants but never actually followed through. While Australia holds 31% of the world’s supply of uranium, it has always been cheaper to rely on an ocean of cheap coal, gas and oil for power. Australia’s only nuclear reactor, at Lucas Heights, south of Sydney, is for scientific and medical research, and produces mostly low-level waste.

Why has the idea been revived now?

Nuclear power appears to solve a political dilemma. As it does not rely on fossil fuels, some who care about the climate emergency see it as the fastest way to deliver zero-carbon power. Others who rightly point out that moving away from fossil fuels will hit working-class regions hardest see the “dispatchable power” offered by nuclear reactors as the basis of a new social compact that will pay high salaries while “firming” up the grid.

On Monday BHP’s vice-president of sustainability and climate, Dr Fiona Wild, called for Australia to consider nuclear due to the urgency of the threat of climate collapse.

“We don’t have time to choose our favourite technologies any more, we kind of need to take an ‘all of the above’ approach because the challenge is so great and the pace at which we need to move is so fast that you want to make sure you have all those options available,” Wild said.

“As an energy crisis affects most of the world, with soaring gas, coal and electricity prices, it is surely time for Australia to have a rational debate about nuclear power leading to a definite outcome,” Sloan said.

Do the costs and benefits make sense?

The idea of establishing a nuclear power industry has been periodically investigated by governments. South Australia did the homework for the rest of the nation in 2015 with a royal commission. A federal parliamentary inquiry followed up in 2019.

The results were mixed. The royal commission concluded nuclear power was out of reach. The federal inquiry recommended that any such project should only go ahead if there was broad support from the public – an extremely unlikely prospect. While both reports agreed “next generation” reactors showed promise, nuclear power as a whole remained a time and money sink.

As of 2019, the cost of a nuclear power plant had risen to US$1bn for 100MW of generation capacity. Construction of a commercial-scale plant would take at least 15 years. If Australia had started work on a nuclear reactor before the pandemic, it would not be in operation until about 2035. The small or “modular” reactors that are held up as the future of the industry won’t be affordable until 2050.

Could they help to reduce emissions?

Nuclear power is not carbon neutral. While the act of generating power itself is fairly efficient and low-emitting, the process of mining the uranium, trucking it somewhere to be refined and pouring the concrete to build the plant creates significant emissions. As uranium is a finite resource, nuclear power is also not “renewable”.

Renewables, of course, share similar problems because so many other systems still rely on fossil fuels – wind turbine towers require steel, PV solar cells need resins, everything relies on diesel to transport it – but the total CO2 emissions are minute and the rapid rate of installation means there is a better shot at decarbonising these processes more quickly than with nuclear. With dirt cheap PV solar and rapid improvements being made in hydrogen and battery technology, it will only get easier.

What about stabilising the grid?

Critics of renewable energy sources say they do not have the capacity to respond to periods of high electricity demand with “dispatchable power” on calm, cloudy days, because they depend on the wind and sun. Nuclear, it is argued, can substitute effectively for the industrial-scale fossil fuel plants now in use that can idle up or down according to demand.

The problems with renewables are real but they are becoming less of a roadblock. Plans are in train to make Australia’s power grid more decentralised with a combination of PV solar, offshore wind and onshore wind working to pick up any slack in the system when one goes offline. With the addition of battery technology to store and deliver electricity on demand, the business case for nuclear starts to look pretty thin.

The challenge of renewables

Thanks to the uptake of PV solar on rooftops it is costing coal and gas power plants more to keep running during periods of low demand and high supply. Operators are faced with a choice: push through or power down. In Australia, operators of ageing coal plants have so far chosen to push through but, as periods of oversupply become more frequent, the costs will make it more attractive to turn off the generator. Firing them back up again is another expensive process – one not shared by renewables, which can be turned on or off quickly.

Australia is a long way from hitting peak renewable energy, and there is time to resolve the challenges associated with it long before any nuclear plant would have a chance to make it off a whiteboard. Should trends hold, breaking ground on a new nuclear plant today would mean committing to a white elephant that would be too expensive even to turn on.

All of this is without even talking about plans to handle the decommissioning of old nuclear reactors at the end of their lifecycle or the storage of spent nuclear fuel – another expensive, time-consuming process. Australia already struggles with decommissioning and rehabilitating old mine sites, and nuclear power presents new challenges.

There are few good facilities anywhere in the world with a geology or a political environment stable enough to store this material long term. During its royal commission, SA considered building its own facility to store waste but failed to get support from the public, thanks in part to the legacy of nuclear weapons testing at Maralinga.

The federal government is working on a separate plan to build a storage facility for low-level and intermediate waste at Kimba in SA but the process has proved divisive. Under the proposal, this facility would not be equipped to handle spent nuclear fuel, and to scale it up would mean starting all over again.