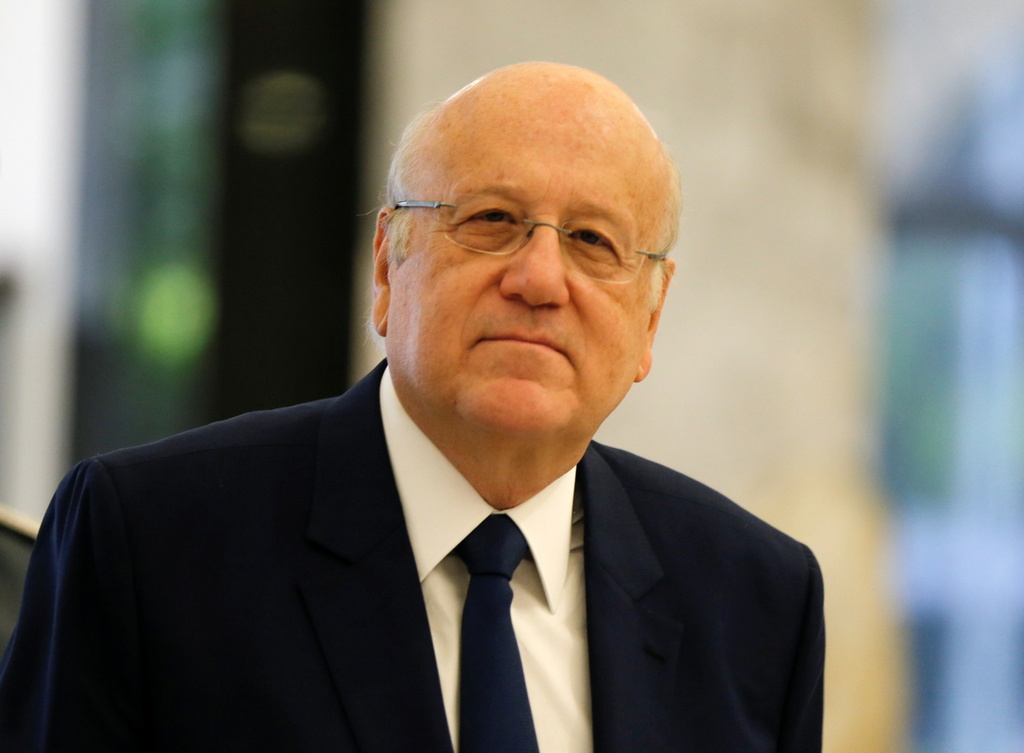 Lebanon's new government has vowed to tackle one of the worst economic meltdowns in history.

The path it must take includes reforms mapped out by donor states and institutions such as the World Bank and International Monetary Fund which have repeatedly said they will unlock funds once they see change.

In exchange, Lebanon stands to gain billions of dollars of assistance.

The alternative is to sink deeper into a depression that marks the biggest threat to Lebanon's stability since its 1975-90 civil war.

Successive governments have failed to implement changes due to Lebanon's sectarian political system, so what kinds of reforms must its new Prime Minister Najib Mikati carry out and can he succeed where others have not?

"IMF talks won't be a walk in the park," a former Lebanese negotiator in the IMF talks said.

"It will be very difficult to meet the pre-conditions.”

Many of the reforms concern the financial and banking system, the epicentre of the meltdown that took hold in late 2019, largely paralysing Lebanon's banks.

The root cause was decades of borrowing by a state riddled with corruption, much of it from the banks which depended on a steady flow of dollars from abroad to keep the system going. The crisis spiralled when those inflows slowed.

Multiple exchange rates have sprung up in place of the fixed dollar peg that had underpinned the system for two decades.

It has also recommended recognising upfront losses at private banks and the central bank in a way that protects smaller depositors, and establishing a credible monetary and exchange rate system including the unification of multiple exchange rates, and accompanied by formal capital controls.

"The size of Banque Du Liban's (BDL) losses is a critical matter: you cannot do any financial programming or plan any financial package for Lebanon without knowing the size of the BDL's losses. These issues were brought up last year but were not resolved," Nasser Saidi, a leading economist and former minister, said. "They are the elephant in the room."

Donors also want to see reforms to improve transparency and combat corruption. One focal point is the energy sector which, despite being one of the main drains on state coffers, has failed dismally in providing electricity

Many of the reforms were set out in a French roadmap last year, including an audit of the central bank.

WHAT OF THE LAST GOVERNMENT'S EFFORTS?

The previous government drew up a financial recovery plan that mapped out losses of some $90 billion in the financial sector - a figure endorsed by the IMF.

But while the cabinet was installed by many of Lebanon's main political players, they nearly all turned against the plan disputing the scale of the losses.

Some leading politicians said bank deposits must not be touched even as the currency collapse destroyed the value of savings by up to 80%.

Attempts to perform a forensic audit of the central bank stalled amid rows over banking secrecy laws.

With some state officials sounding the alarm about Lebanon's collapse or fragmentation, some believe that the gravity of the crisis should encourage politicians to make decisions they previously resisted.

Yet the time it took them to agree on the Mikati government - a deal only clinched after intensive French contacts - shows the factional interests remain a priority and point to the political minefield he will face.

A billionaire, Mikati has political and financial muscle.

One of the main issues he must tackle is the central bank's objections to the distribution of losses in the financial system, the former negotiator said.

If Mikati's government begins a successful negotiation with the IMF now, it would probably not receive any funds before the turn of the year, the negotiator said.

Newly-appointed finance minister Youssef Khalil was a top central bank official and is close to its veteran governor Riad Salameh. He was picked by Nabih Berri, the Shi'ite Muslim Parliament Speaker, a pillar of the system for decades.

"Restructuring the banking system for example, there is nitty gritty work that has to be done at a certain level for each individual bank, there's a tonne of work that hasn't been done," Mike Azar, a Beirut-based financial advisor said.

In the past two years, public sector losses have grown with the economy continuing to shrink making its ability to absorb shocks weaker, Azar notes, adding that central bank losses and government debt to GDP has hit more than 700%.