Explained | The science behind twin cyclones

Recent satellite images have shown a pair of cyclones in the Indian Ocean region, one in the northern hemisphere and one in the southern hemisphere. Named cyclone Asani and cyclone Karim respectively, these are twin cyclones originating in the same longitude and now drifting apart.

According to a bulletin posted on the Indian Meteorological Department website, the severe cyclonic storm Asani moved in from its position in the Bay of Bengal, reaching a point 210 km south-southeast of Kakinada in Andhra Pradesh around 11.30 a.m. on May 10. It is expected to move nearly northwestwards and reach the coast near Kakinada-Vishakhapatnam around the morning of May 11. Then it is predicted to curve and move along the Andhra Pradesh coast before moving back over the Bay of Bengal, where it will weaken to a cyclonic storm and then a depression by the morning of May 12.

It is fascinating that cyclone Asani is not alone, but has a twin in the southern hemisphere – cyclone Karim. According to NASA’s Earth Observatory website, cyclone Karim has created a path in the open seas west of Australia.

A much stronger wind speed has been observed in this member of the pair, which has led to its classification as a category one hurricane. According to the website, the cyclone will weaken quickly due to wind shear in the coming days and will pose no problem for heavily populated areas, although it may affect the Cocos Islands with a population of 600.

What are twin cyclones? What causes them?

Twin cyclones are not really rare. The interplay of the wind and the monsoon system combined with the Earth system produces these synchronous cyclones.

Debasis Sengupta, professor at the Centre for Atmospheric and Oceanic Sciences at the Indian Institute of Science, Bengaluru, explains that twin tropical cyclones are caused by what are called equatorial Rossby waves.

Rossby waves are huge waves in the ocean with wavelengths of around 4,000–5,000 kilometres. This system has a vortex in the northern hemisphere and another in the southern hemisphere, and each of these is a mirror image of the other. The vortex in the north spins counterclockwise and has a positive spin, while the one in the southern hemisphere spins in the clockwise direction and therefore has a negative spin. Both have positive value of the vorticity which is a measure of the rotation.  Very often twin cyclones are formed from these Rossby waves.

Rossby waves are named for famous meteorologist Carl-Gustaf Rossby who was the first to explain that these waves arose due to the rotation of the Earth.

How do the cyclones form?

When the vorticity is positive in both Northern and Southern hemispheres, as is the case with Rossby waves, the air in the boundary layer, which is moist, is lifted slightly. That is enough to set off a feedback process.

When the air is lifted slightly, the water vapour condenses to make clouds. As it condenses, it lets out the latent heat of evaporation. The atmosphere warms, this parcel of air rises, and a positive feedback is set off by this process. The warmer parcel of air can rise further because it is lighter than the surrounding air, and it can form deeper clouds. Meanwhile, moisture comes in from both sides. This leads to the formation of a cyclone if certain conditions are present.

“The ocean’s surface temperature has to be 27 degrees or warmer; the wind shear in the atmosphere must not be too high,” says Prof. Sengupta. For example, if you have westerly winds at the lower level and easterly winds at the upper level, if the difference between them is too high, cyclones will not form. But if the difference is modest, cyclones will still form. “There will be a big, tall vortex with all sorts of clouds inside. Once they are stronger, they will spin faster and faster and organise themselves into the big storms,” says Prof. Sengupta.

Will the two cyclones of the pair necessarily move into different hemispheres?

What is the Madden-Julian Oscillation (MJO)? Does it also give rise to twin cyclones?

The MJO is a large cluster of clouds and convection, around 5000-10,000 kilometres in size. It is composed of a Rossby wave and a Kelvin wave, which is a type of wave structure that we see in the ocean. On the eastern side of the MJO is the Kelvin wave, while on the western, trailing edge of the MJO, is the Rossby wave, once again with two vortices on either side of the equator.

However, not all tropical cyclones are born from the MJO. Sometimes it is a mere Rossby wave with two vortices on either side. 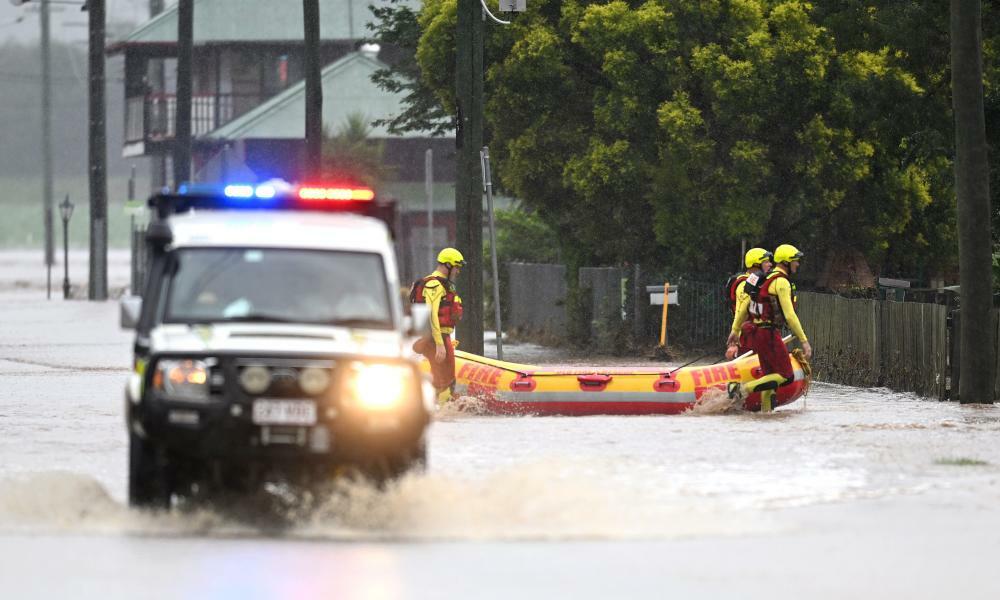 Deadly floods follow week of torrential rain in eastern Australia
Analysis: Queensland flash floods have cut off communities and killed one woman, swept away in her car

The Guardian - UK
One subscription that gives you access to news from hundreds of sites
Cyclone Asani: Storm to weaken today; Odisha, Bengal brace for heavy rain