There's a reason why Sydney earned the nickname "Sin City".

Its history is punctuated with bloodstained and ruthless gangland feuds, led by violent and scheming figures.

Some experts believe a difference between the underworld of yesteryear and modern gangsters is that they've become much less subtle.

Instead of making enemies disappear, crooks are now content with gunning down rivals in front of their family and random bystanders.

Brazen executions have been the calling card of the feuds rocking Sydney over the past two years — claiming more than a dozen lives.

According to Michael Kennedy, it's a sign today's gangsters are "out of control" but the motivation for murder hasn't changed much.

Dr Kennedy, a former detective and now lecturer at Western Sydney University, doesn't buy into the theory that this current gang war is Sydney's "worst".

"Organised crime is about money," he said.

"It's about an unregulated market.

"There's always going to be violence associated with it … and murder has always been part of it."

He says organised crime figures of the past were just more "discreet" in how they settled scores.

Crime lords such as Lenny McPherson, George Freeman and Fred Anderson were also well-connected businessmen in their heydays.

Even so, police suspected, they were behind serious acts of violence and wielded unparalleled power in the 1970s and 1980s.

Dr Kennedy believes the influence of bikie gangs such as the Comanchero has since grown in the city's underworld, bringing with them a "much more violent" style.

He pinpoints the Woods Royal Commission of the mid-1990s as a turning point.

"Everyone knew who was who in the zoo," Dr Kennedy said.

"These people didn't want obvious violence because it cost them money. It's bad for business.

He says Sydney crime might have been at its worst during the era of the infamous Razor gangs in the 1920s, a time when unemployment and poverty hit society hard.

Back then the streets were filled with men who'd returned from World War I, and "didn't take a backward step", Dr Kennedy said.

Although he doesn't downplay the gravity of recent violence, the former organised crime detective says a hungry 24-hour media has amplified the current gang war like never before.

Since August 2020, there have been at least 14 underworld shootings linked to various conflicts committed on Sydney streets.

Most recently, former Lone Wolf bikie Yusuf Nazlioglu was shot up to 10 times in the car park under his Rhodes apartment.

He died in hospital early on Tuesday morning.

As the fatalities pile up, police say several other murders have been scuppered by intelligence and a few were attempted but unsuccessful.

Former fraud and homicide squad detective Tony Calladine cut his teeth on the streets of Sydney's inner city in the early 1970s.

Back then, he says, it was a "totally different era" where there was a level of mutual respect between police and the crooks.

He recalls McPherson and Freeman associate Stan Smith, a bigtime underworld player, coming up to introduce himself on the street.

Criminal groups also had more respect for each other, Mr Calladine said, but if someone encroached on turf there would be consequences.

"Back in those days it was done in a 'sanitised' way."

Mr Calladine thinks the rise of the drug trade was a "catalyst" for how organised crime evolved, before then it was more about armed robberies and safe breaking.

But he also believes there's been a drop in respect for authority – whether it be police, teachers or nurses – as a reason why public violence might be the norm now.

At the centre of Sydney's recent killing spree is allegedly a power struggle between two notorious crime families — the Hamzy and Alameddine clans.

The ABC understands this week's killing of Nazlioglu is unrelated to that feud.

But as time passed, members other networks have been killed or seriously wounded, and detectives now say a more complex web is in play.

"The recent gang related violence plaguing Sydney stems directly from the battle for control of these drug markets and their profits," Police Commissioner Karen Webb said in May.

After the failed assassination of Comanchero supremo Tarek Zahed earlier in May, Commissioner Webb said his shooting could have been planned by rivals or internally.

Dr Kennedy believes the alleged kingpins of the Hamzy and Alameddine families might make good news fodder, but are far from the top of the organised crime tree.

The people who are really running things, he says, are overseas or secretly embedded in "the big end of town" and will never face the same fate as those dying in the gutters.

"We don't have an Al Capone in Australia. There never was," he said.

"If we do have one, he's got a law degree or he works at a merchant bank."

The Premier went as far to say the reforms would "ensure that organised crime in this state comes to an end".

He agrees targeting financial assets is a crippling blow for criminal organisations, but thinks a tough-on-crime approach will do little to stop the cycle long-term.

Addressing the social issues which drive people towards crime — such as economic disadvantage — would be more effective, he said. 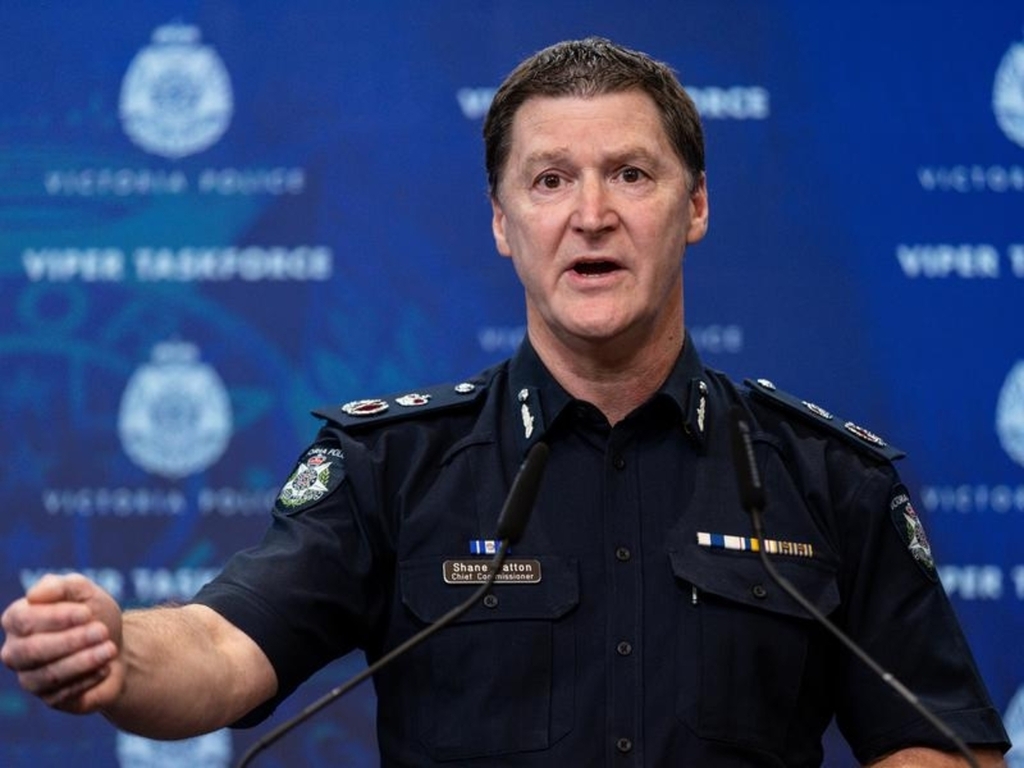