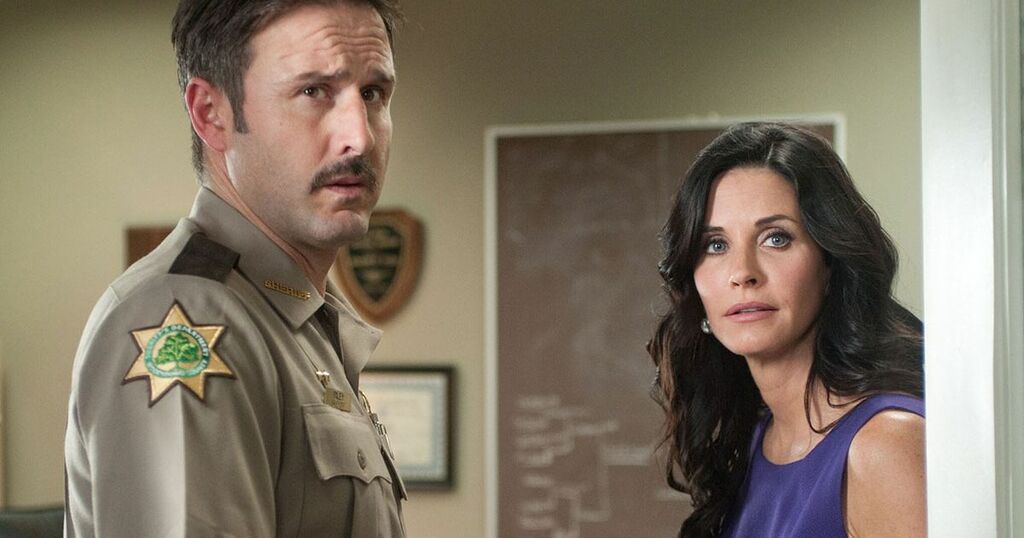 Courteney Cox has opened up about working with her ex-husband David Arquette in the reboot of the Scream franchise.

The pair dated for four years before tying the knot in 1999, but announced their separation in 2010.

Courteney, 57, appeared on ITV ’s Lorraine alongside Neve Campbell, 48, for a sit down interview with Ross King to promote the upcoming film.

Ross asked Courteney about her experience of working with ex-husband David Arquette on the set of the franchise where they first met in 1996.

Cox, who played journalist Gale Weathers in the popular horror franchise, said they are “really lucky” as making the film with one another was “so comfortable”.

Neve weighed in and said watching Courteney and David work together was “special”, in part because of their history.

She said: “Divorces can be so challenging, but these guys have just been magic together and have such a beautiful energy. It works. No issues.”

Scream will see Neve Campbell return as Sidney Prescott, alongside her original co-stars as well as a new generation of characters.

Courteney said the film is a “complete relaunch” of the original franchise, albeit without creator Wes Craven, who died in 2015.

She said: “It is a new take on all of it, but it still has the humour and the horror. Our directors were incredible - they made it so contemporary.”

Neve said she was reassured to join the project by the new directors Bettinelli-Olpin and Tyler Gillett, who are longtime fans of Craven and screenwriter Kevin Williamson's original creation.

Neve said: “It’s a whole new world and it makes it more complicated to tell the story - how do we not know someone’s there when we’ve got cell phones?

Speaking of their reaction to the original film’s blockbuster success, Neve said they knew while filming it that they had “magic in a bottle”.

She added: “We had a sense before the first one came out, but to think it would be as successful a franchise as it's been - I wouldn’t have imagined.”

The new Scream reboot will hit cinemas nationwide on January 14.