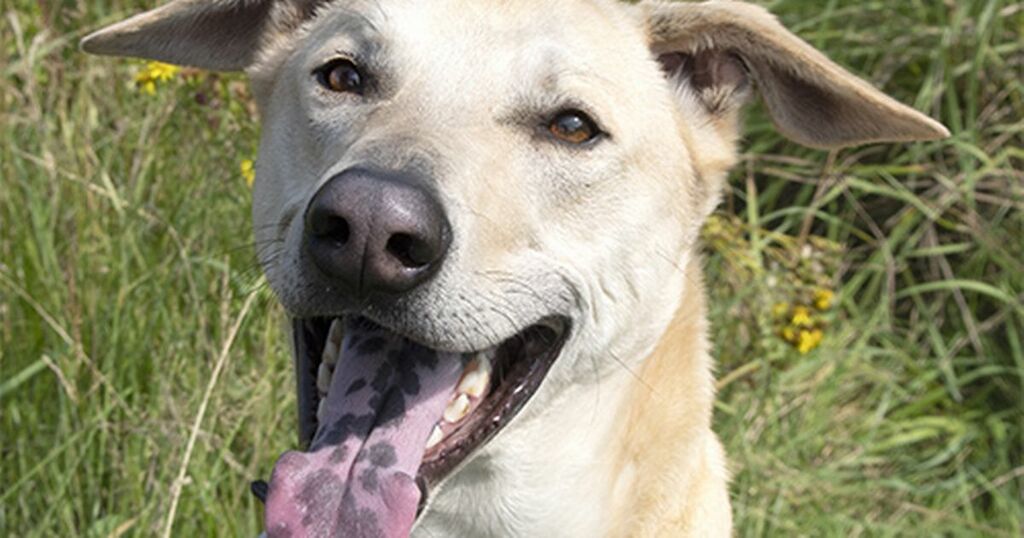 An ex-street dog is now searching for a home he can call his own after his previous owners had to give him up as they welcomed the arrival of a baby.

Originally from India, Dobby was adopted as a puppy by a family who described him as a wonderful dog.

Unfortunately, they had to make the difficult decision to have him rehomed after he became unsettled following the arrival of their child.

He has since been at Dogs Trust Manchester since July.

The three-year-old crossbreed is a joy to be around and loves nothing more than a chase with his favourite toys followed by a long walk.

A spokesperson for the rescue centre explained to TeamDogs : "He’s a clever boy who loves food and is always happy to show you some of his favourite tricks, like giving you a paw for a tasty bit of ham or cheese.

"Dobby can be a bit shy at first but once he gets to know you, he likes to nuzzle into you for a gentle fuss.

"He’s a real livewire who loves to be on the go, never fails to make you smile and we’re sure there’ll never be a dull moment with this boy around!"

Dobby is looking for a home which has a secure garden, no neighbouring dogs or pets in the home as well as only having children aged 16 or over.

Ideally, he would benefit from someone who is comfortable with strong dogs and someone who would not leave him for long periods of time.

It is advised that a lead and muzzle is to be used whilst around other dogs and recommended that the new potential owner has access to quiet walks away from lots of dogs.

One canine carer described Dobby as a " bouncy, loveable boy that needs a loving home to help him settle his paws."

While another added " Dobby is always so full of beans and excited to see his favourite people! He would love to find a forever home soon.”

Have you adopted a rescue dog before? Do you have any advice for those considering? Head on over to TeamDogs to share your own experiences.

Keep up to date with TeamDogs news by following our social pages. As well as videos, tips and advice, we’ll also be sharing your fabulous photos of your very best pals so follow us on Facebook, Instagram and Twitter.