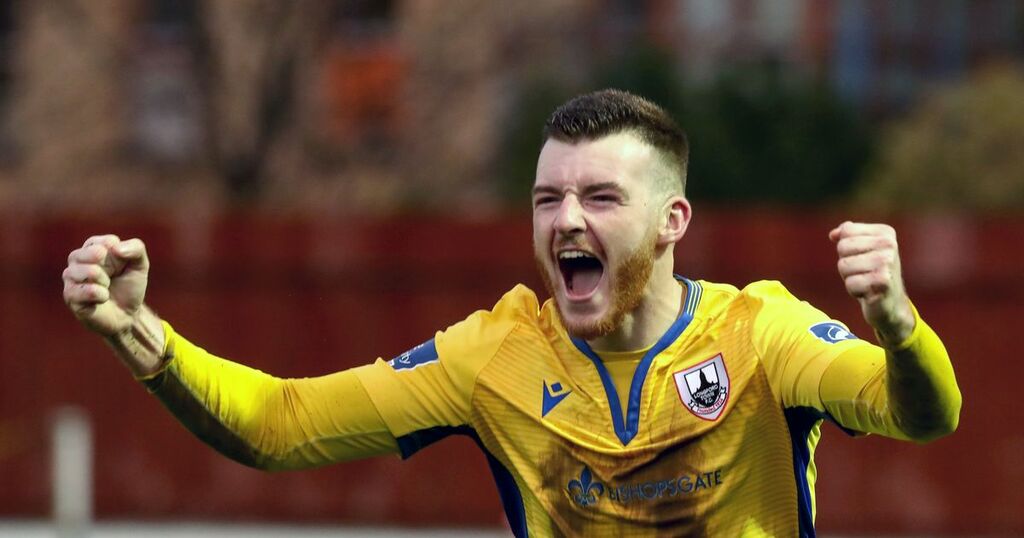 Joe Gorman has ‘apologised unreservedly’ for a tweet he sent in 2014 that led to the withdrawal this week of a Portadown contract.

A former League of Ireland player with Bray Wanderers, Drogheda United, Longford Town and Galway United, he was announced as a Portadown player last week.

But the fan backlash to his arrival was so severe that the Irish League club announced this week that he would not, after all, be signing.

Gorman, 27, was suspended by Inverness Caledonian Thistle in 2014 after a tweet appeared on his account apparently referring to Ross Kemp's Extreme World programme, which was filmed in Belfast.

It read: "Ross Kemp in Belfast talking about the Troubles. Wouldn't you just love to open up on all them Orangemen."

But following Portadown’s decision, Gorman, 27, tonight broke his silence on the matter with a statement posted on social media.

“It was at a time in my life where my world view was particularly narrow and I did not appreciate the gravity of my comment.

“I had not intended for it to be taken seriously but I now completely understand why many people did so and were naturally very upset by it.


“It was borne out of a combination of teenage bravado and a lack of understanding. I say this not as an excuse but merely by way of explanation.

“It was a grave error of judgment on my part and one I wish I could take back.

“I have grown up and appreciate that we all have different outlooks on life which must be respected.

“I would like to continue to educate younger people as I did back in 2014 when I visited schools to speak of bigotry and the correct use of social media so that others can learn from my mistake.”

Shels boss Damien Duff said: “He has a great presence up front, is very technical and can play a number of positions. He can add another dimension to our attacking play.”