Ex-coach Hagan says another Eels upset not beyond Knights 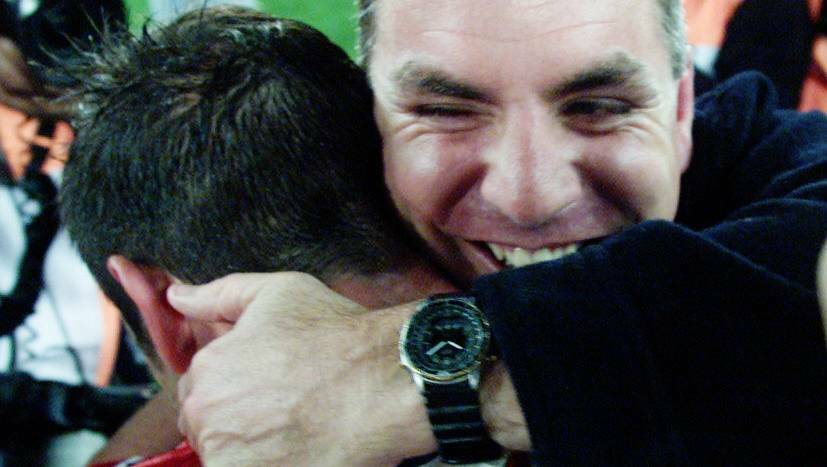 When it comes to masterminding an upset win over Parramatta in a big end-of-season game, no-one has done it quite like ex-Knights coach Michael Hagan.

Remarkably, Sunday's elimination final in Rockhampton is the first time the two clubs have met in the play-offs since Newcastle's memorable grandfinal triumph over the Eels in 2001.

And just like back then, the Knights are virtually friendless in among the tipsters.

But as Hagan and Andrew Johns and co. proved two decades ago, nothing is scripted when it comes to rugby league. And anything is possible if you produce your very best.

"And that's the thing with this Knights side, if they play the sort of footy we all think they are capable of, they will give themselves a great chance," Hagan said.

"In that grandfinal, we just got on the front foot and everyone was running the right lines and the passes were out in front of blokes. So the execution and the speed we played at was exactly where it had to be. That's the challenge for Adam's team on Sunday. They need to find another level."

Hagan, Triple M Newcastle's expert Knights commentator, believes the side's tempo against the Eels will be the key.

"If you look at the best teams, they are all playing that little bit faster and taking advantage of the new rules probably a little better than the Knights," he said. "We have all the mechanics there but it's just the speed and the execution they need to get right. It's going to be about icing those big moments.

"In big games, you can't afford to miss any of those half chances."

Hagan claims the Knights can expect the Eels to come out at break-neck pace and use their power game up the middle to try and dominate before going to the edges for their points.

"They used their power game to dominate the middle third earlier in the season and with a few of the Knights forwards wounded, that's where I'd go," he said. "Then with some momentum, they'll attack the edges with [Clint] Gutherson.

"Knowing that is one thing though, stopping it another."

Hagan says Kalyn Ponga, as the side's elite player, has to stand up in such a big game with the season on the line but he's going to need the support of teammates.

"Sometimes the players around him aren't on the same wave-length as Kalyn and don't anticipate and react,"he said. "That doesn't help him.

"There is improvement there but I think the spine has been together long enough now for us to see it. You sense there is still another level. We just need to see it right now before it's too late."