Everything we know so far about the first ever Nothing smartphone

If you thought the Android smartphone market was crowded already, then get set for an even tougher choice going forward.

The first ever smartphone from new tech upstart Nothing looks set to arrive this summer.

Last year I reviewed Carl Pei’s debut piece of kit under the Nothing brand name, the ear (1) true wireless earbuds.

The OnePlus co-founder now has big plans to shake up the market this year with the launch of a new smartphone that's simply called phone (1).

Here is a round-up of all we know so far.

Full details about this device remain pretty scarce for now but the firm has just announced which UK network is going to stock it - 02, incidentally - and this suggests a launch is imminent.

“When we started Nothing we wanted to bring back the excitement we once felt for the tech industry,” Pei said.

Nothing will also be selling to customers directly on its website. Fans will be hoping the new smartphone is priced as competitively as the ear (1) buds.

Although the Nothing phone's hardware remains under wraps the company has revealed how its version of Android will look with users getting a bespoke appearance that features striking black wallpapers and a digital-style font.

Android fans the chance can install it on their current devices using the Nothing Launcher in the Play Store.

The Nothing OS also features Max Icons and Max Folders, which are both new experiences for Android.

This allows users to hold and press to enlarge app folders or individual apps, so the things you use the most are more visible.

There are also bespoke Clock and Weather widgets plus the option to customise the home screen with Nothing wallpapers and the associated colour palette.

Pei is aiming to replicate that success and getting a big UK mobile network on board will be a big boost for the visibility of the Nothing brand.

Expect more news on this exciting new smartphone in the coming weeks and months with a full launch date expected this summer. 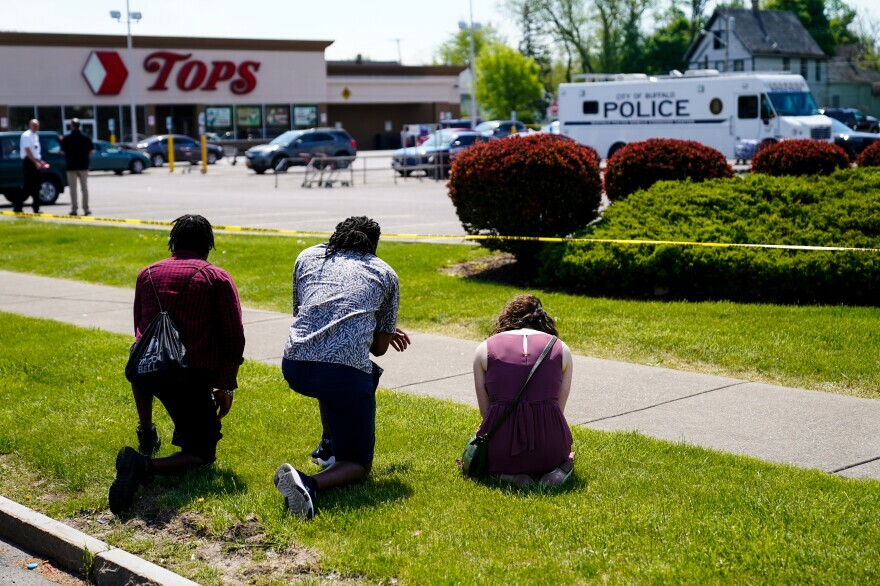 WEKU
One subscription that gives you access to news from hundreds of sites
Buffalo shooting: what we know about the victims so far

Eleven of the 13 victims were Black, and two were white, after an 18-year-old white male opened fire at a…

Kourtney Kardashian and her new husband got married at an intimate ceremony at a courthouse in Santa Barbara, California, over…