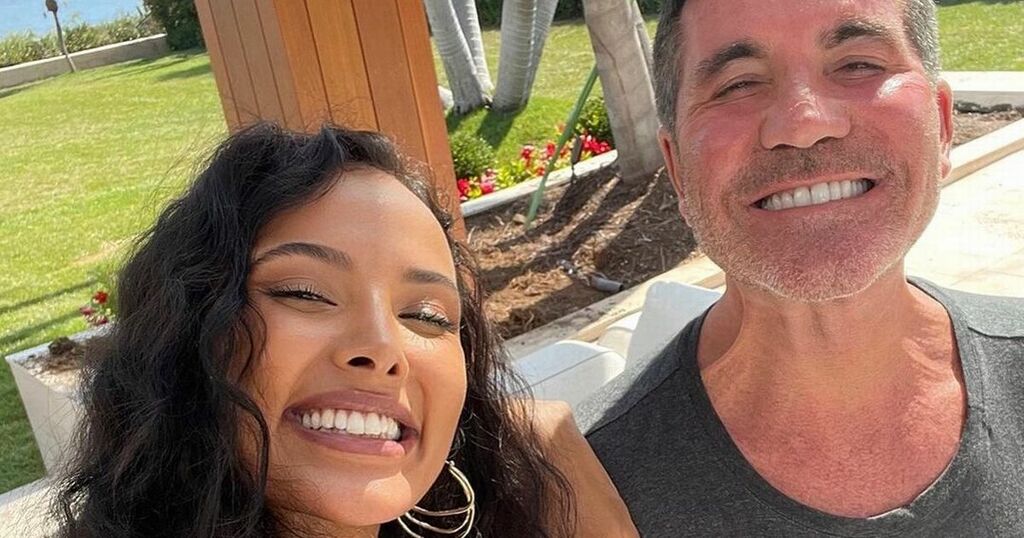 Maya Jama has just bagged one of her biggest presenting jobs to date with non other than Simon Cowell.

The 27-year-old Bristol native is gearing up to take over hosting duties on the X Factor mogul’s brand-new talent show Walk The Line.

Announcing the exciting news on her Instagram, Maya posed alongside the music label guru, 61, as she gushed about her milestone career moment.

“GOOD NEWS GANG! From watching talent shows made by this man growing up to hosting one myself on big bloody ITV is honestly a dream,” the grateful star penned.

“I don’t wanna get all deep on here but the journey has been a mad one and I am so so grateful for the opportunity and excited for this next chapter.

So, what's it all about?

Maya, who has been dubbed as telly’s most in-demand presenter, will be calling the shots on Simon’s latest ITV show after the X Factor got the boot after 17 years.

The brand-new talent competition will see an array of musical acts, solo artists, choirs and bands compete to win the £500,000 grand prize.

But in true ITV style, there’s a massive catch.

The longer an act stays on the show, the bigger their cash prize will be.

They will then have to compete against an entirely new set of musicians, but the two acts judged the best each week have to decide if they want to take some money and leave the competition or walk the line to move on to the next stage.

Simon’s exciting new TV venture is due to start filming in the autumn.

It comes after the music mogul decided to pull the plug on The X Factor before it became ‘a joke’.

The hit talent competition first aired in the UK in 2004, making a household name of record executive Simon.

He spearheaded the series as a judge, alongside Sharon Osborne and Louis Walsh.

Over the past 17 years, The X Factor has catapulted a number of stars to incredible worldwide fame with the likes of One Direction and Little Mix breaking records and making history.

But in recent years, the show hasn’t been a big hit with audiences as they appeared to have grown tired of the format.

A show insider recently confirmed that the cancellation was due to the fact the show had become ‘slightly stale’.

“Clearly the last thing Simon wants is for X factor to fizzle out with a whimper and become a bit of a joke – especially in contrast to the show in its pomp,” the source told The Sun.

Simon is now hoping that Walk The Line will triumph with audiences with its fresh format and exciting twist.