Everything we know about Chargers’ victory over Washington in Week 1 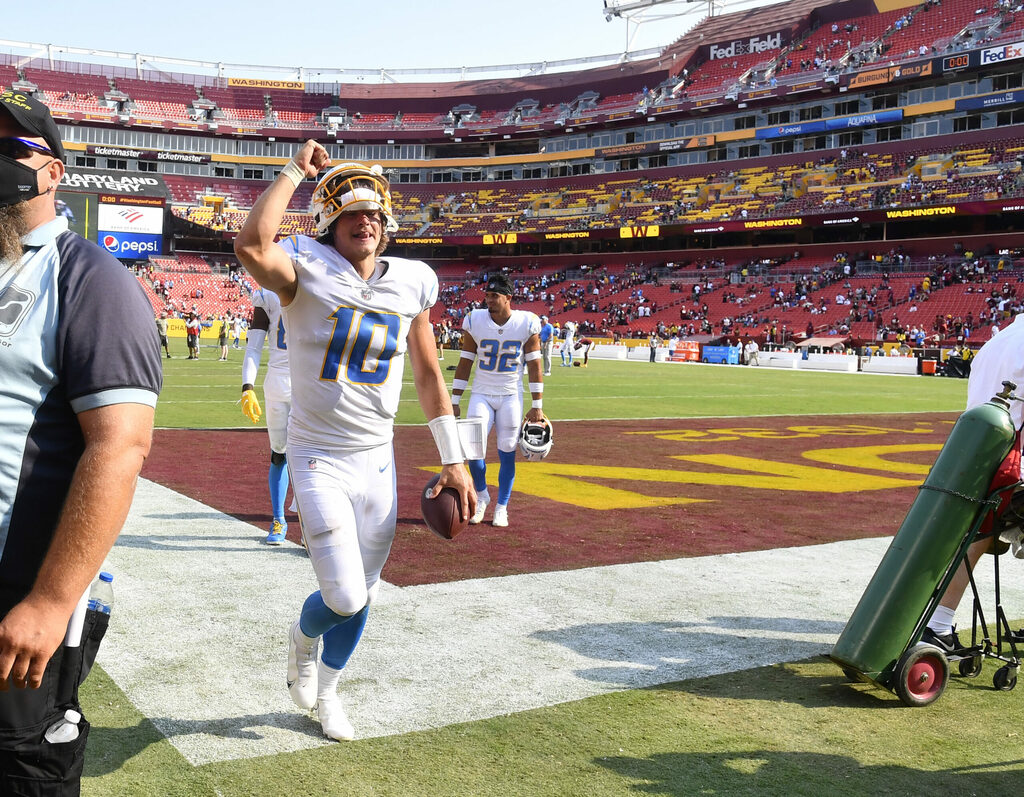 In a neck-and-neck battle between the Chargers and Washington, Los Angeles came out victorious by the score of 20-16.

To recap the season opener, here is everything we know:

It was over when…

Washington decided to punt with a little less than seven minutes in the fourth-quarter. With the ball back in the hands of quarterback Justin Herbert, the offense put together a 15-play, 72-yard drive to eat up the remainder of the clock.

Keys of the game

Washington was held to 133 yards passing.

4 stars of the game

Aside from the work in the red zone, Joe Lombardi called a terrific game by letting Herbert do his thing early and often. The blocking scheme and personnel allowed him to stay clean for the most part and receivers were put in optimal positions with a variety of route concepts/combinations.

Keenan Allen and Mike Williams have the makeup of a phenomenal wide receiver duo in this system.

The newly revamped offensive line did a fantastic job of holding their own against a tough Washington front. Rashawn Slater, in particular, swallowed up everything that came his way, including reigning Defensive Rookie of the Year, Chase Young.

While the passing game was the focal point, the run game was not all that efficient, only averaging 3.1 yards per carry. Austin Ekeler was limited to 15 carries and was not used as a receiver. Larry Rountree had more carries than Justin Jackson, finishing with eight to one respectively.

The defense was stronger in the first half than in the second, but against the run was where they struggled throughout the entire game aside from a clutch fumble forced by Kyzir White. Washington finished with 27 carries for 127 yards (4.7 yards per carry).

Generating pressure in a multitude of ways is Brandon Staley’s calling card and it paid off, especially with Joey Bosa and Uchenna Nwosu. Aside from a big play to Terry McLaurin and their only touchdown, the Chargers held Ryan Fitzpatrick and Taylor Heinicke to 133 passing yards.

The two best defensive players were Derwin James and Asante Samuel Jr. Both players consistently flew around the field, making big plays in big moments, both in the passing and run game.

Dropped passes and costly penalties in critical situations could have ultimately costed the Chargers this game. I don’t like to blame NFL officiating, but there were a couple of questionable calls, including the roughing the passer on Joey Bosa late in the game.

The Chargers return home to take on the Cowboys in the first regular season game at SoFi Stadium in front of fans on Sunday, Sept. 19 at 1:25 pm PT.