Everything Coming To The Disney Parks In 2022 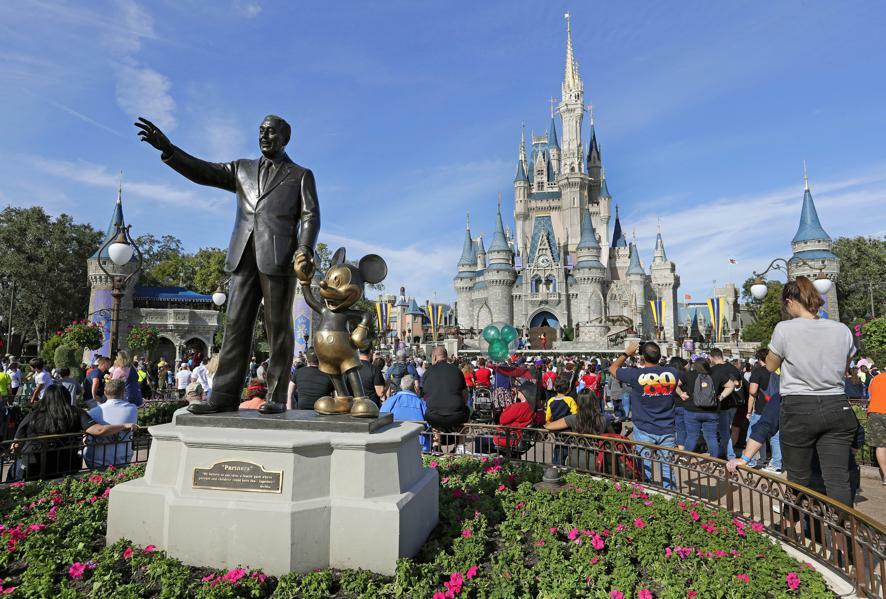 The Disney parks and resorts around the world are continually adding new experiences to keep guests walking through the turnstiles, and 2022 is no different. Despite the ongoing coronavirus pandemic work has continued to ensure there are new offerings for those planning a vacation to Walt Disney World, Disneyland, an international Disney theme park, or even a Disney Cruise Line vacation.

2022 is going to be a big year for Walt Disney World with the continuation of the 50th anniversary celebration throughout the year, the opening of a new Star Wars experience and a brand new attraction at EPCOT.

One big project missing from the lineup at Walt Disney World is the Tron-themed coaster that’s currently being built at Magic Kingdom, TRON Lightcycle / Run. The attraction has been under construction for some time and had been announced to open in 2021 according to a Disney Parks Blog post. There is currently no announcement on when TRON Lightcycle /Run

One of the most anticipated openings at Walt Disney World is the launch of Star Wars: Galactic Starcruiser, which is a two-day, two-night Star Wars experience. Guests will board a starcruiser ship to “tour the galaxy,” eat Star Wars-themed meals, and even learn how to wield a lightsaber. The experience is tailored to the ultimate Star Wars fan and guests aboard the Halcyon, the fictional ship where the experience takes place, are encouraged to cosplay and create their own backstory while aboard, a first for Disney where costumes typically have to follow a strict set of rules while in the parks.

EPCOT has been going through a multi-year transformation and the park is going to be one step closer to being complete, for now at least, with the opening of Guardians of the Galaxy: Cosmic Rewind in summer 2022. The new coaster features Disney’s first-ever reverse launch and is one of the longest enclosed roller coasters in the world.

Many of the hotel rooms at Walt Disney World’s deluxe resorts have been getting a major overhaul to add more Disney characters into the theme, such as Moana at Disney’s Polynesian Village Resort and The Incredible at Disney’s Contemporary Resort. In 2022, Disney’s Grand Floridian Resort and Spa will be adding approximately 200 proposed resort studios. These studios will be available to rent through Disney Vacation Club, a timeshare owned by Disney, and the room type will be unique just to Disney’s Grand Floridian Resort and Spa. Disney has announced that guests will likely be able to stay in the new resort studios starting in summer 2022.

Finding Nemo: The Big Blue…and Beyond

Over at Disney’s Animal Kingdom Theme Park, the former Finding Nemo stage show is being updated to Finding Nemo: The Big Blue...and Beyond. The new show will feature many of the fan-favorite songs from the first show, including “Go With The Flow” and “In the Big Blue World.” The show will also feature plot points from Finding Dory, exploring places like the Marine Life Institute.

MagicBand+ is the next generation of the Walt Disney World wearable that connects a park ticket, lightning lane experiences, a hotel room key and more all in one easy spot. The upgraded model will still do all of the previous things, and add in color-changing lights, haptic vibrations, and gesture recognition to allow guests to interact with the park surroundings in a new way. There’s currently no specific launch date for MagicBand+.

The Walt Disney World Resort hotels will soon be equipped with Amazon Alexa technology that can help them plan their day with the help of the “Hey Disney!” Amazon Alexa Skill. The new skill will allow guests to find out what times the theme parks open, order more room amenities like towels, or figure out what the weather outside is.

2022 at the Disneyland Resort is fairly calm with no major openings or announcements as of publishing. With the debut of Avengers Campus in summer 2021, many Disney Parks fans are still exploring the new land and all that it has to offer, but there are a few things to look forward to this year.

Each year Disney California Adventure puts on a Lunar New Year Festival, which celebrates Chinese, Vietnamese and Korean cultures through food, decor, merchandise and entertainment. During this year’s festival park-goers will be able to meet Raya, from Disney’s Raya and the Last Dragon, for the first time at the Disneyland Resort.

Because of the ongoing pandemic, Disney Parks around the world have been slow to bring back the iconic nighttime spectaculars that the parks are known for. Well, 2022 will see shows like Fantasmic! and Disneyland Forever return to Disneyland Park, and World of Color will return to Disney California Adventure, all three of which are a big draw for late night crowds at the parks.

Disney Cruise Line has resumed sailing after taking a months-long hiatus due to the pandemic. In 2022, Disney will launch its newest ship the Disney Wish.

The Disney Wish will set sail on its maiden voyage on June 9, 2022. The new ship will feature the first Disney attraction at sea with the AquaMouse, a Star Wars-themed lounge, Frozen and Marvel-themed dining rooms, a new interactive family-friendly onboard game, and new adult-only spaces.