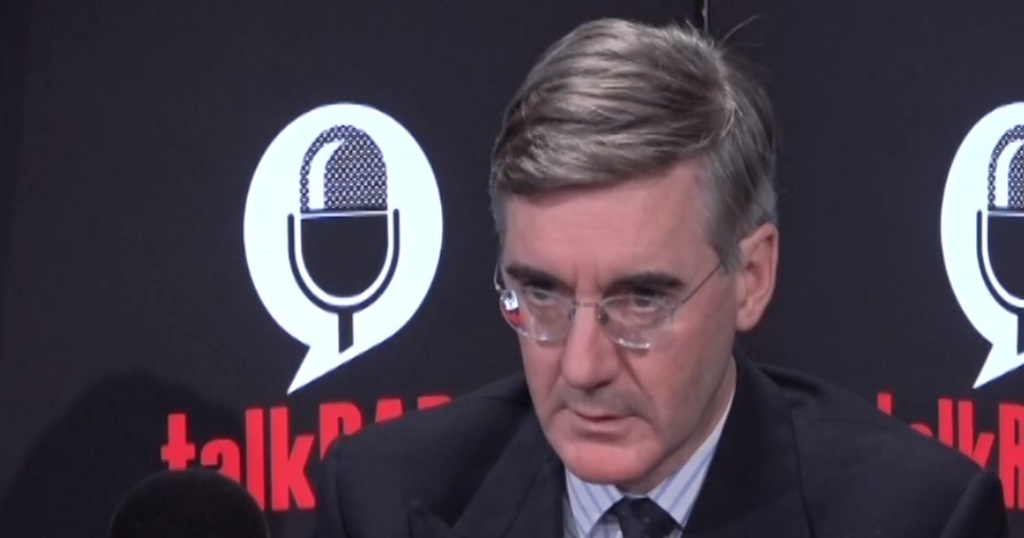 The Leader of the House of Commons has firmly stood by Boris Johnson tonight after one of the most damaging days of his premiership so far.

Jacob Rees-Mogg, MP for North East Somerset, did the tour of the broadcast media studios this evening and told TalkRadio that "everybody makes mistakes", backing Boris Johnson to remain as prime minister.

Calls for the prime minister's resignation have been coming thick and fast from the opposition today, and even from within his own party, following his admission that he did attend a party in Downing Street when the country was under strict restrictions on May 20, 2020.

Speaking to Jeremy Kyle on TalkRadio, Jacob Rees-Mogg was asked: "DUP MP Jim Shannon; he cried talking about his mother-in-law dying alone of Covid. Can you and your colleagues look Jim Shannon full square in the face and say 'the prime minister was at a drinks party, I knew you couldn't see your mother-in-law, we're really sorry' - does he believe you, Jim Shannon?"

Jim Shannon, DUP MP for Strangford, became extremely emotional in the House of Commons yesterday talking about his mother-in-law who died alone after Michael Ellis defended Boris Johnson in response to an Urgent Question about the party in Downing Street.

Answering Jeremy Kyle's question, Jacob Rees-Mogg said: "Jim Shannon is a wonderful man and the most brilliant parliamentarian. Jim and I, as I'm Leader of the House, have worked relatively closely together and he is a great contributor to parliament.

"He is there more than any other MP and what he said was desperately moving, and that's why it was right that the prime minister apologised today and said that, with hindsight, he would have done things differently.

"But I would say that everybody makes mistakes - it is only human that nobody gets every decision right, but you have to look at the overall picture of the prime minister's leadership, which is formidably in the interests of the nation."

The Leader of the House made similar comments supportive of Boris Johnson to Iain Dale on LBC this evening, saying: "There is no person who could lead in the way that he does."

He added: "I think one of the Prime Minister's most admirable qualities is his loyalty."

"The natural state of politics is that there will be a brouhaha about something.

"This is obviously serious otherwise the PM wouldn’t have made the statement he made today, and the apology that he gave is recognising the anger that there is with people whose family members died.

"Politics is not about life being easy for Prime Ministers. It would be hard to argue that this is an easy day.

"I used to work in the City where lots of events that were matters of work were fuelled with alcohol. Lunch in the City in the early 1990s was not an entirely dry occasion.

"I think what you are asking about is what Sue Gray is looking into and it is really important to wait and see what her inquiry says."