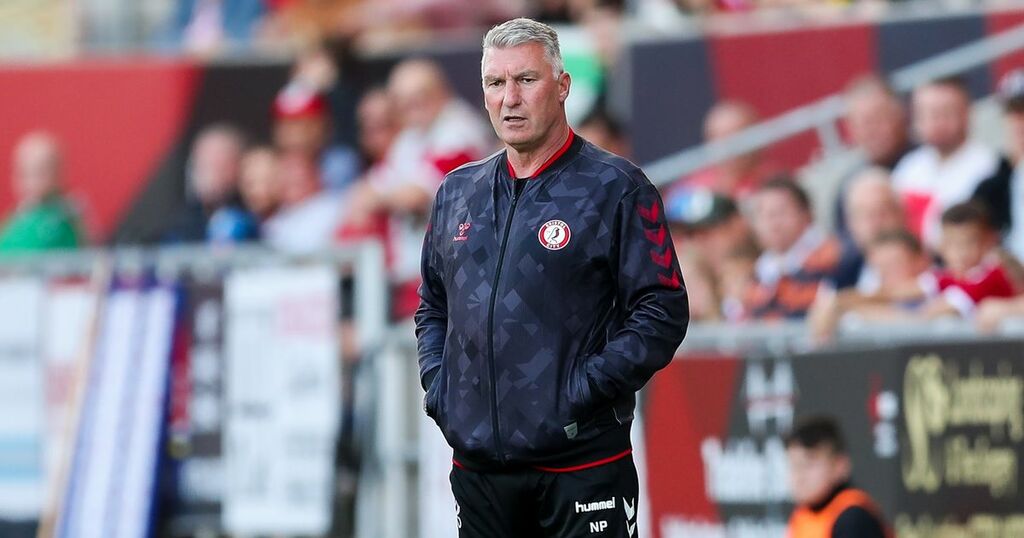 We had our chances and at least we created opportunities, worked their goalkeeper. I’m probably a bit happier about today than the players are. The players are really frustrated.

My view on it is, as I’ve said before, I judge ourselves against ourselves, not against other people and my take was it was a really committed performance and on another day we win that game.

I think they played well too, they had some chances, it could have gone either way. As a 0-0 goes, it was pretty good.

Both sides are probably feeling that they could have won it. If I was an away manager today, I would say, ‘yeah, we defended well and we had some opportunities’ but as the guy standing here who’s the home manager, I think we were really good.

You’ve sat in the stands and watched the games here up to now. What was it like being down in the dugout and why did you make the change?

I'm just going to mix it up. For me, I enjoy being able to see things from upstairs because it's more of a technical challenge but I just felt today it might be good to come down and see what it's like on the touchline.

In all honesty, you have managers standing in front of you and they talk about how much they can affect the game on the touchline, they are talking nonsense.

For me, it's really interesting that football is very different to rugby. All the head coaches of rugby teams will sit up top but for some reason in football we expect there to be theatre and managers want to strut their stuff down there.

I don't have a strong feeling either way, it’s just one of those things. I've been in the game long enough to enjoy both roles.

Their goalkeeper has made the best saves, I know they were both from long range but Massengo’s effort was heading in …

You must be really pleased by how he’s settled in?

Do you see any part of you in him, as an ex-central defender?

No, no, no. It’s a really poor question because I can’t remember what I was like as a centre-half, it was too long ago! I retired 23 years ago [chuckles]!

I like defenders who enjoy defending, it’s as simple as that.

He does that, but also the other stuff in that he can influence the final third as well …

He’s a good central defender who enjoys to come out with the ball. He’s a modern version of a defender. I like defenders who enjoy to defend, that’s what they’re there to do.

They get paid to do what we did and get a clean sheet. So it’s nice to get add-ons from that but I don’t judge them on anything other than being reliable, and that’s what defenders should be first.

All the ones who wear their socks over their knees and want to look like a playmaker, they’re a bit of a bluff really.

He’s played there loads of times in his career! He loves it! I think he’s done really well.

Does it limit you a bit in terms of that final third presence when he plays?

I don’t think so, not with Cam Pring in front of him.

How did you feel Cam got on today?

For somebody who has limited opportunities here and who has been out on loan many times, I think he’s really taken his opportunity well.

I’m pleased for him, he’s a super lad, and an example of somebody who knows what he’s good at and tries to do it. For me, that’s what it’s about.

You talk about options before the game, and there were four forwards on at the end of the game. Was that always the plan or was there something in the way Preston were defending towards the end?

I’m really happy that we kept a clean sheet because I’m somebody who wants the players to understand that how we set up is trying to win, but if you can’t win, you don’t lose.

That’s an important philosophy. But having said that it’s not going to stop us as staff to find ways of winning the game by getting an extra forward on. So we changed the shape, just left the big lads at the back and said, ‘go on, see what we can find’.

It was frustrating for us because the game had loads of breaks in it. It was very stop-start, I think the officials were a bit tetchy as well. But that’s not the reason for the result.

We had our chances, so did they, it’s probably a fair result but I would love for our players and fans, more than anything, for us to have got the winner today because it will come, if we play with that drive, energy, commitment, togetherness, even with the faults.

I get a bit tired of hearing people whinging about when things aren’t perfect. This is a good group of players, a sound group of people. They’re with the club and we want to produce for the fans.