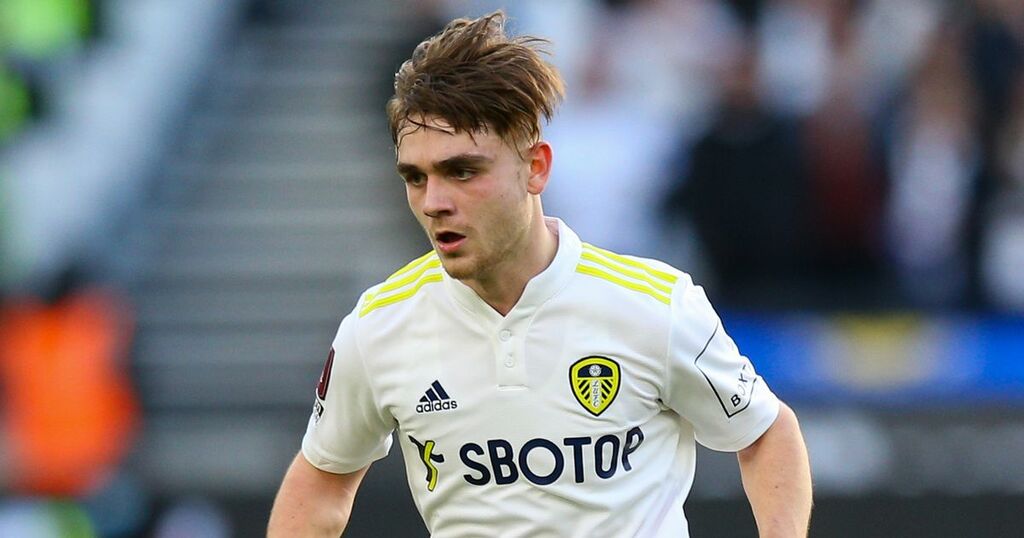 Lewis Bate and Leo Hjelde became the latest of a long line of Leeds United debutants under Marcelo Bielsa on Sunday.

The under-23s duo, who both signed for the club in the summer, made their first senior appearances in Sunday’s 2-0 FA Cup third round defeat to West Ham United.

They became the 43rd and 44th players that Bielsa has handed debuts to during his three-and-a-half-years at Elland Road so far, with an astonishing 30 of those under the age of 22.

So with that in mind, here is a look at each of those young players Bielsa has given an opportunity to.

After arriving on loan from Manchester City, Harrison was handed his debut at 21 in Bielsa’s first ever game in charge – the 3-1 win over Stoke City.

Harrison is still at Leeds and remains an almost constant member of the Argentine’s starting XI.

Shackleton was the first player from the club’s academy to make a senior appearance under Bielsa, when he came off the bench at just 18 in the victory over Derby County.

When fit, the 22-year-old has been a regular starter in the Premier League this season.

Despite signing six months before Bielsa’s arrival, Roberts did not make his debut until the 66-year-old’s arrival due to injury.

Clarke is the youngest ever debutant under Bielsa, when he came off the bench at just 17 in the 1-1 draw with Brentford.

After a string of fine first team performances, Clarke was sold at the end of that season to Tottenham for around £10million.

In his one and only appearance between the sticks for Leeds, Huffer kept a clean sheet in a 2-0 victory over Bristol City.

Due to injuries to Bailey Peacock-Farrell and Jamal Blackman, Huffer was handed his debut at just 20.

Like Huffer, Halme also made his debut in the 2-0 win against Bristol City at the age of 20.

Halme made five appearances during his time at Elland Road before being sold to Yorkshire neighbours Barnsley.

One player who was certainly chucked in at the deep end for his debut was Davis, who only started the 3-2 win over Aston Villa at just 18 due to an injury to Barry Douglas in the warm-up.

Davis is still on the books at Leeds but is currently on loan at Championship leaders Bournemouth.

Much excitement surrounded the signing of Kun when he arrived from Barcelona, however he has yet to really live up to his potential.

He made his debut for the Whites in the FA Cup defeat to QPR at 18, his one and only appearance for the club.

Similarly to Kun, Oduor made his one and only appearance for the club in the same match at QPR when he was 19.

Oduor is now at Barnsley, where he has established himself as a regular.

After joining from Forest Green, Stevens made his debut at 19 in a 2-1 league defeat to Stoke City.

Stevens went onto make six appearances for the Whites but after loan spells at Swindon Town and Bradford City, has now found a permanent home at Barrow.

White is arguably the club’s best loan signing in recent history after joining ahead of the club’s promotion campaign.

He made his debut in a 3-1 win over Bristol City at 21 and played every minute of every game in his solitary season at Elland Road.

Nketiah is the one and only player under Bielsa to score a goal on his debut for the club, when he netted in the 3-0 cup success over Salford City at 20.

He scored some crucial goals during his half a season with the Whites, before returning to Arsenal in January.

Like Nketiah, McCalmont also made his debut for the Whites against Salford, coming off the bench at 19 in the first of his two appearances under Bielsa.

McCalmont is still on the books at Leeds but is enjoying his second consecutive season-long loan spell away from the club, this time at League One Morecambe.

With excitement high following his arrival from Poland, Bogusz was handed his debut at 18 in the penalty shootout defeat to Stoke.

Bogusz has made three first appearances for Leeds during his time at the club but is currently in his second successive loan spell in Spain’s second tier.

Another player through the academy to make their debut under Bielsa was Casey, who came on in the 2-0 win at Huddersfield Town at 19.

Casey made three appearances for the Whites in total but is now at Championship side Blackpool.

One of the most successful youngsters under Bielsa is Struijk, who made his debut against Hull City at just 20.

Struijk is now a key member of the first team squad, as he has been since promotion to the Premier League.

Another extremely successful youngster to have thrived under Bielsa is Meslier, who made his debut against Arsenal in the FA Cup at 19.

Meslier is now arguably one of the best young goalkeepers in the world after establishing himself as Leeds’ number one almost two years ago.

After a number of appearances on the bench without ever making his debut, Gotts eventually was handed his first opportunity against Arsenal at 20.

Like the aforementioned Stevens, Gotts is now at Barrow, where he made the permanent move in the summer.

After joining from Manchester City in January 2020, Poveda had to be patient for his Leeds debut, which came away at Cardiff City at 20.

Poveda is currently recovering from a serious leg break he suffered while on loan at Blackburn Rovers.

Cresswell made his debut for the Whites at just 18 against Hull City, following in the footsteps of his Dad Richard, who also played for Leeds.

He is now a viable first team option under Bielsa after impressing on his Premier League bow against West Ham in September.

Despite being brought in as a signing for the under-23s, Greenwood did not have to wait too long for a senior debut.

That arrived at just 18 in the humiliating 3-0 defeat at Crawley Town.

After progressing through the Whites academy, Jenkins also made his debut for the club in the FA Cup tie at Crawley Town aged 18.

He is a regular in the under-23s side at Leeds but has not made a first team appearance since.

Another player to progress through the academy and then make their senior debut for the club was Huggins, who came off the bench at Arsenal aged 20.

Huggins was sold just a few months later, though, with League One Sunderland acquiring his services.

Following some excellent performances in the under-23s side, Summerville was handed his debut for the club at Newcastle United at 19.

Summerville continues to be a player that Bielsa utilises from the bench, making eight first team appearances this season.

Arguably the youngster who has made the biggest impact in the first team since promotion to the Premier League is Gelhardt, who was handed his debut at 19 in the Carabao Cup penalty shootout win at Fulham in September.

Gelhardt has gone from strength to strength since, netting his first senior goal against Chelsea last month.

The second 19-year-old to be handed his debut against Fulham was McKinstry, who also came off the bench at Craven Cottage.

McKinstry has since gone onto make his Premier League debut for the Whites, too, in the 2-1 defeat to Tottenham in November.

Another play given his debut at just 19 is Drameh, who started in the 2-0 Carabao Cup defeat to Arsenal.

Drameh has continued to be handed opportunities in the first season since, making four further appearances.

After arriving from Carlisle United in 2019, McCarron eventually made his debut for the club against Arsenal last month, aged 20.

McCarron is a regular in the under-23s side and can play either on the wing, or at left back.

Hjelde did not have to wait too long for his senior Leeds debut following his arrival from Celtic in the summer.

The 18-year-old was excellent up against Michail Antonio in the FA Cup clash with West Ham on Sunday, showing he is more than capable of filling in when necessary.

And the final player under the age of 22 to be handed his debut by Bielsa so far is Bate, who joined from Chelsea in the summer.

Bate played the first 45 minutes at the London Stadium on Sunday, which he will now be hoping is the first of many.