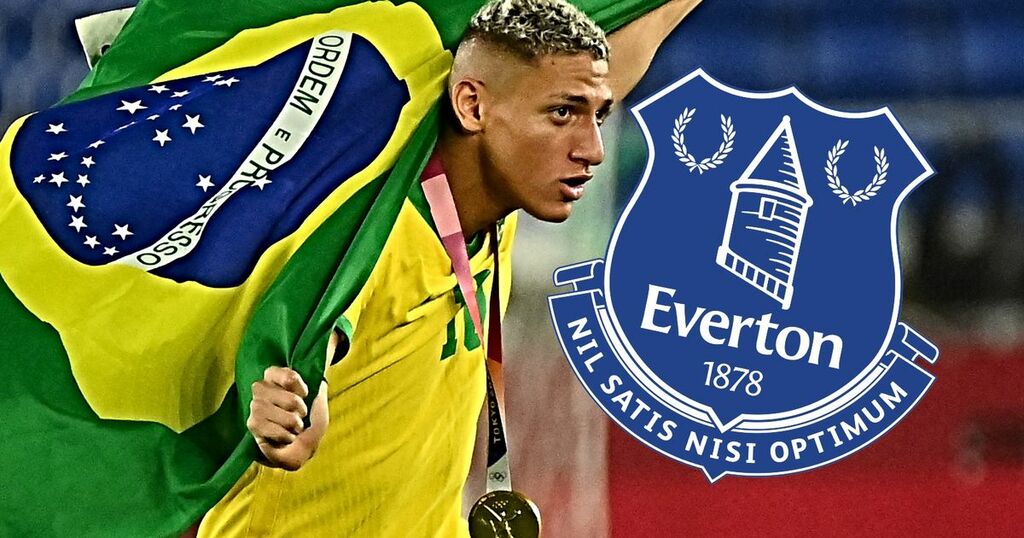 Some Evertonians were left scratching their heads at the club's decision in the summer to allow Richarlison to play a second international tournament.

It was seen by some as an unnecessary gamble to be taking so close to the beginning of the campaign.

Surely the forward needs a break? Surely this would mean he misses the start of the season? Surely the club should come first in these decisions?

However, as Brazil look for sanctions against a number of Premier League clubs for refusing to let their players travel for international duty this month, it's Everton who stand out.

As things stand, as per the request of the country, FIFA will enforce that players from five English sides will be unavailable for a period of five days - which is set to affect domestic and Champions League matches.

While Liverpool, Manchester United, Man City, Chelsea and Leeds would all be without key players due to this ruling - Everton would escape punishment for their "good relationship" with Brazil.

Some over the last 24 hours have used this fact as an excuse to get angry. Why do the Blues get special treatment over everybody else?

Well the reason lies behind the risk taken by the club in the summer, one that has proven to be more fruitful than potentially first anticipated.

Everton fans are well aware of Richarlison's constant desire to line up for his country in any situation possible, and following his exploits in the Copa America there was the opportunity for him to play in the Olympics before returning to his club.

But despite the forward's wishes, there were many who believed he shouldn't be allowed to travel to Tokyo with the rest of his teammates for the tournament.

Having been such an integral part of the Blues line-up for some time, the worry was that more football over the summer could lead to a potential burn-out for the Brazilian.

However, after conversations with new manager Rafa Benitez, it was decided that the 24-year-old would take part in the Olympic Games - eventually going on to win the tournament.

It's a gamble that hasn't taken long to really pay off.

Richarlison didn't miss any matches at the start of 2021/22 for Everton, instead proving absolutely pivotal to his side picking up their first three points of the campaign at home to Southampton.

As Benitez's system has changed, so has the Brazilian's role in the current setup - and he's a player who's still perhaps learning to bring the best out of himself for his new boss.

But he's still an important player in the side, one that the Blues can't really afford to be without if they can help it.

Burnley proved last season in their trip to Goodison Park that they are a strong side capable of picking up a big result. Everton will have to be on their toes to pick up a much-needed victory.

And so being allowed to play Richarlison could be vital, in turn making their summer gamble already a worthwhile one.

Of course, what also must be considered is the effect the last two weeks might have had on the player himself.

No doubt he would have been disappointed to have not been allowed to travel to play for his country, after Premier League clubs came together to deny that for any player who would have been returning from a red list area.

However, this could have been the time off he desperately needed.

It's not the three-week summer break that would have been afforded if he had not taken part in the Olympic Games, but this could be the perfect time for the Brazilian to rest and recharge.

There will be other international breaks coming up in the near future that Richarlison will be desperate to take part in once more, and it will be interesting to see how far Brazil and Everton's good will extends in that case.

For the time-being at least, the club's rather risky gamble in the summer has paid off - and it could yet bring the best out of a crucial player against Burnley.