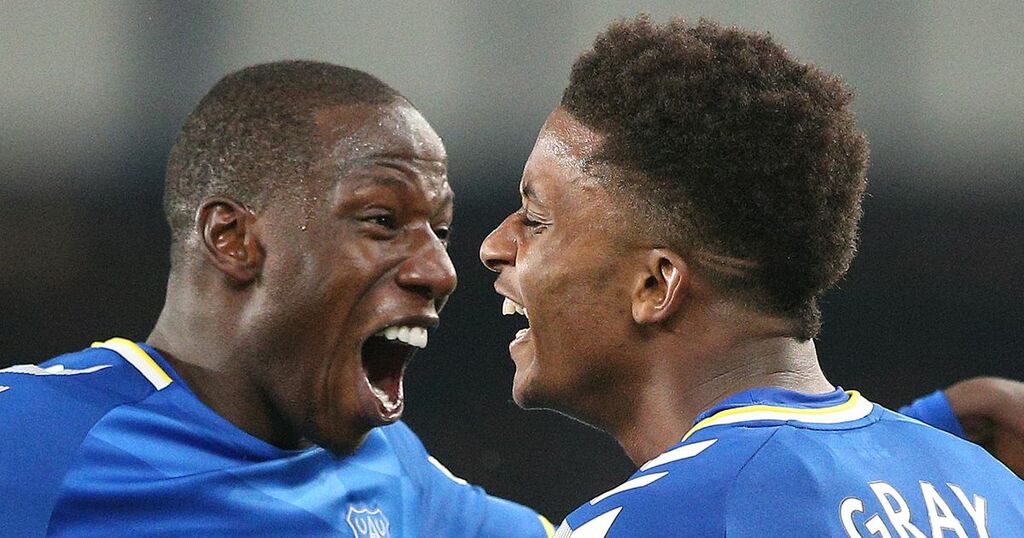 Animal, monster, machine. Just some of the names used to describe midfielder Abdoulaye Doucoure so far this season.

The Frenchman has been boosted by the arrival of manager Rafa Benitez and has taken his game up a level, transforming Everton going forward.

Having played a starring role in Monday night’s comeback victory over Burnley, Doucoure’s numbers suggest he could match last season’s productivity by the end of September.

In just four Premier League games, the 28-year-old has matched his assist tally for the previous campaign while he is close to equalling a number of other attacking stats.

Under Carlo Ancelotti, Doucoure was an important member of the team but, really, he had little impact.

He showed energy and desire but his contribution was limited. He would cover every blade of turf and he would tackle and pass but in terms of changing a game, his role was too rigid.

This season, he has been given licence to get forward to make things happen though in the first hour against the Clarets, after Benitez elected to go three at the back with two central midfielders, he was reined in again.

A mere passenger for the first 50 minutes, Doucoure and Allan weren’t in the game, a surprise after the giant influence the duo had on the team up to this point.

Against Southampton, the former Watford and Rennes man took the ball down in the area before spinning to rifle the ball into the top corner.

At Leeds, Doucoure slid the ball into Demarai Gray to fire home and was a big presence in the 2-0 win away at Brighton.

Shackled by Monday’s formation and set up though, the midfielder was struggling to get into any kind of rhythm as Everton trailed by a goal.

Then, he was unleashed. Andre Gomes came on for defender Ben Godfrey and Doucoure was free to roam and dictate.

Four minutes after the change, the midfielder played a part in the Blues goal, giving the ball to Andros Townsend who cut inside and hammered a stunning strike into the top corner from distance.

It was for Everton’s third though, just a minute later, that Doucoure really showed his quality.

Picking the ball up in his own half, he galloped forward and then pulled the trigger on a sumptuous defence splitting pass for Demarai Gray.

The winger, sprinting into space and in on goal, didn’t have to break stride the ball was so perfect and coolly slotted home.

Doucoure has it all but we only got to see his defensive attributes during his debut season. Now, we are seeing he is the whole package, adept at breaking up play but capable of causing carnage at the other end too.

Already, he has three assists, as many as he recorded last term. After his opening day effort against Southampton, one more goal will see him match his count for 2020/21.

Doucoure has recorded four shots on target so far, while in 29 matches last season, he managed just five.

Overall, he is hitting two shots a game under Benitez, while playing for Ancelotti, his tally worked out at 0.62 strikes a game.

Last season, he created two big chances in 2,451 minutes of football. In 360 minutes of game time this season, he has already made one.

His forward passes are double those that went backwards while he has already hit a third of through balls he pulled off in 2020/21.

Monstrous tackles have turned into monstrous displays. Doucoure is thriving and flourishing, free to influence the game all over the park and igniting Everton attacks again and again.