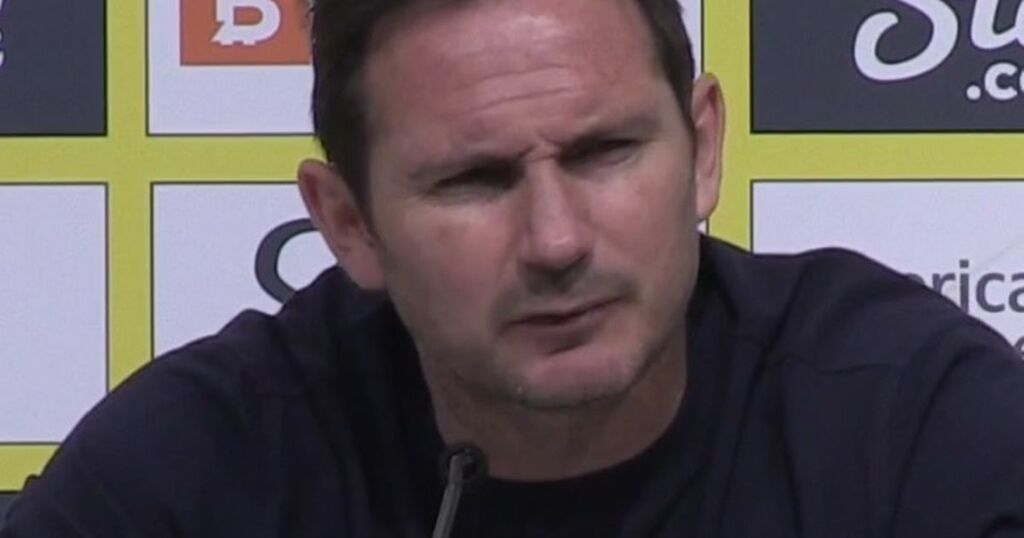 Asharq Al-Awsat
Ben Stokes and Brendon McCullum can be a ‘match made in heaven’ for England, says James Anderson

Motorsport
From analysis to good news, read the world’s best news in one place
Lusail International Circuit In Qatar To Undergo Extensive Renovations

Everton edged closer to Premier League survival but will rue a missed opportunity to take a giant stride towards safety.

The Blues laboured to a goalless draw against Watford that takes them one point further clear of relegation rivals Burnley and Leeds United. But, with Roy Hodgson's men having been relegated at the weekend and in the midst of an injury crisis, Everton may have prolonged the anxiety of their dedicated supporters into the final week of the season.

The away side - avoiding defeat for only the second time since their draw at Chelsea on December 16 - did have chances as they dominated sections of the second half at Vicarage Road. Richarlison forced a brilliant one-handed save from Ben Foster through a deflected effort and Everton found themselves in a number of promising positions - particularly after sloppy errors from Watford presented them with the ball in the final third. Despite being roared on by another passionate travelling army of Blues they were unable to convert those opportunities into clear-cut chances, however.

READ MORE: What Everton away end did during warm-down speaks volumes after Watford frustration

YOUR SHOUT: Rate Everton players after the frustrating draw with Watford

And Watford maintained a threat on the counter attack, the hosts thwarted by big tackles from Fabian Delph, Seamus Coleman and Mason Holgate as they attempted to break clear.

With Leeds United suffering a defeat against Chelsea, the gap to the bottom three was extended and Everton's gathering momentum continued as they made it seven points from nine since that defeat in the Merseyside derby last month. Their destiny remains in their own hands and Frank Lampard, who has been so crucial to ensuring that is the case, was serenaded once again as he headed to the away section to thank the travelling thousands after the final whistle.

Yet the journey north - by coaches, players and supporters - will be permeated with frustration. A win on Wednesday would have left the Blues on the brink of Premier League safety. Three points could even have been enough for survival to have been guaranteed before they kick-off at home to Brentford on Sunday afternoon. Instead they will have to play at least another 90 minutes under the pressure of a relegation battle.

And in the end it was Everton left watching nervously as Christian Kabasele's late effort from a Watford free-kick squirmed into Jordan Pickford's grateful arms.

Lampard had made one change to the starting line up, bringing in Michael Keane for the injured Yerry Mina - who is expected to be unavailable for at least the next two games. Having sat deep against both Chelsea and Leicester City, his players fighting their way to important victories despite conceding much of the possession, he maintained that approach - again asking Alex Iwobi to operate as a right wing back.

Watford took advantage in the opening 15 minutes, starting brightly. Joao Pedro was a menacing presence as the Hornets probed, but few serious questions were posed of Pickford - the closest call coming from Keane as he sent a block goalward off his shins.

As the match developed, the visitors gained a foothold in the game and repeatedly found space beyond the Watford backline, Iwobi, Richarlison and Anthony Gordon all racing clear. But on each occasion the break fizzled out, with Everton unable to convert promising positions out wide into clear-cut chances.

Having scored the winner against Leicester City from a corner, they also offered little threat from their attacking set pieces. Paul Clement, who has taken responsibility for coaching set pieces under Lampard, could be seen going to the edge of the technical area to study each corner and free-kick. But all were comfortably dealt with by Watford.

Everton dominated the early stages of the second half - Richarlison forcing that save from Foster and Demarai Gray shooting wide after a neat one-two with Iwobi. Lampard made changes towards the end - most notably bringing on Dominic Calvert-Lewin for his first minutes after the latest injury in his difficult season. But this was, ultimately, a match in which the limitations of two sides caught at the wrong end of the table were all too clear.

That did not silence the travelling Blues, however, who did everything they could to spur their side onto what would have been a vital win. Yet while there will no doubt be frustration among their ranks, the wider context of this result remains important. Few dreaming of Everton's survival would have turned down four points from the away double header that kickstarted their run of five games in 14 days to secure their Premier League safety.

That hopes were raised so high by the win at the King Power Stadium - and that against Chelsea the week before - shows how far Everton have come in recent weeks. Once again attention will now turn to what they can achieve at Goodison Park. Hopes rest on their L4 fortress, where they will have chances to strengthen their position against both Brentford and Crystal Palace before travelling to Arsenal on the final day of the campaign.

That could have been avoided had they found a way to turn one point into three at Watford. But, for this Everton side, this season, that would have been too straightforward.