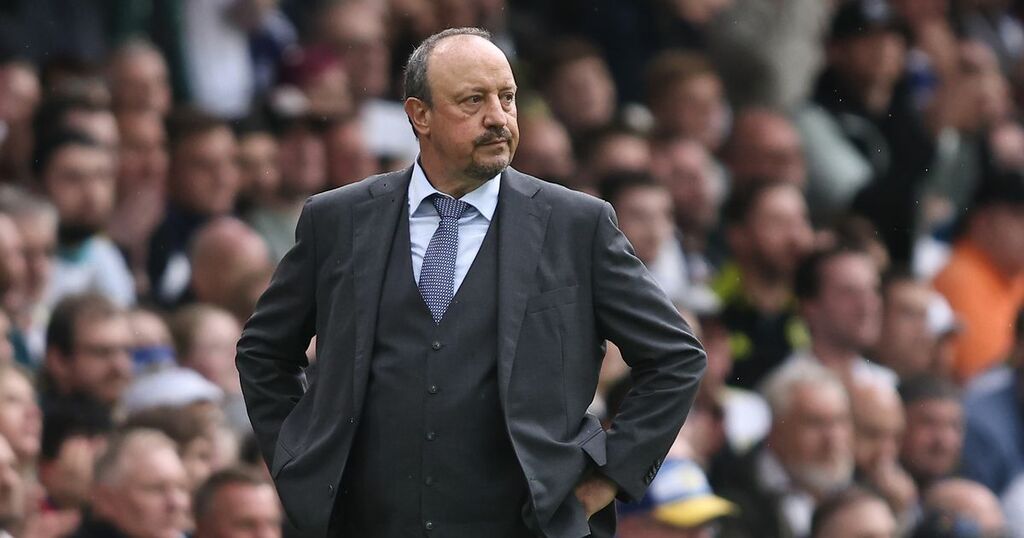 By the time Rafa Benitez’s side run out at Goodison Park, it will have been over two weeks since their last game, the 2-0 win over Brighton at the Amex.

And even though nothing has been happening on the pitch recently, there has certainly been plenty going on off it.

Everton brought the curtain down on their summer transfer business with the acquisition of Salomon Rondon from Dalian Pro last Tuesday.

The move sees the 31-year-old reunited with Blues boss Rafa Benitez after the two worked together at Newcastle United and the Chinese Super League side.

The forward was the fifth summer signing made by Benitez in a window that saw the club’s spending restricted due to Financial Fair Play Regulations.

While the most high-profile exits on deadline day saw both Moise Kean and Niels Nkounkou make temporary switches to Juventus and Standard Liege respectively.

But James Rodriguez, despite plenty of speculation linking with a move away during the summer, remained at the club.

All this means Rafa Benitez has some interesting selection decisions to make when his side take on the Clarets.

Although given his impressive form, it is hard to imagine that Jordan Pickford won’t start in goal for the game.

However, Benitez was handed a fresh injury concern on Sunday night when it was confirmed that Seamus Coleman had picked up an injury while away on international duty with the Republic of Ireland.

The Blues have confirmed that the full-back has been assessed at USM Finch Farm but no further update was offered on his current condition.

Everton failed to secure a right-back in the transfer window meaning Benitez may be forced turn to Jonjoe Kenny to come in for Coleman, while Lucas Digne is expected to start at left-back.

Michael Keane and Mason Holgate were given the nod at the Amex, but the return of Ben Godrey could see him given the nod for his first start of the season in place of Keane, who has endured a tough start to the campaign.

Should Yerry Mina recover from the slight knock that kept him out of the Brighton game, then he may also be in contention to start like he did against Leeds United in place of Holgate.

While both Holgate and Godfrey could also be options to fill in at right-back should Coleman miss out and Benitez decide against starting Kenny.

Tom Davies and Jean-Philippe Gbamin certainly impressed in midfield against Huddersfield recently, but again it is hard to look past Allan and Abdoulaye Doucoure both starting.

But it is out wide where Benitez will have arguably his biggest selection headache as three into two simply doesn't go.

Alex Iwobi has impressed so far this season and it could be argued that Benitez is the first Everton manager to get a tune out of the former Arsenal man.

But so have Demarai Gray and Andros Townsend and it is hard to bet against the pair lining up on either flank at Goodison.

Further forward and things are a little simpler as Richarlison and Dominic Calvert-Lewin are shoe-ins to lead the line once again.

While Rodriguez remaining at the club is also likely to hand Benitez somewhat of a selection headache further down the line.

Should the Colombian get himself fit then there is no doubt he would be a very good option for the Blues to have at their disposal.

The former Bayern Munich playmaker is a world class talent who can do things no one in this Everton squad can do.

While there is also no doubt that having Rondon as an extra option will certainly help provide some much-needed cover for Calvert-Lewin and offer the Blues something different.

And the Blues received an extra boost from their new forward last week after it was confirmed he would not be joining up with the Venezuela national team for their World Cup qualifiers.

Had Rondon joined up with his national side for their games against Argentina, Peru and Paraguay, then he would have missed the Blues' game against Burnley.

That is because all three countries hosting Venezuela’s qualifying matches are currently on the UK Government’s red list, meaning those travelling back to England would have to quarantine for ten days upon arrival.