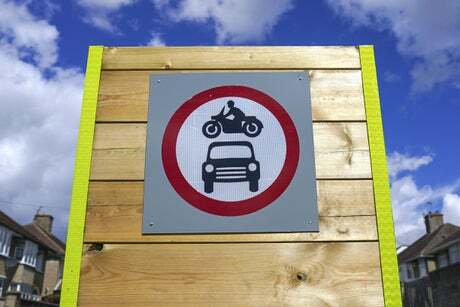 City living often redounds to the battle for something more precious than diamonds and pearls — space. A seat on the Tube and a garden at home are the apotheosis of life in the metropolis.

Space is of course finite, creating winners and losers. That is the context in which Low Traffic Neighbourhoods operate and why emotions around them can occasionally reach fever pitch.

We all want to breathe cleaner air and live on quieter streets. At the same time, these schemes must be rolled-out with real buy-in from residents.

Lambeth and Tower Hamlets councils have announced they are to review their LTNs after local protests. This follows Ealing’s decision to remove seven of its nine LTNs after a resident referendum found a majority were against them.

So, as one triple lock is set to be ditched, it is time for another. LTNs should pass three tests: that they have a clarity of purpose, are backed up by data and rolled-out in consultation with residents. And consultation must mean more than a piece of paper through a letterbox, devoid of data or local nuances.

It is clear that many need to drive for their day-to-day lives, whether because their children live far from school or there is no reasonable public transport alternative.

Yet there is a large group for whom LTNs might encourage them to jettison their cars — and help the Mayor achieve his goal of 80 per cent of all trips in London to be made on foot, by cycle or using public transport by 2041.

Finally, we must ensure that those who understandably took to their cars during the pandemic return to public transport before new habits solidify.

At the end of the day, we all have somewhere to be, and only so much space with which to get there. Let’s use it wisely.