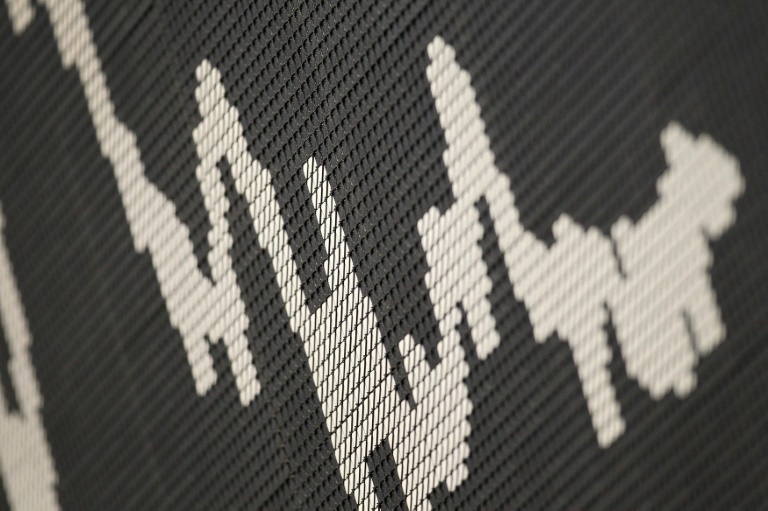 London (AFP) - Asian and European stocks tanked Friday, accelerating a global selloff on fears over the impact of interest…

AFP
One subscription that gives you access to news from hundreds of sites
Wall Street tumbles on Fed worries, pound slumps

The Dow Jones took a dive. Tesla stock plunged on a possible Elon Musk move as he tries to buy…

London (AFP) - European and Asian stocks slumped Friday over fears about the impact of interest rate hikes that seek to tackle sky-high inflation.

Meanwhile, the pound hit a two-year low at $1.2276, one day after the Bank of England (BoE) warned that UK inflation would top 10 percent and the economy contract later this year.

"A sinking feeling has taken over financial markets at the end of a volatile week," said Hargreaves Lansdown analyst Susannah Streeter.

"Investors are digesting the unpalatable implications of inflation and fretting that there will be a need for a bigger dose of the bitter medicine being administered to try and bring it under control."

Asian equities tumbled after steep Wall Street losses Thursday, as traders contemplated a period of fierce monetary tightening by the US Federal Reserve.

The Fed on Wednesday lifted borrowing costs 50 basis points -- the most since 2000 -- and signalled more increases as inflation sits at the highest levels in decades.

On Thursday, US stocks plunged.The Nasdaq shares index -- which is dominated by tech firms particularly sensitive to higher interest rates --  tumbled five percent, while the broader Dow and S&amp;P 500 each slumped by more than three percent.

That selloff filtered through to Asia, where Hong Kong tanked 3.8 percent Friday as tech firms took a hit.

"Concern about inflation is the culprit and the wild swings we've seen this week are a reminder that sentiment is about as fragile as a porcelain doll," noted AJ Bell investment director Russ Mould.

"The other fear is that the cure for inflation, higher rates, could be as bad as the disease if they choke off growth and even lead to recession."

A strong US jobs report showed the world's top economy remains resilient, and wage growth -- a key inflation worry for the Fed, was moderate.

However, the report also indicated people left the labour force last month, which will make it more difficult for the Fed to ease the tight jobs market.

"Given the record number of job openings, that is a signpost that will continue to leave the market concerned about persistent wage-based inflation pressures as employers offer wage-based incentives to attract workers," said market analyst Patrick J. O'Hare at Briefing.com.

London (AFP) - Asian and European stocks tanked Friday, accelerating a global selloff on fears over the impact of interest…

AFP
One subscription that gives you access to news from hundreds of sites
Wall Street tumbles on Fed worries, pound slumps

The Dow Jones took a dive. Tesla stock plunged on a possible Elon Musk move as he tries to buy…