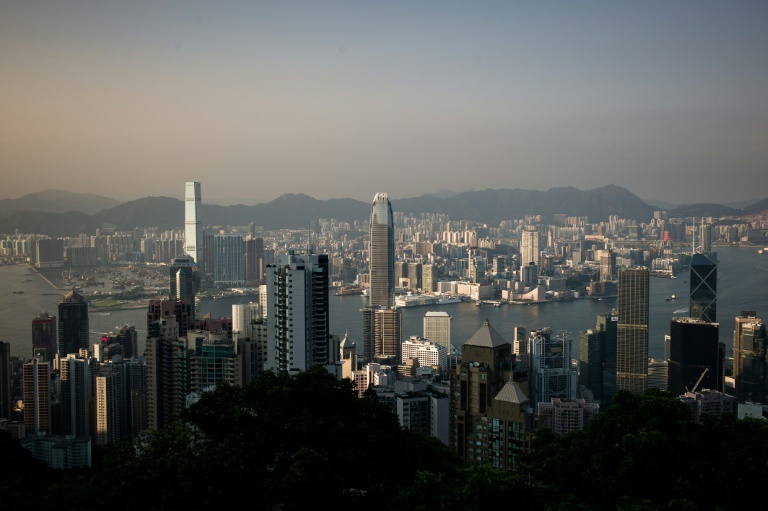 The euro was up against the dollar but down versus the pound, with a stronger sterling in general weighing on London's benchmark FTSE 100 stocks index featuring numerous multinationals.

European Central Bank governors meet Thursday under pressure to clarify their stimulus exit plans, as the eurozone economy rebounds from the pandemic and inflation surges.

Equities were down also on growing concerns about the impact of the Delta coronavirus variant, while tech giants drove a sharp sell-off in Hong Kong after China further tightened its grip on the gaming sector.

After enjoying a broadly healthy run-up at the start of September, equity markets have largely been on the back foot this week.

Wall Street's three main indices finished well in the red Wednesday after the Federal Reserve's closely watched Beige Book on the state of the US economy pointed to a slowdown caused by Covid-19 as well as problems with supply and a lack of workers.

"Momentum definitely seems to be slowing as far as the recovery is concerned," said City Index analyst Fiona Cincotta.

"Before we'd been hearing that the Fed would tighten monetary policy and that's what was unnerving the market.Now, it's actually slightly softer data and also rising Covid cases."

Traders were keeping tabs on Washington also after Treasury Secretary Janet Yellen warned the US government would run out of money next month unless lawmakers hike the federal borrowing limit, which could lead to the world's top economy defaulting on its debt repayments.