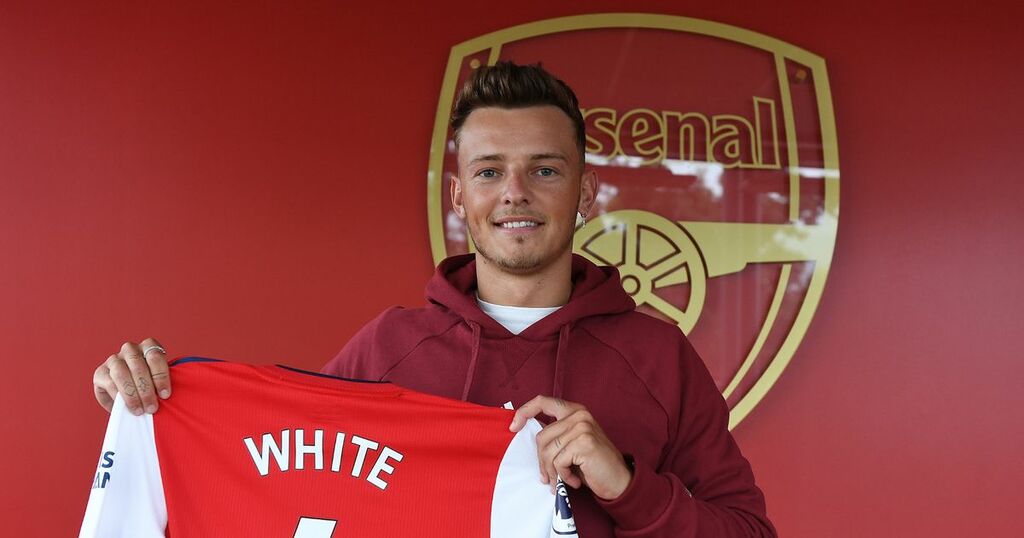 Arsenal's near £160million summer spending spree has catapulted them into ninth in the list of Europe's most expensive playing squads.

The Gunners shelled out the hefty sum to bring in six players this summer yet still find themselves currently rock bottom of the Premier League.

Those players have joined the likes of Nicolas Pepe (£72m), Thomas Partey (£45m), Alexandre Lacazette (£47m) and Pierre-Emerick Aubameyang (£58m), who, along with White, make up Arsenal's biggest five transfers of all time.

The combined total of Arsenal's squad equates to a mammoth £542m, but that only just registers inside the top 10.

The rest of the Premier League's 'Big Six' are also included in that number, with Manchester City out in front with a squad worth £926m.

The signing of Jack Grealish for £100m has gone some way to boosting that figure, while other arrivals over recent seasons, including Ruben Dias (£60m), Joao Cancelo (£58m) and Rodri (£56m), have added to the plethora of expensive talent on their roster.

They sit just ahead of rivals Manchester United in the table, compiled by the CIES Football Observatory.

United have also been frivolous with their spending this summer, landing Jadon Sancho and Raphael Varane for a combined £115m, before sealing the return of Cristiano Ronaldo for a relatively modest fee in comparison.

Behind them on £820m comes Paris Saint-Germain - more than £350m of which was on just two players, Kylian Mbappe and Neymar.

There is a clear gulf between the top three and the rest of the pack, with Real Madrid next on the list on £675m.

Ironically, had Madrid been successful with their attempt to sign Mbappe last month, they would have jumped ahead of PSG in the standings.

Then Chelsea (£669m) and Liverpool (£576m) register in fifth and sixth respectively, with the difference between the sides pretty much the fee the Blues paid to re-sign Romelu Lukaku in a club-record transfer this summer.

For all their financial woes, Juventus (£563m) and Barcelona (£551m) still possess squads packed with millions of pounds' worth of ability, before Arsenal and Tottenham (£472m) make up the top 10.

Possibly the biggest surprise in the whole list is that Everton - who have qualified for European competition just twice in 11 seasons - have spent more on their squad than Bayern Munich, who won the Champions League just two years ago.