It puts Espargaro just four points behind Quartararo in the championship standings, with the Aprilia rider consistently proving himself and his package as genuine title contenders.

But he still has no deal in place with Aprilia beyond 2022, with Espargaro revealing during the Austin weekend that initial talks with the Italian manufacturer had left him “sad” as both parties were too far apart of terms.

Asked after his Le Mans podium if he was making it difficult for Aprilia to say no to him, Espargaro said: “I don’t know what’s happening there. I don’t know what to say.

“It’s not affecting me. I’m very happy and I’m enjoying the moment.

“It will help really to know as soon as possible my future, because it will give me some tranquillity.

“I would say there’s nothing more I can do – yeah, I can win every race, but this is very difficult. Finishing every race in the podium is all I can do.

Commenting on the 2022 Aprilia, Espargaro says it is the motorcycle “I always dreamed of” having and is at a loss to explain his current “insane” form.

“I have no words, sincerely,” he admitted. “I have no explanation, what’s happening I don’t really understand.

“I am enjoying this year a lot, I have the bike that I dreamed.

“I asked the engineers to make this bike like I’d always dreamed, and they did it which is very difficult. In the pre-season they improved the bike a lot.

“This bike I have is the bike I always dreamed of. Now I’m just four points behind Fabio, 100 points in seven races, leading the teams’ [championship]. It’s insane.” 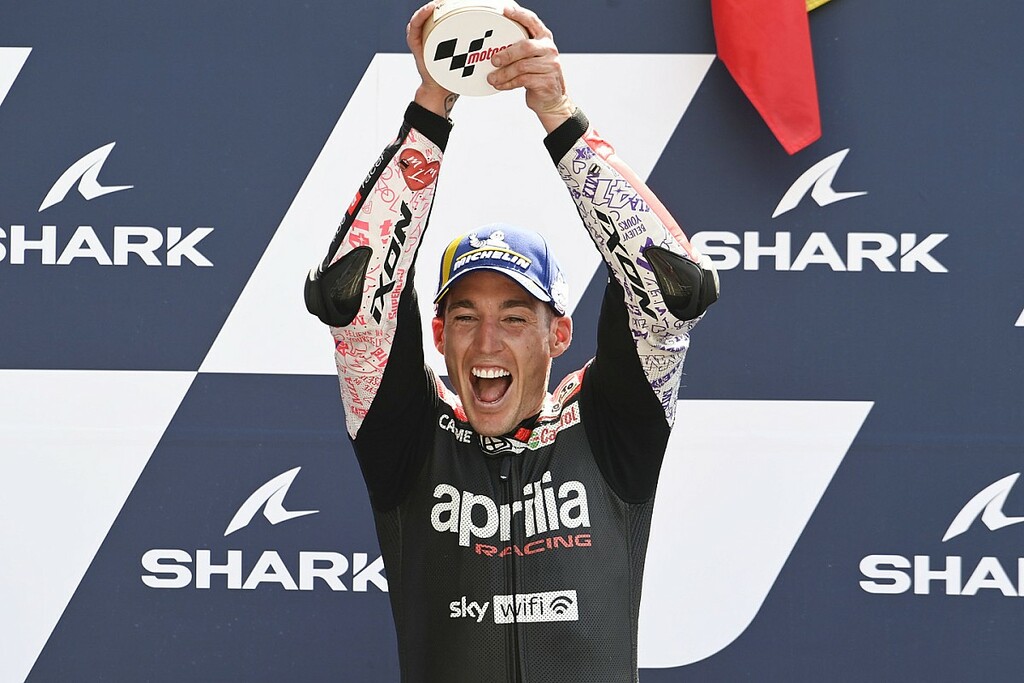