There was a two-minute notice of Erik ten Hag's arrival and as soon as the door swung open, his entrance was expected. Ten Hag strode in merrily and gladhanded the nearest journalist sitting in the front row. That was unexpected.

Club staff had advised the dedicated correspondents to sit in the front rows and it soon became clear why. Ten Hag, dressed in a white shirt and summery sand-coloured suit with a pocket square, pressed the flesh with around a dozen journalists, most of them scheduled to cover Manchester United's pre-season tour of Thailand and Australia in July. The broad smile across Ten Hag's face never dropped.

To those sat further back, Ten Hag offered a wave and repeatedly assured it was 'nice to meet you all'. United could not wait to draw a line under a chastening season and will hope Ten Hag's sunny exterior ushers in an era of positivity.

It was a personable start as part of United's own reset in the communications department. In Holland, the suggestion is Ten Hag lacks charisma. Though he did not exude it, Ten Hag was comfortable and more open to greeting journalists than some of his permanent predecessors.

The acting director of communications invited Ten Hag to make some opening remarks and he described United as his 'home'. Ten Hag had already posed pensively on the pitch and met some of the staff in the Megastore.

At the age of 52, it was Ten Hag's first-ever visit to Old Trafford, though he stressed United were his favourite English club as a boy.

"I have been in Manchester but this is the first time in Old Trafford. I'm impressed, it feels like my home already and I cannot wait for the first match when the stands are full and it will be an exciting experience.

"I have seen a lot [of Man United] in the past, big teams from Man United, they had a lot of generations that were really successful and there was a fantastic ambience always at Old Trafford and really looking forward to getting that experience.

From Ten Hag's address to the final question, the press conference lasted a compact 18 minutes with all bases covered. Ten Hag is not as loquacious as Rangnick and his bluntness is more succinct.

"That is on the club," he replied when asked if he endorsed Rangnick's consultancy role. Their first in-person rendezvous could be brief.

Observing Ten Hag at Selhurst Park, he has already perfected the stoic expression that is mandatory for a United manager. The mood among staff and officials visibly improved against Crystal Palace, doubtless due to the turnaround at the Etihad Stadium and Brighton's defeat of West Ham. Ten Hag gave little away even when he posed for selfies. At Old Trafford, he remained coy.

Did Cristiano Ronaldo have a role to play next season? "Of course."

What would he bring? "Goals."

Perhaps surprisingly, Ten Hag was complimentary about Harry Maguire when the issue of the captaincy was raised. Maguire endured a horrendous season and certain teammates were indiscreet in voicing their own reservations about his quality.

"I have to repeat: next season is a different season," Ten Hag stressed, "but I think he did a great job. He is a great player, he achieved a lot, also the contribution to Man United. So I'm looking forward to working with him."

Solskjaer's soft man-management let players slip into their comfort zones whereas Ten Hag has already kept Maguire on his toes, whilst offering a generous compliment. There is no promise the armband will be strapped to his bicep come the Liverpool friendly in Bangkok on July 12.

The most stirring comment came in response to the mention of Manchester City and Liverpool, an unbreakable duopoly in the last five years, despite United finishing second twice in that time.

"In this moment, I admire them both," Ten Hag said of Pep Guardiola and Jurgen Klopp. "They play really fantastic football, both Liverpool and Man City. But you always see an era can come to an end and I'm looking forward to battling with them.

"And I am sure all the other clubs in the Premier League want to do that."

When asked if Guardiola and Klopp's dominance could end with them in situ , Ten Hag replied: "I think, yeah." Less is more. It is that concise and committed rhetoric that United will hope the supporters will invest in with Ten Hag. 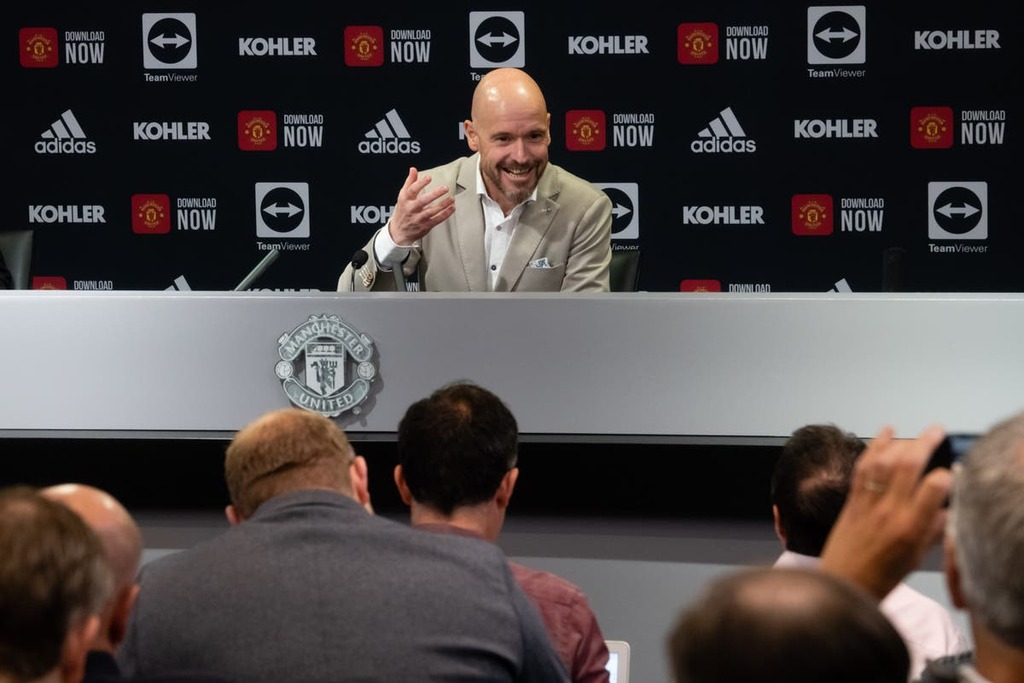 The Independent UK
From analysis to the latest developments in health, read the most diverse news in one place.
The inside story of Manchester United’s dire season as Erik ten Hag offers surprise

These are your Manchester United evening headlines for Monday, May 23.