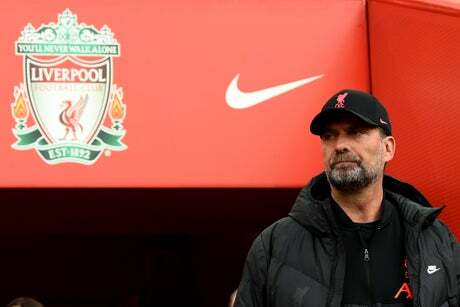 United round-off their miserable campaign against Crystal Palace at Selhurst Park next weekend and will be aiming to seal at least a Europa League place with their ambitions of returning to the Champions League having fallen flat under interim boss Ralf Rangnick.

They currently sit sixth in the Premier League table and have to win their final match of the season against the Eagles - and hope West Ham do not win their game in-hand against Manchester City on Sunday.

According to The Athletic, Ten Hag is set to tune into the game at Selhurst Park to get more intel on his future employers having already been announced as the club’s new boss. The Dutchman could potentially be set to take that one step further.

As per the reports, he is considering whether to attend the game in-person now he has officially passed on the reins of the Ajax job. Having claimed the Eredivisie title in his final season at the Johan Cruyff ArenA, he is set to be replaced by Alfred Schreuder.

Should ten Hag choose to attend the clash at Selhurst Park then it would be his first public appearance as Manchester United boss, with his appointment having been announced a number of weeks ago. One of the players he is likely to get a close look at is Cristiano Ronaldo.

How many signings do Man Utd need to make to return to the Champions League? Have your say in the comments below.

Since returning to Old Trafford from Juventus last summer, the Portuguese has been one of the side’s better players this term. He has scored 24 goals in all competitions and has twice been named the Premier League player of the month this season.

The 37-year-old has already welcomed ten Hag and signalled his excitement at lifting silverware alongside the Dutchman. Speaking to the club’s official website, he said: "What I know about him is he did a fantastic job for Ajax, that he's an experienced coach.

"But we need to give him time. Things need to change the way he wants.

"We are happy and excited, not only as players, but the supporters as well. I wish him the best and let's believe that, next year, we are going to win trophies."

Ten Hag has penned a contract at Old Trafford until the summer of 2025, with the option to extend for a further year. Meanwhile, doubt has been cast over the future of Ronaldo following the Red Devils’ poor campaign but his current deal is set to run until next summer.