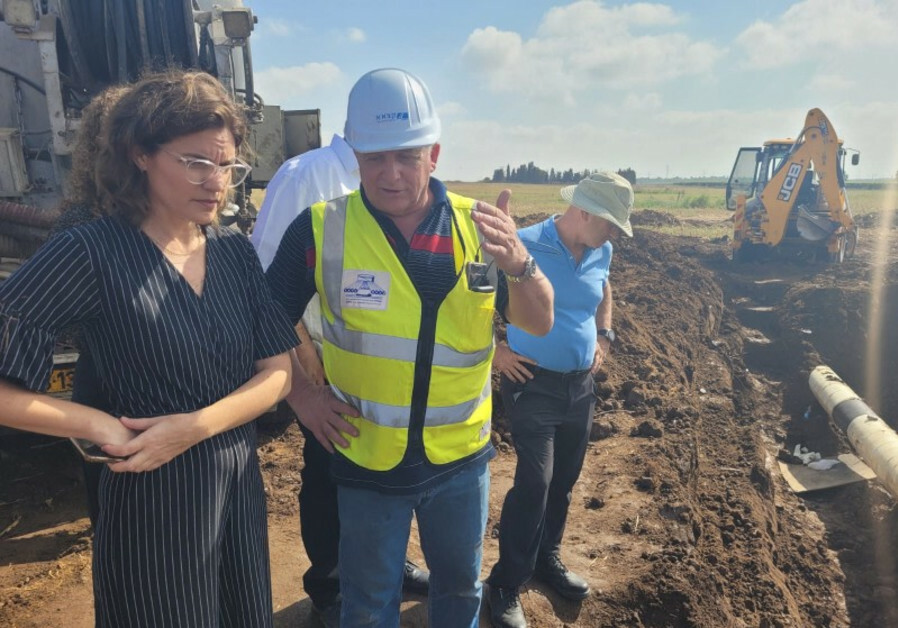 Three environmental organizations threatened to file a lawsuit against the Eilat Ashkelon Pipeline Company after about 100 cubic meters of oil leaked from the pipeline near Mash'en near Ashkelon in August, the organizations announced on Monday in a letter to Environmental Protection Minister Tamar Zandberg and the Nature and Parks Authority.

The leak led to the need to clear 5,000 tons of contaminated soil and concerns that the fuel contaminated groundwater. The organizations, including the Society for the Protection of Nature in Israel, the Israel Union for Environmental Defense and Zalul, warned that they would file a lawsuit if no concrete steps are taken to correct the issues in the pipeline and prevent the recurrence of environmental damage.

The incident occurred shortly after the Eilat Ashkelon Pipeline Company rejected claims that its fuel pipeline was deteriorating, according to the letter.

"The latest leak incident, then, is not surprising, but is a disaster that was completely expected to occur," said the organizations.

The Green Police of the Environmental Protection Ministry has launched a criminal investigation into the company.

At the time of the incident, Zandberg visited the scene and said: "This is a very serious incident, which once again illustrates how dangerous and harmful the transportation of fossil fuel in the heart of the State of Israel can be.

"This incident highlights that mishaps happen, all the time, and it is strictly forbidden to allow malfunctions to occur in close proximity to sensitive areas, on land or at sea, such as near coral reefs of global importance. We will examine the circumstances of the incident, and act to enforce proceedings with the company as required," said Zandberg.

In 2019, the Eilat Ashkelon pipeline was forced to pay $100 million in compensation for a 5 million-liter oil spill that happened in late 2014, and badly damaged the Evrona Nature Reserve in southern Israel.

5 million liters of oil spilled close to the town of Be’er Ora in late 2014, approximately 20 km. north of Eilat, and badly damaged the Evrona Nature Reserve.