Enter Stage Left: A Donkey Debuts at the Met Opera

NEW YORK — Backstage at the Metropolitan Opera, before the curtain rose on Monday on a revival of Puccini’s “La Bohème,” a donkey in a pink jester’s hat waited patiently for her cue.

This was Wanda, a 15-year-old, with handsome brown stripes running down her back and onto her tail. Making her Met debut this season, Wanda plays a brief but notable role in this romantic, tragic opera: During the grand Café Momus scene, she pulls a brightly colored cart full of toys, which the peddler Parpignol hands out to excited children.

In Franco Zeffirelli’s lavish production, the moment is an awe-inspiring spectacle, evoking the Latin Quarter in Paris and bustling with some 250 people onstage — and a donkey and a horse, who pulls a hansom cab onstage for a dramatic entrance.

Wanda has big hooves to fill. For 16 seasons, the role was played by the same donkey, Sir Gabriel, who was adored by cast members and backstage crew. “He was a big presence at the Met, in ‘Barber of Seville,’ in ‘Bohème’; he was really beloved,” said Nancy Novograd, who runs All Tame Animals, the animal agency that works with the Met. (The agency has also represented hissing cockroaches and lion cubs, among others, for film, fashion, theater and more.)

Sir Gabriel retired from opera this year to a farm that Novograd owns in Maryland. This is not a dark euphemism: He has begun a second act as a companion donkey to a mare who lost her partner at a farm down the road. At first, the two were aloof toward each other, standing on either side of the paddock, but after a few months they edged closer and closer, until they finally bonded.

And so Wanda has taken up the mantle in “La Bohème.” She is in her prime — donkeys often live to be 30 to 35 — and has prepared for this moment with a wide variety of roles. She has been in a petting zoo and once stood outside a bar to attract customers. She has starred in commercials. And she is a recurring star of services on Palm Sunday at the Church of St. Paul and St. Andrew, as the donkey that Jesus rides into Jerusalem. This season, though, was her first time on the Met stage — and Novograd said, so far, so good.

What makes for a good opera donkey? It’s not so different from what makes for any good opera star. “When it comes to hoofed animals like horses and donkeys, you want one who is bold rather than quiet, which sometimes surprises people,” Novograd said. “There’s a lot going on that might seem frightening or dangerous, and if they’re too timid that will overwhelm them. Confidence is the most important thing, whether it’s a horse or a donkey or a dog.”

Every night of the “Bohème” run, Wanda comes in a trailer either from Wallkill, New York, or the Bronx, where she stays when she has a steady gig in the city. Novograd and her handlers take Wanda out of her trailer, and head to something called “the horse door,” a large entrance on the street that leads into the labyrinth of hallways in the Met, past costumes in storage, lockers for the cast and stagehands, pieces of the set, and other miscellany behind the curtain. On opening night, Novograd and three men — carrying buckets and shovels in case of an accident — led Wanda and her equine co-star Lord, a dark chestnut horse, to their waiting place backstage, beside Wanda’s colorful cart.

Lord pulls a hansom cab, carrying the character Musetta and her aging, wealthy lover into Café Momus, where they meet Mimì, Rodolfo, and Musetta’s former flame Marcello. It is a dramatic entrance, one that Lord, a 19-year-old former racehorse, has made for years. (He also has a number of other notable roles, including recurring appearances on the television show “The Gilded Age,” and was made up as a zebra in “The Greatest Showman.”) John Allegra, his owner and onstage handler, said, “Anyone, really, could drive this horse.”

Allegra owns 45 horses on a farm in Connecticut, many of whom are frequent performers. He had two in a recent revival of “Aida,” whose Triumphal Scene is one of the most animal-centric in opera. “When the horses hear those horns,” Allegra said. “They’re ready.”

Backstage at “Bohème,” as Act 1 got underway, and snatches of arias drifted backstage, the animals and their handlers slowly got their costumes together. Allegra put on his hat and 19th-century period coat for a walk across the stage. Martyn Blackmore, who was leading Wanda, also got into costume. Gregory Warren, who plays Parpignol, appeared in his clown-like makeup and tested out the toys in Wanda’s cart, to see which were attached and which weren’t, so he could distribute them to the children onstage.

“Animals and children,” Warren said. “Having them onstage really changes things up. That’s one of the best things about live performance, that it changes every night.”

Wanda’s hat was put on, as was a colorful cloth, blue and gold with purple fringe, that covered her back. Like an experienced starlet, she was unfazed by all the adjusting and fussing. Lord nibbled at her hat, and occasionally the two nuzzled. But Wanda mostly stared into space, her large donkey eyes swiveling.

Then everyone sprang into action. “Donkey coming down,” someone yelled, urging people to get out of the way, as the animals were led into the wings. A team of stagehands and handlers attached Lord’s hansom cab, and Musetta and her paramour loaded into it, with their prop shopping packages. A cabby stood on top with a whip, and Allegra, dignified in his period dress, stood at his side.

The cue finally came, and Wanda led the way out of the wings. She emerged into the commotion of music and crowds, Parpignol peddling his wares, and Mimì and Rodolfo falling in love against the backdrop of the wild, colorful display. It was Wanda’s fleeting moment in the lights.

Just as quickly, she ambled across the stage into the wings on the other side, where she was unclipped, undressed, unharnessed, ready to make her way to Wallkill, before she does it all again on Friday.

But first: time outside, and hay.

“After the show,” Novograd said, “she always gets treats.” 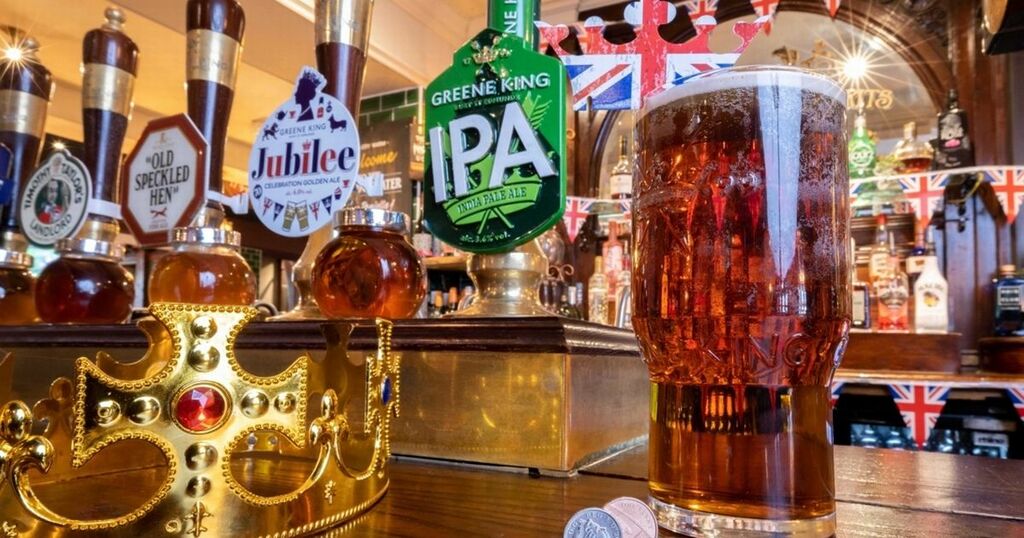 Daily Mirror
From analysis to the latest developments in health, read the most diverse news in one place.
Greene King drops plan to sell 6p pints - and gives them out for free instead

Pub chain Greene King wanted to sell beer for 6p a pint, the price it cost when Queen Elizabeth II…