By Fabian Cambero and Gram Slattery 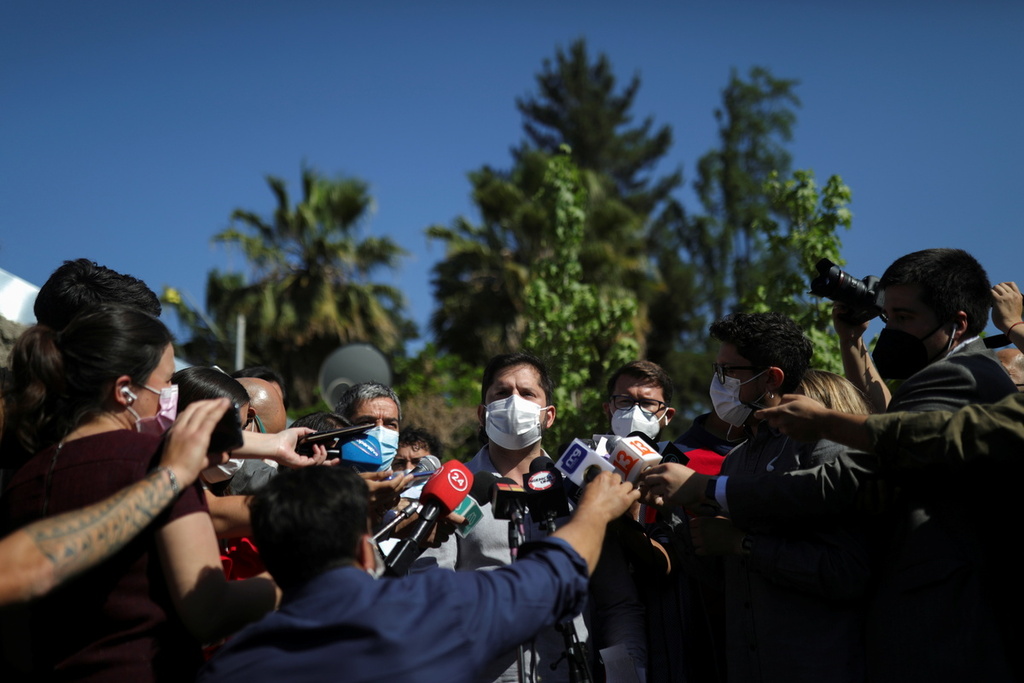 Chile is set for a divisive presidential run-off next month between a 35-year-old leftist former protest leader and an ultraconservative who has promised to crack down on crime.

But perhaps the most important question, pollsters say, is what will happen to the 900,000 votes that went to a 54-year-old NASCAR enthusiast who lives in Alabama.

In a Sunday first-round vote, hard-right former congressman Jose Antonio Kast finished on top with 27.9% of ballots cast, while left-wing lawmaker Gabriel Boric came in second with 25.8%. As both candidates fell far short of the 50% threshold needed to win outright, they are now scrambling to forge alliances and win over voters who chose unsuccessful contenders.

Front and center is perennial candidate Franco Parisi, a celebrity economist who surprised many by finishing third with 12.8% of the vote, despite never setting foot in Chile during the campaign. In some northern cities, including the mining hubs of Antofagasta and Calama, he won by significant margins.

Observers say his supporters are more anti-establishment than left-leaning or conservative, which makes it hard to predict where their votes will go in the run-off. But with Boric and Kast locked in an extremely competitive race, it will be key to the election's outcome.

Parisi does not plan to endorse a candidate in the run-off, spokesman Juan Marcelo Valenzuela told Chile's Radio Bio-Bio on Monday, but eyes will nonetheless be on any statements made by the notoriously opinionated and unpredictable economist in the coming weeks. Parisi plans to hold a digital poll among supporters in December to see who they prefer, Valenzuela said.

In an early November poll by Activa Research, Parisi voters favored Boric in a theoretical second round, though the difference was well within the margin of error.

Some analysts, extrapolating from trends in previous elections, told Reuters they expect Kast will perform slightly better than those surveys suggest.

"I want to vote for Boric, but you have to be conscientious and think of the future," said Luis Bugueno, a 22-year-old financial consultant in the northern city of Coquimbo who voted for Parisi in the first round. Bugueno, who has not decided who he will vote for in the run-off, is concerned about some of Boric's more radical policy ideas.

"I don't want to wake up and overnight, we've turned into one of our neighboring countries where people are trying to emigrate," he said.

According to local media reports, Parisi lives in a suburb of Birmingham and previously taught at the University of Alabama. He told local newspaper Diario Financiero in September that he likes the American South because it's safe, cheap and has good public schools.

His policies tend to the right on economic issues and to the left on social issues, but are often idiosyncratic and difficult to pin down.

Parisi is not the only candidate whose voters are in play in the second round. Center-right Sebastian Sichel and center-left Yasna Provoste both received well over 10% of the vote on Sunday, meaning their voters could be crucial.