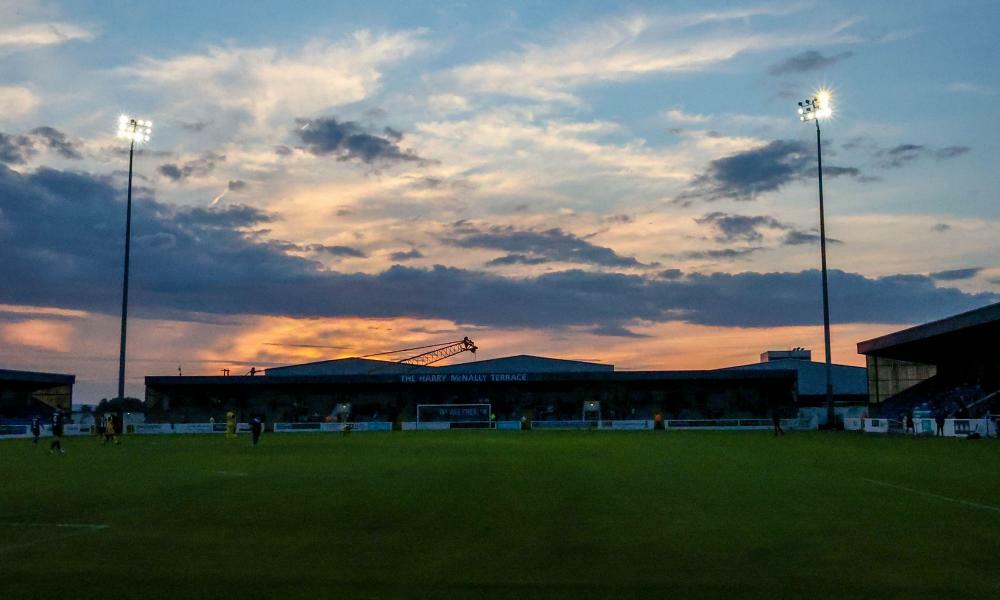 Chester FC have been warned by police over a possible contravention of Covid regulations, after it was determined the club’s ground is in Wales.

The National League North club were summoned to a meeting with North Wales police on Friday, after staging two fixtures in front of spectators over the festive period.

Whereas there are no limits on crowds at events in England, a maximum of 50 people, plus players, can attend a sporting event in Wales. Chester recorded a crowd of 2,075 at their 2-2 draw with AFC Fylde last week.

The club said they had been presented at the meeting with a joint letter from police and Flintshire county council which outlined “potential breaches of Welsh coronavirus regulations at our fixtures on 28th December 2021 and 2nd January 2022”. They were also warned over future breaches if crowds were allowed in again.

In a statement on the Chester FC website, the club said they “had been informed this was based upon direction from the Welsh government” and that they would be consulting lawyers on what steps to take next.

Although Chester is an English city with a history that dates back to the establishment of a Roman fort in 79 AD, the border with Wales runs through the city. It splits the Sealand Road park and ride in half and cuts through the Chester West employment park. It also runs across the Deva Stadium, with the ticket office in England and the pitch in Wales.

A crowd could legally gather in the car park for the fixture with Brackley Town next weekend but they would be in contravention of Welsh rules if they entered the ground.

The inverse situation is being experienced by The New Saints, a Welsh Premier League side whose stadium is in Shropshire.

The issue of divergent regulations has come to a head in Chester before, when the Deva Stadium car park was the proposed site of a drive-in cinema in 2020. Cestrian cineastes ultimately had to get their kicks elsewhere after organisers discovered they would be contravening Welsh Covid rules if they used the stadium’s toilets.