An employee at the now-collapsed Aboriginal Community Benefits Fund (ACBF) allegedly described its Aboriginal clients as “black cunts” and directed another sales representative going door-to-door to sign people up even if they were drinking alcohol, according to internal emails seen by Guardian Australia.

The ACBF, later trading as Youpla, was a Gold Coast-based private business that aggressively sold low-value funeral insurance almost exclusively to Aboriginal people, including children and babies, the financial ombudsman has repeatedly found.

The company went into liquidation in March, leaving thousands of Aboriginal people unable to pay for their funerals, and raising questions about whether any of the more than 13,000 clients will be able to recover what they paid in premiums.

The company’s sales tactics and corporate conduct were exposed at the 2018 banking royal commission, and in dozens of subsequent determinations by the Australian Financial Complaints Authority.

Now Guardian Australia can reveal that the company’s founder and senior management were aware in 2017 of allegations that at least one sales representative had acted unconscionably.

In April 2017, a concerned staff member wrote to a manager, who forwarded the complaint to ACBF founder Ron Pattenden, saying they were “mortified” by a conversation they had with a colleague while door-knocking in an Aboriginal community in Queensland.

“I was told i need to also show the black cunts. (His words) we are in control of them tell them they need to sign up familys [sic] and members or go higher on their plans/ funds. We aren’t here to show them respect or dignity. We are here to get money from them thats it. Its [sic] a buisiness [sic] way not to build or gain respect or trust. We aren’t their friends,” the staff member alleged.

They claimed the sales person told them to sign people up even if they were drinking alcohol at the time, which was counter to what they had previously been told to do.

“I was informed if clients are drinking alcohol then we are to say we will come back another time. [Name redacted] demanded that we continued to assess them. I felt this was wrong they may not have been intoxicated but they consumed more than one drink of alcohol. These forms are legal documents.”

The employee also alleged they later witnessed the same sales representative being rude to an elderly customer.

“I was so embarrassed by his way. Had one poor dear who wanted to see us for a chat to see how her plan was – he was rude. Dominating. Bossy and showed no remorse. He started questioning her on her sons health and what he should be doing before she said i dont feel comfortable answering these questions about my son but would you come see me. [Name redacted]’s answer was we don’t make appointments to see clients.

“She was highly upset with his attitude,” the staff member wrote.

“As for the comment their black cunts i was shocked. As i have 1/3 aboriginal in myself and to hear my own work colleague speak like we are nothing really broke my heart.”

It is unclear from the documents whether these allegations were formally investigated by ACBF management. Youpla and Pattenden did not respond to requests for comment.

However, it is clear they were noted. A former director of the company, who saw the correspondence, responded with: “How can someone be 1/3rd aboriginal???”

In an unrelated email exchange seen by the Guardian, Pattenden urged a staff member to focus on selling. Responding to an email from a sales rep who was unhappy with other members of the company’s management team and wanted to become acting manager, Pattenden said that if the sales rep “really wanted to help”, they could “do what they do best” by “BRINGING HOME THE BACON”.

“I AM LOOKING AS ALWAYS TO BRING The Company back from the depths of disillusion and despair,” he said in the May 2017 email.

“We can do this, back to it’s [sic] former glory days you lead the way show them big numbers for all to emulate.”

‘Disgusted in the whole thing’

Allegations of misleading and deceptive conduct have dogged the company for years.

In a series of decisions, the financial ombudsman, Afca, found that forms appeared to have been filled out by people other than the policyholders, and on some forms, signatures were noticeably different. Afca also repeatedly found that people signed documents they could not read, or were unable to comprehend.

In each case, the ombudsman found that ACBF should repay the clients all that they had paid into the fund, plus interest.

Guardian Australia has spoken to policyholders who say that even as the fund was collapsing in March 2022, it continued to give them inconsistent information.

Gamilaroi woman Kayla Lawton looks set to lose the $10,000 of premiums in the ACBF collapse. Lawton’s mother, who has heart problems and dementia, also paid $10,000.

When Lawton found out via Facebook that the company had collapsed she called the liquidator to find out more.

“He couldn’t give me any clarity on what was going to happen,” Lawton said, and asked her to contact Youpla about her policy. “Then, I ended up getting an email from Youpla themselves on the 22nd of March, basically saying that if I cancel my fund, then they’re not going to cover anything if me or my kids were to pass away.

“I should not have received that email, because it’s very misleading.”

The email from Youpla “customer care”, seen by Guardian Australia, said that, while they could cancel her funeral plan if Kayla wished, if she were to cancel, there would be no “refund or cancellation payment and there will be no benefit available for your [sic] or your nominees in the event of passing”.

The email did not advise Kayla that the company was no longer trading, despite being sent to her 11 days after it had gone into liquidation.

“I’m just disgusted in the whole thing, especially with that email,” Lawton says. “Imagine if a lot of aunts and uncles got that email, they would have been ringing up saying, ‘yep, keep my payments going’, believing that they’re still trading, which they weren’t.”

Youpla’s liquidator, David Stimpson of SV Partners, said the email was “an error and I am aware of only one such email that was issued”.

“We advised Youpla staff not to issue such emails back in late March,” he said.

In its most recent update to claimants, SV Partners said members could still make a claim for funeral funds but “we cannot guarantee payments for funerals at this time”.

The liquidator said it would be at least three months before they could advise members how and when any moneys recovered may be distributed.

“There are a lot of members in all of the funds and this whole process will likely take more than 12 months to finalise,” he said.

Lawton says she is “angry, stressed and upset” that she will probably have to take out a loan to pay for her mum’s funeral when the time comes. Lawton says she thought she was putting away enough money so that she would not be plunged into debt at having to pay for a funeral, or pass on that debt to her children.

“I thought I was doing the right thing,” she says. “I think everyone who’s put into it deserves their money back.” 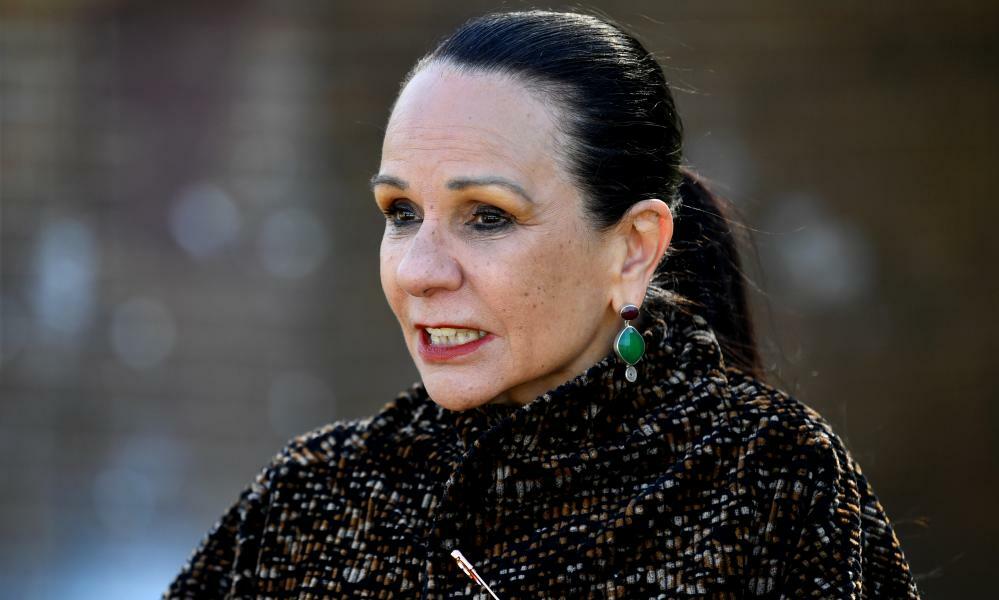 The Guardian - AU
One subscription that gives you access to news from hundreds of sites
Yachts and mansions: founder of company that left thousands of Aboriginal people out of pocket made more than $20m, tax-free

For decades, First Nations people made contributions to the Aboriginal Funeral Benefit Fund. Now it's collapsed, thousands are asking: How…