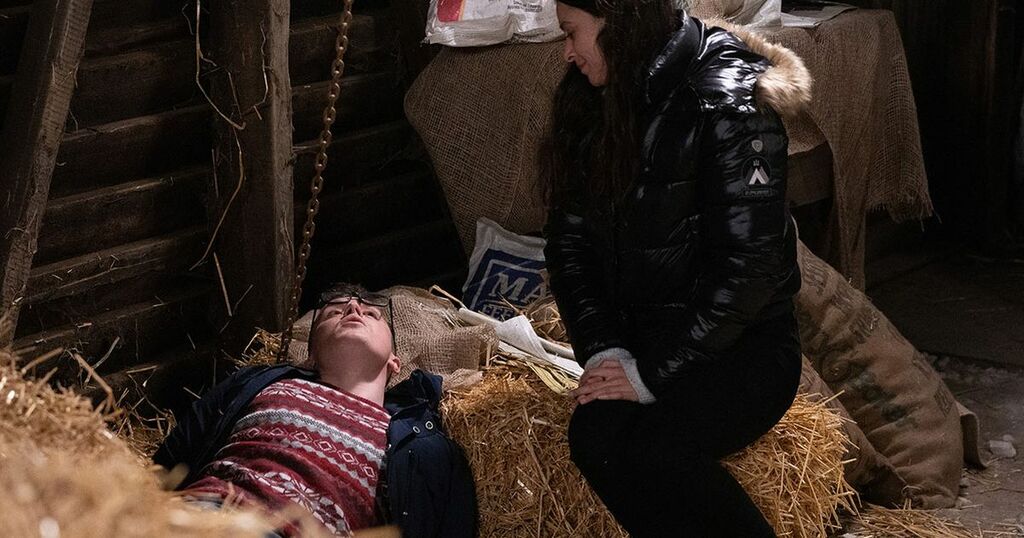 Emmerdale fans were left with their heads in their hands during Monday night's episode, as Vinny Dingle made a big mistake that may cost him his life.

The character is being held hostage by serial killer Meena Jutla, who has also kidnapped her sister Manpreet Sharma.

Hiding her killer secret, she has now vowed to kill both her victims, even detailing how she plans to end Vinny's life.

But fans were stunned by a huge mistake Vinny made as he plotted his escape, telling Meena he had a phone in his possession.

It seems after knocking him out and tying him up, Meena didn't bother to check if he had his phone on him.

She didn't need to check though, as Vinny accidentally spilled the beans while trying to convince her help was coming.

Vinny had followed her to a disused barn after suspecting she might be Ben Tucker's true killer, only to find a barely conscious Manpreet.

So when Meena asked him who he had told he was going there, he lied that all of his family knew, and that they also knew what Meena had done - suggesting they would soon arrive as they would be looking for him.

But she called his bluff when he couldn't tell her if they were following him to the barn or somewhere else.

It was clear he was lying so Meena asked how they would even know where he was, before pointing out the van he drove would not have had a tracker.

Vinny then tried to be smart, but ended up dropping himself in it and scuppering his own plans to call for help.

He made a jibe about the van not having a tracker, but his phone did.

His face dropped as he realised what he had done, while Meena immediately raced over and searched him before finding his phone.

Manpreet was gutted as she realised their possible chance of freedom was gone, and fans raced to Twitter to call out Vinny for signing his own death warrant.

One viewer said: "Why would vinny & manpreet let meena know they have a phone? Ffs catches them so easily not that she wouldn’t have but ffs # Emmerdale."

Another agreed: "You are an idiot, Vinny. Don't tell Meena about your phone."

A third added: "Why would Vinny tell her about his phone," as another commented: "Oh Vinny you shouldn’t of told Meena about your phone?"

Other fans were confused as to why Vinny didn't use the SOS Emergency service on his phone, if he has it, to alert someone about his situation, or Manpreet's location.

Some even questioned how no one was able to trace Vinny's phone "because it was off" despite the fact it wasn't.