Emmerdale's Meena 'to get away with murder' after Vinny's police confession 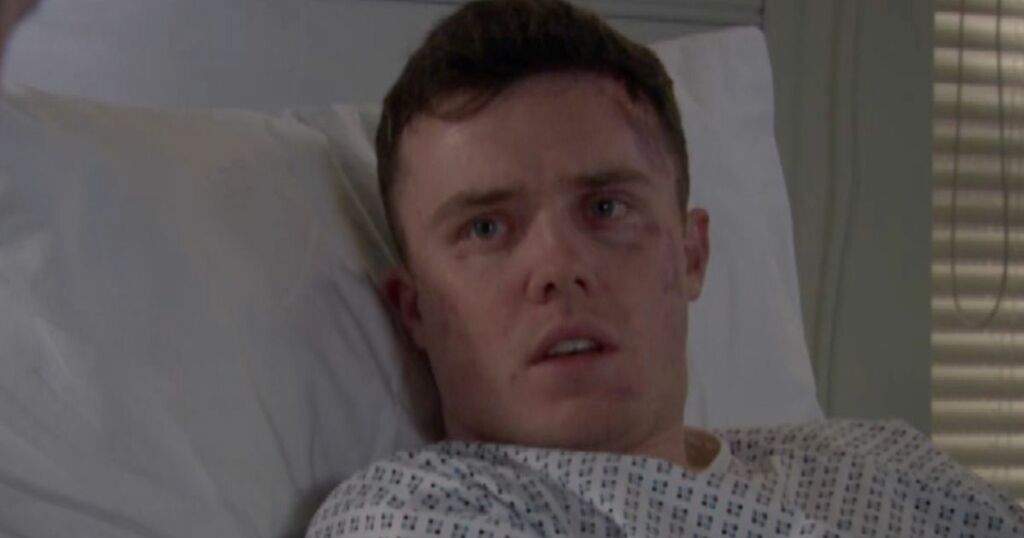 Emmerdale aired frustrating scenes on Friday night, as the police suggested they had no concrete evidence that Meena Jutla was a killer.

Despite her having confessed to her crimes, the only person who heard her say the words she had killed, and who her victims were, was her sister Manpreet Sharma.

Manpreet remained in a coma though, clinging on to life after a devastating accident.

So when Vinny spoke to the detective and believed he could finally get girlfriend Liv out of prison, knowing Meena was the culprit of her crime, he was left crushed to learn it wasn't that easy.

Liv is in prison for the murder of Ben Tucker, with her placed at the scene of the crime and known to have rowed with Ben the night of his death.

After the alcoholic was unable to remember her actions on that night, the police accused her of murder - while fans know it was Meena who killed Ben.

Ben was on to her after she tried to drown Victoria Sugden, while it's also now been revealed to the villagers that she killed Andrea Tate and Leanna Cavanagh.

Vinny had been on to her recently, leading to him being kidnapped by Meena who was also holding her sister Manpreet hostage for the same reason.

She tried to kill them both this week only for Leanna's dad Liam to thwart her plan and save them both, while Meena has managed to escape justice.

Manpreet was later run over by Charles Anderson by accident as he was trying to locate the missing character.

In the fallout, Vinny was desperate to speak to the police about everything he knew, and all of the killings committed by Meena.

His main priority was to prove she killed Ben to help get Liv released, but he was soon left deflated.

After telling the detective everything he knew and how Meena was a killer, the detective asked for a word by word description of what she told him.

But Vinny was soon forced to admit she never actually said the words 'I killed Ben' or anyone for that matter, as he was told the truth by Manpreet.

He also only knew Meena had killed Ben because she alluded to it during a chat with him, and while it was obvious again she did not say it in words.

Manpreet is the only person who witnessed an actual confession of Meena's victims and how she killed them, but she may not survive her injuries.

The detective told Vinny that without Manpreet's version of events, they still had no actual proof of Meena's crimes, especially Ben's murder, meaning Liv would remain in prison.

Vinny told his mum Mandy that he had to find any proof he could, as at the moment Meena could "lie her way out of it" and possibly get away with the crimes.