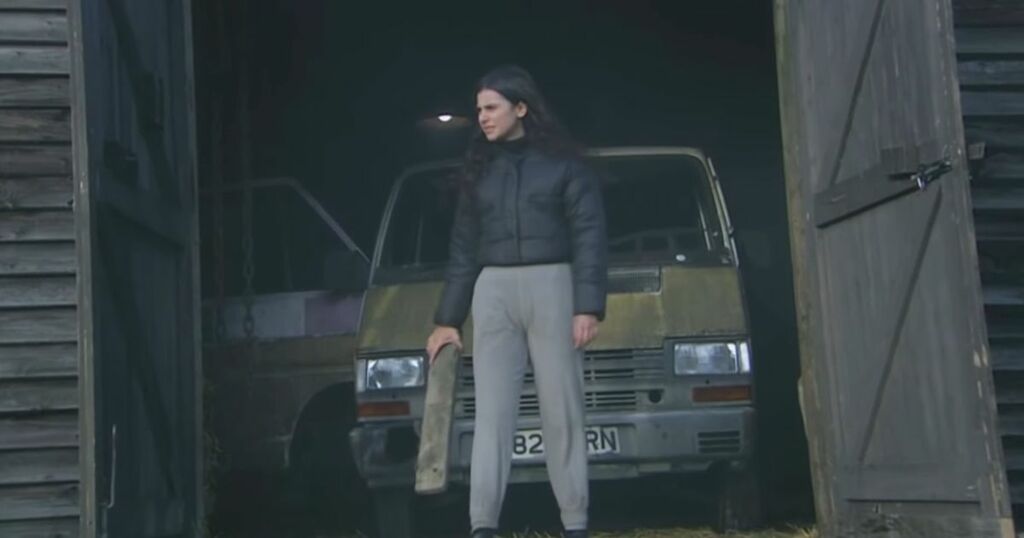 Emmerdale fans think they have figured out a way that Meena Jutla could be caught.

Viewers are pretty desperate for the serial killer to get her comeuppance after killing off three of the village's residents.

Meena's next two victims look set to be Vinny Dingle and her own sister Manpreet Sharma after both began digging and got closer to discovering what Meen has been up to.

But with them both now fully in the picture, and aware of who she had killed, the pair are now facing their own deaths.

During Wednesday's episode of the ITV soap, Meena changed her plans and decided to end Manpreet and Vinny's lives by leaving the Dingle's van running in the disused barn where she is holding them captive.

Meena made the swift change after Liam Cavanagh confronted her other her lies about being pregnant and suffering a miscarriage.

She tried to blackmail him by threatening to make a complaint after he gave her sleeping pills and said she would tell wife Leyla that she woke up next to him after a drunken night at the surgery's Christmas party.

Unable to deal with the lies and blackmail, Liam came clean to Leyla and ended up telling Meena's ex Billy Fletcher what she had found out.

He quickly made a call to Meena who told him to meet her alone out at the barn.

Billy hurried off without telling Liam or fiancee Dawn where he was going.

But Emmerdale viewers think they have spotted another way Manpreet, Vinny - and potentially Billy - can be found.

"WHAT ABOUT PRIYA GOING TO THE BARN WITH HER WEDDING PLANNING STUFF!!" @paigesmeena said.

@vonh68 commented: "Priya will catch her she took that woman to the barn."

"My partner pointed out that Priya is going to a barn are they going to that one?" Jen pointed out on Facebook.

Maggie commented: "Is anyone else wondering if this barn is the barn Priya is on her way to with the customer. Well that would be interesting."

"I bet that's the barn, Priya was talking about, so she will find Manpreet and Vinny. #Emmerdale," @DonnaCarroll49 tweeted.

@drummergirl1971 shared: "OH MY GOD! PRIYA WILL TAKE HER TO THE BARN OF DEATH! #Emmerdale Forgive the excitement, it’s been a long storyline."

As viewers saw, Priya returned to her job at Take A Vow with Leyla.

She was just supposed to be looking after calls and other jobs after returned from her burns accident.

But a disgruntled bride-to-be arrived and it was up to Priya to try keep the client on side.