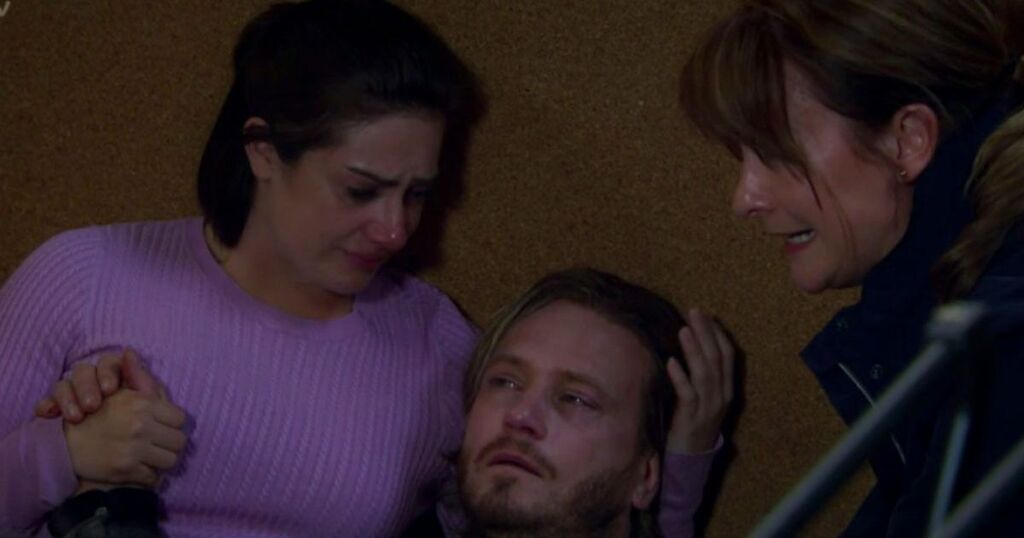 Emmerdale fans were quick to point out a series of blunders on Friday night as David Metcalfe came close to death.

At the beginning of the episode, it was revealed that David was the unlucky one who got caught in the crossfire as Wendy Posner's ex-husband Russ held her and Victoria Sugden hostage.

David was already in the building and as he tried to protect the women, Russ shot him.

As he laid on the floor and bled out, Victoria and Wendy begged Russ to let the police and paramedics in - who were waiting outside.

But Emmerdale fans tuning in at home found the whole scenario a bit unrealistic and took to Twitter to comment.

"Shot in the stomach at point blank range he should be dead instantly!! #emmerdale," one person commented.

Another tweeted: "So ridiculous, as if a police officer at the scene of a gunman would stand there listening to all and sundry #emmerdale."

A third person added: "I’m no expert but during an armed response the police wouldn’t let civilians like Jacob, Dan and Bob be that close to the building #emmerdale."

Other viewers pointed out that David definitely doesn't die, as they had recently seen actor Matthew Wolfenden filming upcoming scenes.

"#Emmerdale David doesn't die... If you watch the actor's Instagram stories, he and "Victoria" have been filming in a secret location this last week," someone said.

A third tweeted: "At least we know David is ok after his gunshot wound, he was swimming in the barrage last week in Stockton filming #emmerdale."

Emmerdale airs on weekdays at 7pm on ITV with previous episodes available on ITV Hub.