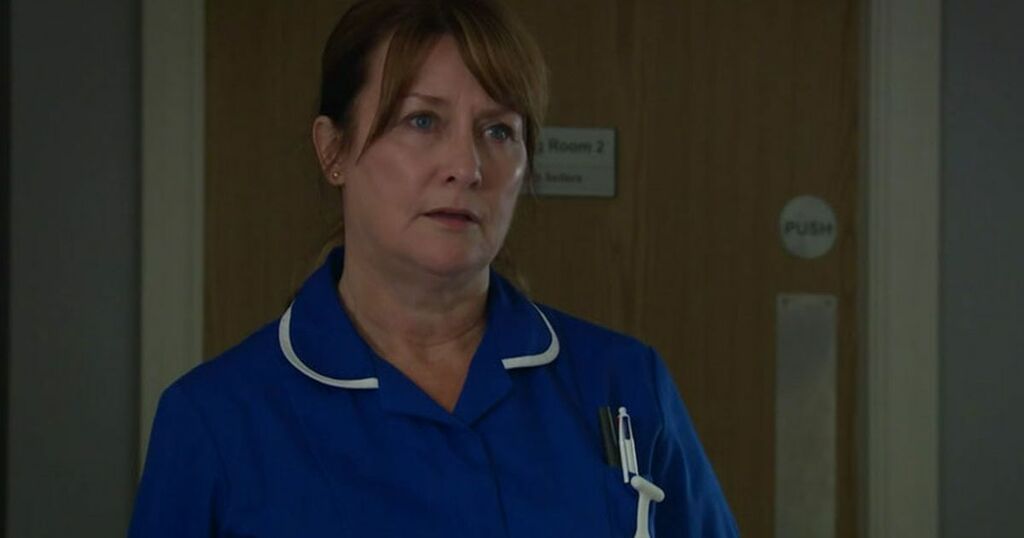 Emmerdale fans were quick to point out an epic blunder as they tuned into Wednesday night's episode.

The latest instalment of the ITV soap saw Wendy Posner finally come clean about her job as a nurse.

Wendy was forced to tell the truth as her ex-husband Russ held her and Victoria Sugden hostage with a gun.

Victoria was keen to find out what Russ had over Wendy in order for her to go along with his devious financial plan.

Looking ashamed, Wendy revealed to Victoria that she's not actually a qualified nurse - despite working at the GP surgery in the village.

However, viewers tuning in at home were quick to point out the likelihood of Wendy being able to get a job without producing any qualifications or references.

One person tweeted: "#Emmerdale doesn't the NHS check who has and who has not qualified as a nurse."

A second viewer posted: "#emmerdale Dear God, what will they come up with next? Wendy never qualified as a nurse. How the hell does she have a job as one then? Has no-one ever checked her qualifications. The producers and writers just get worse. More plot contrived carp!!!"

And a third asked: "#Emmerdale So Liam never got references for Wendy when he took her on at his doctors surgery???"

A fourth person posted: "Wendy never qualified as a nurse. So how has she got her job then? #Emmerdale."

Other viewers were left feeling underwhelmed by Wendy's secret, with one posting: "She’s not a fully qualified nurse…even her secrets are boring. #Emmerdale."

Another said sarcastically: "Wow what a secret, I expected more then that Wendy. #Emmerdale."

Wednesday night's episode ended with Russ pointing a gun at Wendy and Victoria, but unbeknownst to him, David Metcalfe is also in the building.

It's been confirmed that the gun will go off, but will it be Russ that meets a sticky end? Or will David find himself in the wrong place at the wrong time?

Emmerdale airs every night at 7pm on ITV, with an extra episode at 8pm on Thursdays.