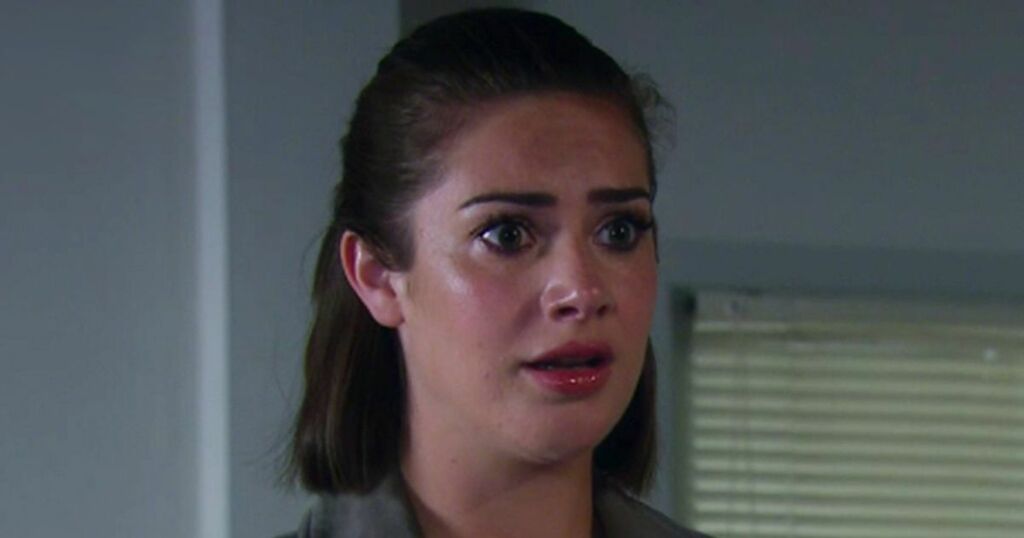 Emmerdale fans have been left furious over David's brutal rejection of Victoria for son Jacob.

Tuesday's episode of the ITV soap saw David Metcalfe continue to recover from his gunshot wound in hospital and he confessed to dad Eric Pollard that he has feelings for Victoria despite being in a relationship with secret serial killer Meena Jutla.

Eric urged David to choose and be as happy as he can be, likening the love triangle to his own with Faith Dingle and Brenda Hope.

Meanwhile, Victoria finally confessed to stepmother Diane Sugden that she is in love with David, prompting her to be encouraged to pursue her love for David.

Yet, as David lay in his hospital bed he was visited by adopted son Jacob Gallagher's mother Leyla Harding who encouraged him to put Jacob first in his life amid recent tragedies including the death of Leanna Cavanagh.

Finally, as Victoria arrived at the hospital and professed her feelings for David, he turned stern with her and denied that he felt the same way.

The moment also drew the ire of Emmerdale fans who had been willing for David and Victoria to finally get together.

One Emmerdale viewer wrote on Twitter : "A chance to bring a happy storyline to #emmerdale & they decide to keep David with psycho Meena!!".

A different fan of the soap commented: "s David that thick? Couldn't he just say that his putting Jacob first at the moment since he reckons his been through alot lately, and when the dust is settled then, maybe we would take off, where we left. Cause I love you. Simple. #emmerdale ".

Meanwhile, another social media user penned: "Bet we have another few weeks of David going back & forth between Meena & Victoria, only for him to eventually get with Vic!Boring!!"

Elsewhere, one Emmerdale fan noted: " #Emmerdale oh for goodness sake Jacob is 18 not 8! Now Vic is heartbroken because, once again Leyla wants to make Jacob the centre of the universe!!"

Finally, one viewer of the soap concluded: "David wants to be with vic but feels he can’t as has to be there for Jacob this is breaking my heart. He belongs with vic get meena found out and sent down so David and vic can be together #emmerdale ".

What do you think will happen next in the love triangle between David, Meena and Victoria? Let us know in the comments below.