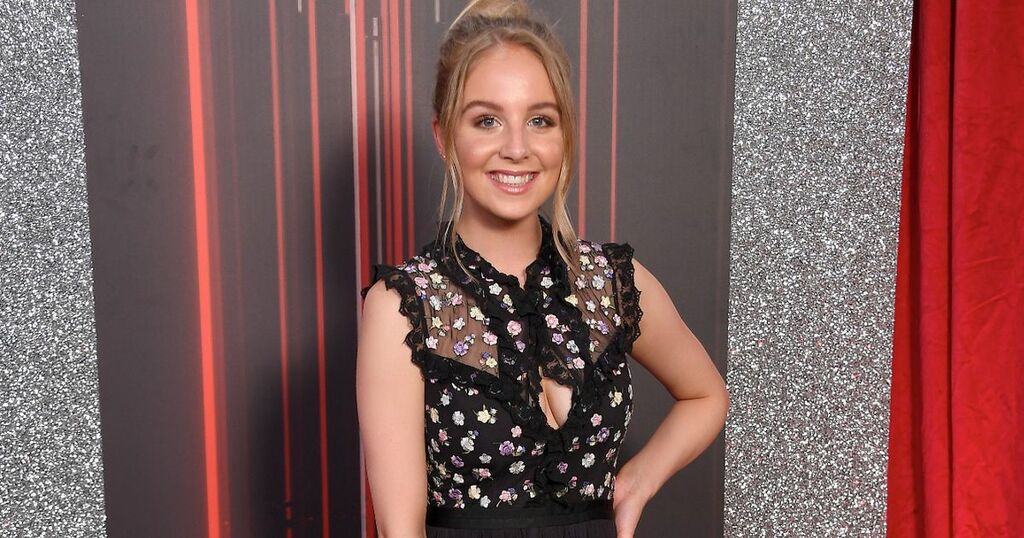 Eden Taylor-Draper has been a key member of the Emmerdale cast ever since she joined the show.

The soap actress was just 6 years old when she took over the role of Belle Dingle from Emily Mather.

And Eden immediately left an impression on the programme as she took home a British Soap Award for Spectacular Scene of the Year in just her second year for the storyline where Daz and Belle fell down a mineshaft - as Mirror Online reports.

READ MORE: Emmerdale Ben Richard's TV past and why viewers will recognise him

The star hasn't looked back since and Emmerdale fans have followed her dramatic journey to adulthood as a member of one of TV's most turbulent families.

Zak and Lisa Dingle's daughter is now 23 years' old with the actress set to celebrate her 24th birthday later this month.

During her time on the show, Belle has endured hard-hitting storylines including the death of her mother, faking pregnancy, a schizophrenia diagnosis and a relationship with a serial killer.

Though Eden's life is not as dramatic as Belle's, the actress has certainly faced heartache of her own in her personal life.

Three years ago, her younger sister Francesca was diagnosed with cancer when she was aged just 14.

Eden told The Mirror about how she discovered news of the devastating diagnosis while on the set of Emmerdale.

She said: "When I came off set for my tea break, Dad called and it was such a blur. I felt like someone had ripped my stomach out and I broke down.

She added: "I was with Issy Hodgins, who plays Victoria [Sugden], when I got the call, and she just held me for ages.

"I couldn’t go back to do my next scene. But Emmerdale were so supportive and let me go see Chess at Leeds General hospital straight away."

Francesca had acute lymphoblastic leukaemia and went through four rounds of chemotherapy, contracting potentially-deadly sepsis at one point - but she responded well to treatment.

Francesca had intensive treatment until December 2018 and started maintenance chemotherapy the following month. Francesca would attend the treatment once a month and take chemo tablets every day.

Eden was written out of Emmerdale for a month so she could spend time with her sister and visited her in hospital several times a week.

She said: "Chessie had her bed and I had a little bed next to her.

"Mornings would be a snuggle, cup of tea and re-runs of Come Dine with Me. I tried to keep Chess as cosy as possible.

"We’d always say love you before bed, and that everything would be okay."

Francesca is now studying for her A-levels and has campaigned for the Teenage Cancer Trust, performing in a film produced by the charity for its emergency appeal.

In 2016, alongside her Emmerdale co-star Matthew Wolfenden, who plays David Metcalfe, Eden took part in the Great North Run to raise funds for Bloodwise, a charity which funds research into blood cancers including leukaemia.

Eden shares a close relationship with her Emmerdale co-stars as she has shared photos on Instagram with members of the cast enjoying their time together off-screen.

She captioned the sweet photo: "Everyone in this picture makes me smile."

Eden is part of a close family unit and also has sisters Pollyanna, 13, Posy, 11, and brother Sebastian, 16 - as well as Francesca.

Since 2016, she has been in a relationship with boyfriend Ed Lewis and regularly posts loved-up pictures on Instagram.

The pair celebrated their fifth anniversary in January, and regularly post updates from their holidays away together in exotic locations.