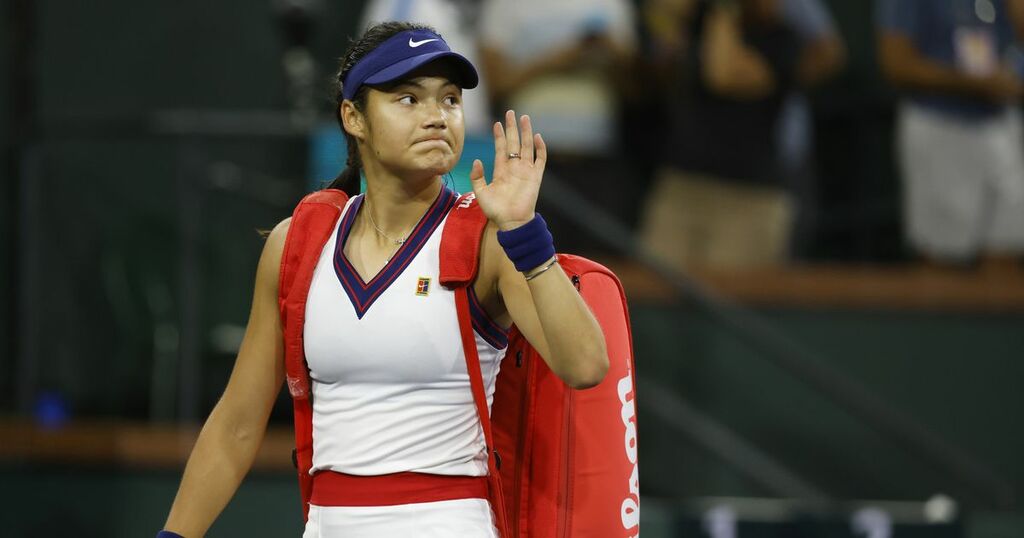 US Open champion Emma Raducanu has withdrawn from the upcoming Kremlin Cup following her recent disappointing return to action.

Raducanu returned to competitive action for the first time following her US Open heroics at Indian Wells, but she suffered a loss against Aliaksandra Sasnovich of Belarus in her opening match.

Raducanu has a hectic schedule coming up to see out the rest of 2021, but the workload has now eased slightly after pulling out of the Kremlin Cup in Moscow.

"Unfortunately I've had to make a tournament schedule change and won't be able to play Moscow this year, but I hope to compete there and in front of the Russian fans next year," she said in a statement.

"I look forward to returning to the tour in the next couple of weeks."

The British sensation shot to stardom after her unimaginable run to glory at Flushing Meadows, where she beat fellow teenager Leylah Fernandez in straight sets in the final.

Raducanu rose massively to world No 22 from 150 following her sensational US Open triumph and there were big expectations on her shoulders heading into Indian Wells.

She was aiming for an 11th straight win and was heavy favourite coming up against Sasnovich.

However, she was stunned by the world No 100, losing in straight sets 6-2 6-4 in round two of the BNP Paribas Open.

But despite her loss, Raducanu surprisingly admitted that the defeat will stand her in good stead going forward.

After her defeat, she said: "I think Aliaksandra played a great match. She was better than me today so she deserves to win.

"I'm kind of glad that what happened today happened so I can learn and take it as a lesson.

"There's going to be disappointment after any loss. I didn't go in there putting any pressure on myself because in my mind I'm so inexperienced that I'm just taking it all in."

After her unsuccessful return to court, Raducanu had been set to play in three more tournaments and two exhibition events before the year was out.

But that has been cut down now following her Kremlin Cup withdrawal.

Her return to court will now come at the Transylvania Open in Romania from October 25, before she heads to the Upper Austria Ladies Linz at the start of November.

Following that, she returns to London for the first of her two exhibition events at the ATP Champions Tennis at the end of next month.

And finally, she will end her year with an exhibition event at the Mubadala World Tennis Championship in Abu Dhabi in the middle of December.