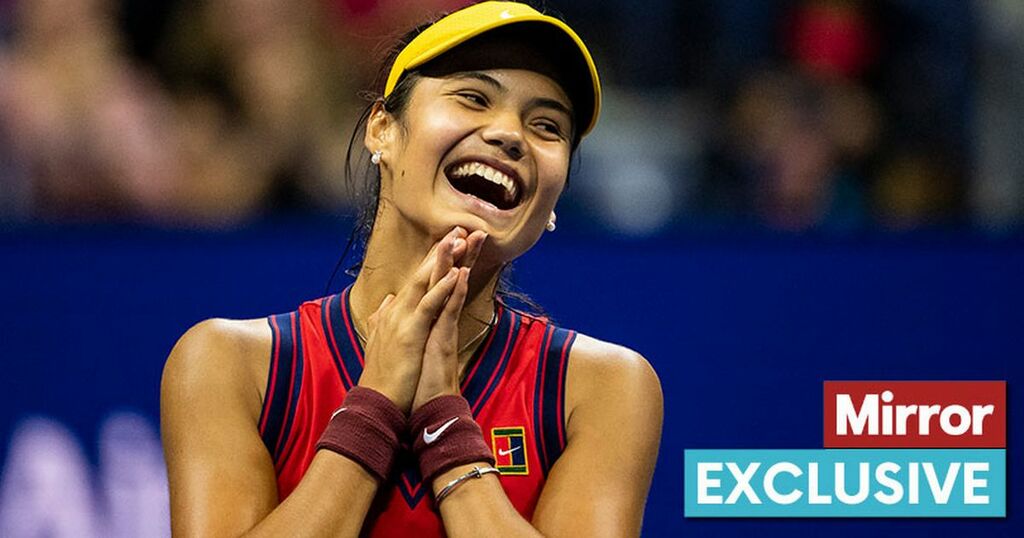 Tennis smash Emma Raducanu’s fairytale in New York has set her on course to net more money than any other British player in history.

Last night’s US Open finalist is represented by super-agent Max Eisenbud – and he is already eyeing a huge off-court business empire for the star, including her own clothing and perfume lines.

American money guru Max plans to market Emma’s brand across the world, including in China, to cash in on the fact the 18-year-old is not only half-Chinese but also fluent in Mandarin.

Last night, a source told the Sunday People: “Max knows her earnings off court could dwarf those of anyone before her in British tennis, including Andy Murray.

“She’s the full package when it comes to what sponsors want – articulate, good looking and very clean-cut. She’s a marketing dream.”

Max’s other ­clients include Russian Maria Sharapova, who made up to £20million-a-year before she retired in 2020, and China’s Li Na.

Emma’s final against Canadian Leylah Fernandez, 19, was seen by millions in the UK last night after Channel 4 secured a late deal to show it live.

Among them were staff at Emma’s Parklangley Club in Beckenham, South-East London, close to where she lives in Bromley with parents Ian and Renee.

She said: “Once we said, ‘How many press-ups can you do in 60 seconds?’ She was an eight-year-old child. She smashed out 48 press-ups, which is unbelievable – 12 is a good score.”

Emma is now favourite to win BBC Sports Personality of the Year and is tipped to hit one million followers on Instagram within days.

Among her fans is 2013 Wimbledon champ Marion Bartoli, who said: “We are witnessing I think the birth of a true ­superstar, who will dominate the next decade of women’s tennis.”