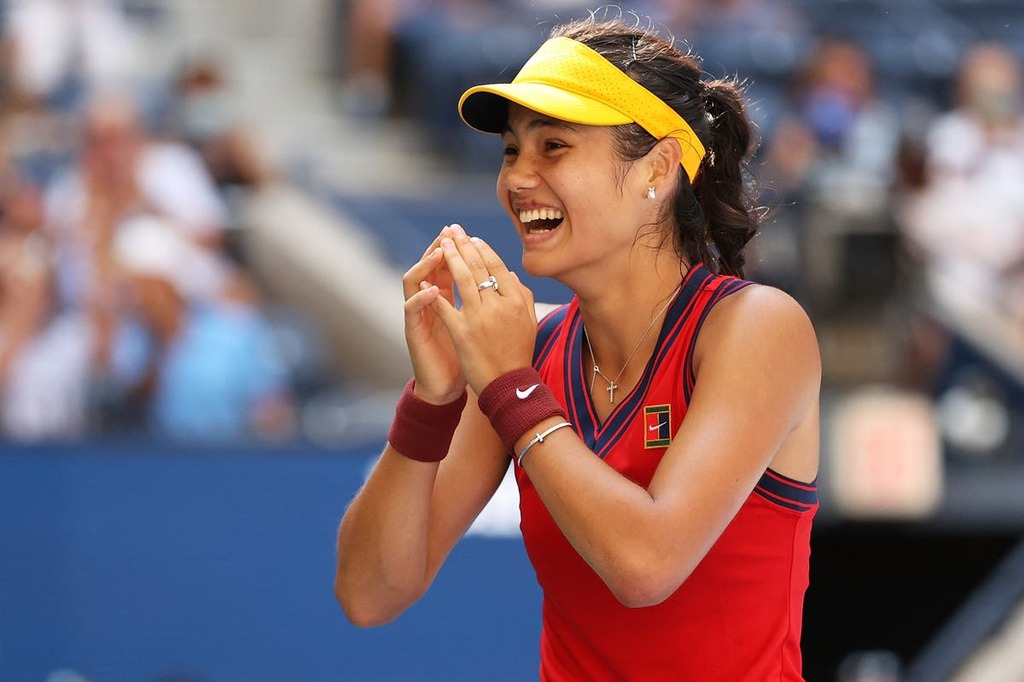 Raducanu, 18, had dispatched all of her opponents in straight sets en route to the last eight, and it was no different in what was supposed to be her toughest challenge yet – against Swiss 11th seed Bencic, who was fresh from gold medal glory in Tokyo and had also steamrollered her way to the quarters, beating Polish sensation and French Open champion Iga Swiatek in the previous round.

Raducanu and Bencic had never met before ahead of today’s clash in Arthur Ashe Stadium, but what promised to be an intriguing encounter between two in-form players gave way to a largely one-sided victory for the Briton. After seeing her serve broken by Bencic in the opening game, Raducanu was almost flawless as she stormed to victory and a spot in the final four. Next up for the teenager will be a meeting with either Greece’s Maria Sakkari or fourth seed Karolina Pliskova, who reached the Wimbledon final this summer.