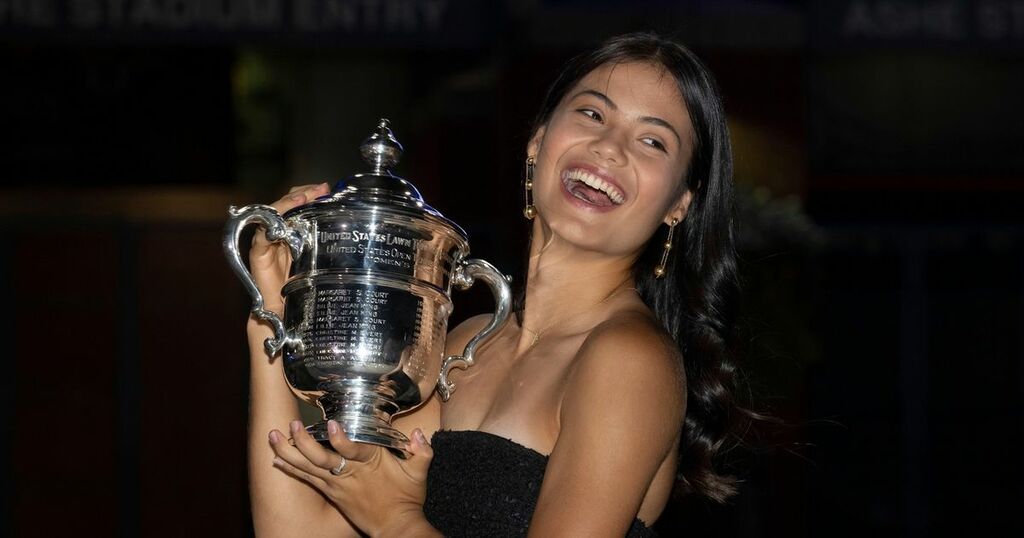 Emma Raducanu's parents might not have been there in person to watch her stunning US Open win, but she was still able to make them proud.

Raducanu's 6-4 6-3 win over Leylah Fernandez capped a fairytale fortnight for the 18-year-old, who became the first qualifier in history to capture a Grand Slam tournament.

Covid rules in America meant her parents, Ian and Renee Raducanu, were unable to travel to Flushing Meadows, and in her post-match press conference she spoke candidly about their absence.

"I speak to my parents, we don't really talk so much about tennis but they just really want to know how I am in these moments and, you know, to not have them here with me," she said.

"I would have loved them to be here and we can all celebrate together or they could be with me and experience the same things but you know, they're watching from home very proud."

She also said that her father being impressed was a very significant occurrence.

"My dad said to me: ‘You’re even better than your Dad thought’, so that was reassuring. Tinie Tempah reference there. My Dad’s very tough to please but I managed to today.”

British rapper Tinie Tempah was once quoted as saying "I don't want to achieve less than mum and dad."

Will Emma Raducanu win further Grand Slam titles in her career? Let us know what you think in the comments section.

Raducanu previously credited the huge influence of her parents on her whirlwind career. Romanian Ian and Renee, who is Chinese, were living in Toronto, Canada, when their daughter was born, and moved to the UK when she was two.

Both work in finance and during Covid lockdowns at the family home in Bromley, south-east London, Raducanu and her father practised hitting tennis balls on a daily basis.

Her rise since returning from the Covid-enforced break has been nothing short of meteoric.

At Wimbledon this summer, she reached the last 16 and her US Open triumph comes in only her second Grand Slam tournament. The £1.8million cheque she will pocket for winning equates to far more than her entire career winnings to date - and her world ranking, which stood at 150 when she arrived in New York, will rise to 23 on Monday.

Raducanu is now also the odds-on favourite to be crowned BBC Sports Personality Of The Year in December, with some bookies already offering odds of just 1/20.