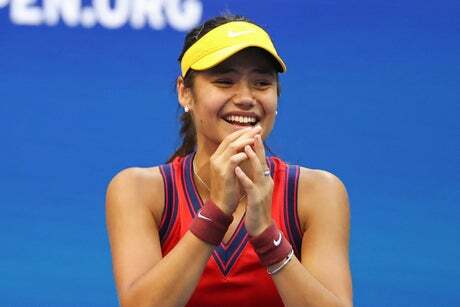 Emma Raducanu faces a potential third-round showdown in Indian Wells against her idol Simona Halep in her first tournament since winning the US Open.

Raducanu has a bye out of the first round meaning her return to competitive action will not be until the second round on either Friday or Saturday against the winner of the clash between Maria Camila Osorio or Aliaksandra Sasnovich.

Should she be victorious, then she would potentially take on Simona Halep, who along with Raducanu’s father Ian hails from Romania.

Halep, like Raducanu, is playing for the first time since the US Open having got married following her fourth-round exit.

And the pair are both without coaches, Raducanu having split with Andrew Richardson after their brief tenure at Flushing Meadows while Halep and Darren Cahill announced last month they were going their separate ways.

Indian Wells, which was moved from its original March date on the calendar because of Covid, is seen as the biggest ATP and WTA Tour combined event outside of the four Grand Slams.

After a three-week hiatus since her shock triumph in New York, it marks the start of a busy schedule of events for Raducanu.

She is due to play the Kremlin Cup on October 18 followed by the Transylavnia Open in Romania as well as the Linz tournament, which gets under way on November 6.

However, should she enjoyed a long run in Indian Wells, it would put her in the reckoning for the WTA Tour Finals in Guadalajara, which clashes with Linz. Currently, she is ranked 15th although there are doubts about the participation of two players ranked above her on that list, Naomi Osaka and Ash Barty.