Elon Musk and Shivon Zilis, a top executive at his neurotechnology firm Neuralink, secretly had twins in November of 2021, according to court documents obtained by Insider.

The children were born weeks before the billionaire welcomed his second child, a surrogate, with his on-again, off-again partner, the musician Grimes.

In April, Mr Musk, 51, and Ms Zilis, 36, filed a petition to change the twins’ name to “have their father’s last name” and contain part of their mother’s last name in their middle name, according to the documents. A Texas court approved the request in May.

The Independent has contacted Neuralink, Mr Musk, and Ms Zilis for comment.

Court documents show the pair listed the same home address in Austin, Texas, according to Insider.

Tesla has a major factory on the outskirts of the city, and Mr Musk’s rocket venture SpaceX conducts flights out of the town of Boca Chica in the southern part of the state.

Ms Zilis is on the OpenAI board of directors.

She then joined Mr Musk at his flagship company, Tesla, as a project director working on the automaker’s computer chips and Autopilot programme.

She is now the director of operations and special projects at Neuralink, another Musk-led firm, which is designing computer implants to allow people’s brains to control electronic devices.

The company has so far only been tested its technology in animals.

Ms Zilis has ardently defended Mr Musk online in the past from his critics, writing in one 2020 post that “there’s no one I respect and admire more.”

In September, Mr Musk and Grimes, whose real name is Claire Boucher, separated, before later getting back together in some capacity and welcoming a daughter via surrogate in December.

In March, Ms Boucher said she and Mr Musk had broken up again.

She told Vanity Fair in a profile that month that she and the Tesla CEO had a “fluid relationship” and planned to have more children together.

“There’s no real word for it,” she said. “I would probably refer to him as my boyfriend, but we’re very fluid. We live in separate houses. We’re best friends. We see each other all the time…. We just have our own thing going on, and I don’t expect other people to understand it.”

Scrunity of Mr Musk’s personal life has continued to grow in recent months.

In May, Insider reported that SpaceX paid a company flight attendant $250,000 in severance after she accused Mr Musk of exposing himself to her and propositioning her for sex.

Mr Musk denied the allegations, claiming there “is a lot more to this story” and calling the article a“politically motivated hit piece.” 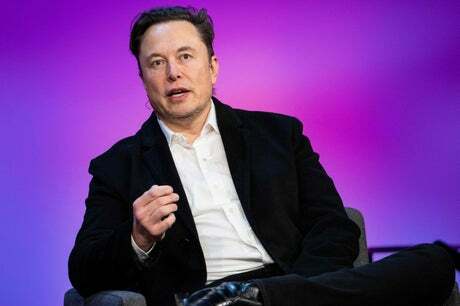 Elon Musk had twins with top executive Shivon Zilis last year - reports
The pair filed a petition so the children could “have their father’s last name”, court documents reportedly show

Evening Standard
One subscription that gives you access to news from hundreds of sites
Elon Musk fathered twins with one of his executives Shivon Zilis in 2021: Report

The Guardian - US
Elon Musk has twins with top executive Shivon Zilis, claim reports; know what’s her connection with Twitter and other details

Claims on Elon Musk having twins with the top executive of one his companies, Neuralink, have taken the internet by…

The Times of India
One subscription that gives you access to news from hundreds of sites
Elon Musk’s relationship history: From Amber Heard to secret twins with Neuralink executive

The Tesla CEO is a father to nine children with three different women including ex-wife Justin Wilson, singer Grimes, and…