Elon Musk said he's putting his $44 billion takeover of Twitter "temporarily on hold," saying that he wants more details about how many of the social platform's accounts are fake or spam.

The shock announcement sent the company's shares tumbling as investors questioned whether Musk might back out altogether.

The Tesla and SpaceX mogul said he needs to make sure fake accounts "do indeed represent less than 5%" of Twitter's users, as the company has estimated.

The Reuters article cited a securities filing Twitter made shortly after the company reached a deal to sell to Musk, stating that of the 229 million Twitter users who saw advertising in the first quarter of 2022, less than 5% were fake accounts.

The billionaire's latest tweetstorm added to the turmoil surrounding his acquisition of the influential but struggling social media platform.

The drop comes as tech stocks have been battered on Wall Street amid a broader sell-off. Shares in Tesla, which account for the bulk of Musk's wealth, had lost nearly 30% of their value in the last month as of Thursday's close. On Friday, Tesla stock was up nearly 8%.

Musk is relying on his Tesla stake to help fund his $21 billion portion of the Twitter deal by selling some shares and borrowing against others. (He's also brought in other investors including Oracle founder Larry Ellison, the venture capital firm Andreessen Horowitz and Qatar's sovereign wealth fund to help finance the purchase.)

The combination of the wider market drop and Tesla's decline "would naturally give an individual like Elon Musk cold feet," said Angelo Zino, analyst at CFRA Research.

But it's not clear that Musk would or could simply walk away from the deal. His agreement with Twitter includes a $1 billion break-up fee if he backs out, with few exceptions.

Zino said Musk could be using the question over fake accounts as an excuse to cut his offer price of $54.20 a share.

The 5% figure Musk flagged comes from Twitter's first-quarter earnings report, which it released days after reaching the deal to sell the company.

Musk has said he plans to get rid of spam and automated bots on Twitter as part of his vision for improving the company.

The question of fake Twitter accounts has to do with how the company tracks the number of "monetizable daily active usage or users" — essentially, the accounts it shows ads to when people or organizations access Twitter on any given day.

In its earnings report, Twitter said it brought in $1.2 billion in revenue, including $1.11 billion in ad revenue — a sharp rise from the same period in 2021. But its costs and expenses rose at an even sharper rate, to $1.33 billion — resulting in an operating loss of $128 million.

The impact of the delay is uncertain

Twitter announced the deal to sell to Musk on April 25, saying he would take the company private by paying $54.20 per share in cash after a whirlwind courtship between the billionaire and the social media platform.

The company said it expects to complete the transaction sometime in 2022.

In his Friday update, Musk didn't provide any other details about putting the deal on hold, leaving it open to interpretation as to how he might postpone or delay the massive purchase.

The seriousness of the matter is also an open question, as Musk often uses Twitter to air spontaneous thoughts alongside his concrete plans.

Before he tweeted about the Twitter buy, for instance, Musk's previous message demanded, "Stop the war on straws!"

That habit has gotten him into trouble before. In 2018 the Securities and Exchange Commission fined Musk over a tweet in which he claimed to have secured funding to take Tesla private — which, it turned out, was not the case, according to a ruling from a judge.

Earlier this week, Musk said that once he completes the deal, he would reverse Twitter's permanent ban on former President Donald Trump. He called the ban "a morally bad decision, to be clear, and foolish in the extreme."

Fresh questions over whether Musk will end up owning Twitter will add to upheaval inside the company. On Thursday, CEO Parag Agrawal announced a hiring freeze and spending cuts. He also said two top executives were leaving, adding to concerns among some employees of a wider exodus ahead of Musk's takeover.

"There is a significant amount of uncertainty and chaos being thrown at Twitter at this moment in time," said Zino, the CFRA analyst.

"You have to wonder if you're an investor today," he continued, "what kind of Twitter are you going to have if Elon Musk does ultimately walk away from this?" 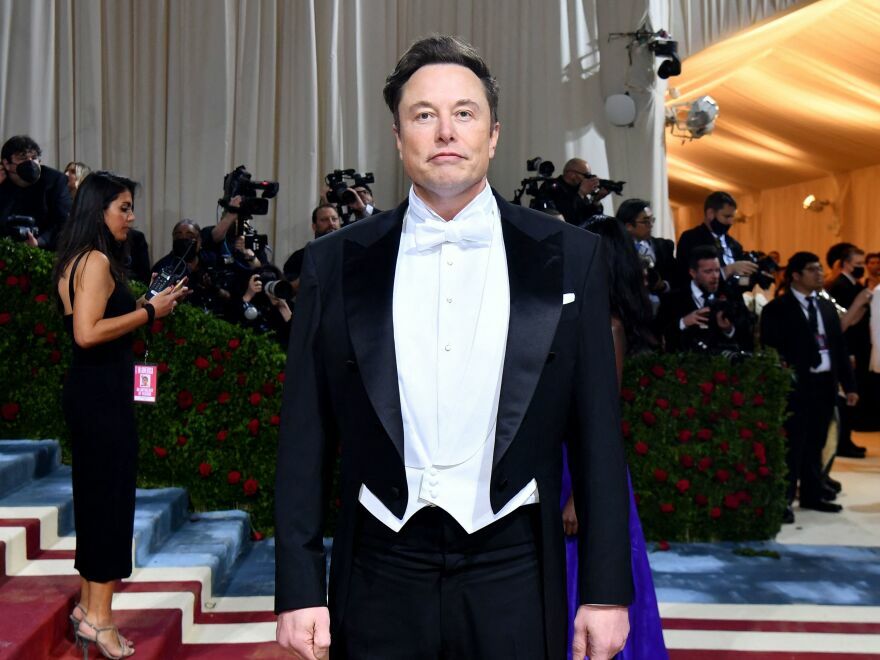